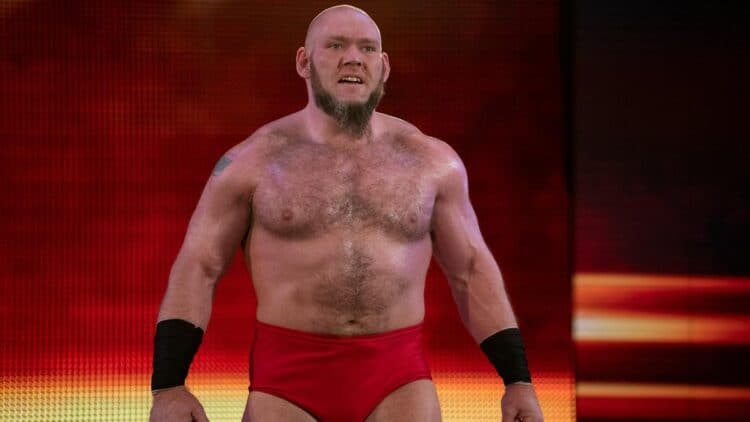 Every year, WWE goes out of their way to push their latest monster as the top heel of the brand. Whether its Andre The Giant, Kane, Big Show, Snitsky, Braun Strowman, Vladimir Koslov, or the man of this article, Lars Sullivan. Three years after reporting to the WWE performance center in October 2014, Sullivan finally made his presence known down in NXT. In an era where independent veterans dominated the landscape, Sullivan stood out because he was the rare big guy in NXT. In truth, there was nothing particularly special about Sullivan’s character. He was just another WWE heel monster. He did the typical monster things that the likes of Andre The Giant, Big Show, or Kane have done in the past. NXT tried to give him some layers by making him a smart monster, but he was no different than what we’ve seen in the past. Still, he was surely going to be a favorite of Vince McMahon, so it was no surprise that he was called up to the main roster despite his lackluster time in the developmental brand.

WWE came out the gate strong with Sullivan, though there was some delay in his push due to the reported anxiety attacks. I will give credit where credit is due, based on the reports, it sounds like WWE handled Sullivan’s mental problems pretty well. They were patient with the WWE superstar and actually accommodated his needs because they understood the issues he was dealing with. It’s not every day that you hear about this company handling things with care and sensitivity, so Vince McMahon deserves credit for at least trying to work with the former WWE star instead of punishing him because of his personal problems. Still, Sullivan was doomed from the beginning because mental issues aren’t an excuse for the numerous racist, homophobic, and sexist comments made by him. On one hand, this is a publicly traded company, so WWE should’ve known that the past would come back to bite them in the butt. Reportingly, Vince McMahon and officials knew about the past comments Sullivan made that stirred up controversy. Obviously, that would mean that they did some digging about Sullivan’s past. Now, there’s no telling what extent and changes that the former WWE star went through since his terrible posts. Perhaps Sullivan went to therapy? I’m not here to excuse Sullivan’s horrid comments, but people can change.

Given the fact that Dylan Miley (his birth name) has been apologetic for his past comments then it does seem as if he’s grown out of the immature image that he portrayed during that period of his life. Believe it or not, that’s not what doomed him from the beginning. Of course, his mental issues are what ultimately sealed his fate within professional wrestling entirely as Sullivan admitted to asking for his release during his Fightful interview in 2021. However, had Sullivan stayed, it wouldn’t have mattered much as his character was simply bland. As I previously stated, there was nothing about him that stood out from numerous names WWE tried to push as a monster. The way the company introduced him was sound, with Sullivan destroying Kurt Angle following his retirement match against Baron Corbin during the weekend. Even though he wasn’t able to gain much momentum because of the personal issues, Sullivan just felt like another guy. Kane was a psychopath who had a memorable feud with The Undertaker. Andre The Giant was a rare specimen during his time in the business. And Braun Strowman was build as an indestructible monster, pushing over trucks and other heavy objects. Mark Henry had the “World’s Strongest Man” moniker. The point is that these guys presented something different that made them stand out. Hell, Snitsky had “yellow teeth”. But Sullivan had nothing.

His run was completely forgettable and though he was far from being a terrible wrestler, his personality and charisma just couldn’t stand up to the main event guys on the roster. Plus, the unstoppable heel monster gimmick has a shelf life. Once the monster heel finally loses, the steam is usually taken out of their characters. Granted, it’s not the end all be all as the company could’ve given him something new, but Sullivan’s anxiety issues derailed WWE from truly experimenting on what to do with him. There’s no telling on what the future holds for the former WWE superstar, but hopefully it’s a learning lesson for the company. Putting the same type of guys just isn’t going to cut in today’s modern wrestling culture. Then again, Omos is getting that same treatment, and look how well that’s going so far. Lars Sullivan was doomed from the beginning and not just because of his crippling anxiety.