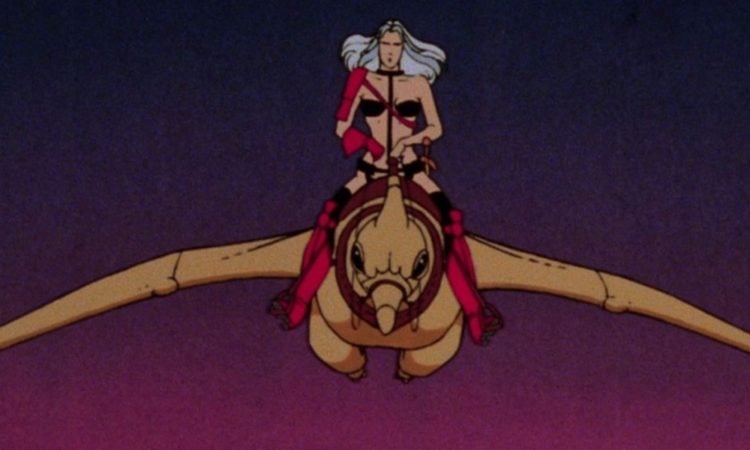 Let’s be honest and say that a lot of the draw of Heavy Metal was that for adolescent males it was a chance to see cartoons that were alluring and sexually arousing in a film that was more than a few minutes long. Apart from that however it did seem to have a good story that didn’t hold up all that well thanks to the animation. Perhaps if it was given another chance however it might actually do something this time and, with the right director and animators, be given the kind of treatment it deserves. If you read the story there is enough there to be entertained by, and if it were brought together in a cohesive unit that still managed to follow the original story line and method it could be something that people might actually pay to go see. Keeping it animated though would be a must since this is how people really know Heavy Metal. The version that was brought out in 2000 was an attempt at the very least to make something credible, but it didn’t quite capture the attention since it considered more of a holdover from the 90s than anything. A new version would have to be updated quite a bit.

The story relies heavily on the Loc-Nar.

The unknown and all-powerful device is something that seems capable of destroying a person or empowering them if it so chooses and is highly influential throughout the film as it travels through the time lines and the story in an effort to do whatever happens to be in its nature, which is hard to tell to be quite honest. All that can really be gleaned from it is that the Loc-Nar is incredibly strong and very forceful in the things it does, and it is highly unpredictable at times since there’s no telling who it’s going to harm and who it’s going to spare. Bringing something like this into a movie is a great idea but one that needs to be tempered since it’s also the kind of thing that can unbalance a story. If the movie was to get revamped then it would need to be used in a cautious way so as not to upset the balance too much.

The use of sex and violence is prevalent in the film.

This is a big part of why the film was and is so popular after all, since the women in this film tend to be sex-crazed, some of them, and will either demand it or expect it at some points. That goes double for the guys of course since it’s easy to be honest and say that male characters in movies are motivated by only a few key things, and yes, sex is one of them. The violence is to be expected as those within the film don’t like one another all that much and will often be at odds when they’re lusting after power or something else. But the idea of anyone fighting in the skimpy clothing that was a part of the 90s and 80s when it came to stories like these would have to be changed. The impracticality of it has come to the fore even when discussing cartoons since a lot of people want a little more realism in their stories. So the tight-fitting but alluring spandex and leather would have to give way to something more tactical that could still be made form-fitting and very appealing. After all, Heavy Metal is known for its high sex appeal and to take that away would mean that the movie would become just another science fiction epic.

The storytelling method isn’t unique but it is popular.

The idea of breaking a story into chunks is kind of difficult since it takes a lot of planning and skill to make all those pieces come together by the end of the movie. The effect however, if it works, is pretty cool since it gets people to watch the movie and finally feel satisfied at one point as they start to connect the dots and see how everything works. Some folks don’t like this method as much since it takes them in a roundabout course without telling them what’s going on the whole time, but others tend to like being led in a manner that doesn’t tell them just where they’re going and will actually lead them on for a while.

Bringing Heavy Metal back, again, would be kind of an iffy proposition and would need to be handled with care since so many people get easily offended by so many things these days. But to be honest it could be done since there is enough of a story there that it could be worked and remastered to give a tale that is not only cohesive but that is bound to capture the imagination of the current generation.