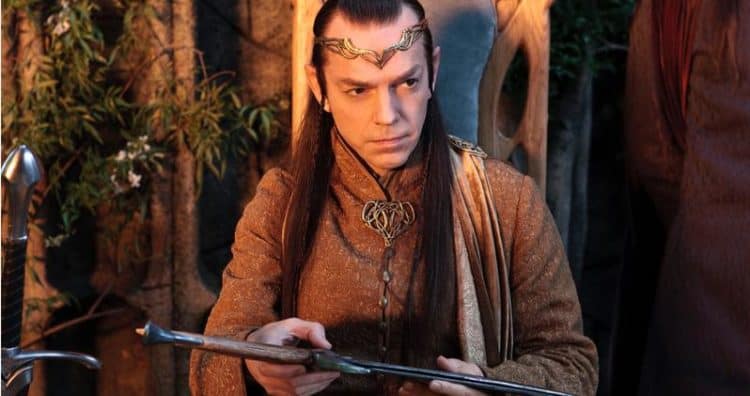 With a Lord of the Rings series coming to Amazon at some point one would think that we might see Hugo Weaving take up the role of Elrond once again, but he’s already put a damper on that by stating that it won’t be happening, and that’s that. The actor has already stated that after The Hobbit series he decided that he’s done with the role and isn’t going back any time soon, if ever, as he wants to explore other roles and flex his acting muscles in another direction. There could have been a chance that he would have been seen in The Matrix 4 if not for a scheduling issue, but at this point, it does feel that Hugo is keeping himself open for other opportunities apart from the roles he’s been absolutely loved in, though one has to think that he knows what he’s doing with his own career. He hasn’t been completely bound by the roles that have kept him in the public eye in a big way, but after existing for so long in the same world that Tolkien created, it would appear that Hugo is ready to move on and find something else. It’s hard to blame him really since a lot of actors don’t like to be pigeon-holed and will actively seek other roles in Indie movies or in other pictures that will challenge them in a way they haven’t experienced before, or in too long.

It does sound as though he has his eyes on the theater as well, where he might seek to further his career. The allure of the theater is strong in many actors as they tend to go back and forth on occasion in order to broaden their horizons and gain acclaim in more than one manner. For many actors, this has worked throughout the years since several individuals have made a healthy living in this manner. Something about the stage just happens to appeal to a lot of actors, as this is where a lot of them get their start, while some start off in commercials and make their way forward from there. For Hugo, though it does sound as though he wants to spend a bit more time on the stage, which is bound to be a move that will help him to continue his forward progress, but will be a bit lamentable since people still want to see him on the big screen. It does feel accurate to say that he’s not done with Hollywood since he’s already made it clear that he won’t steer clear of bigger movies if he’s given the chance. But it does sound as though LOTR just doesn’t hold any further appeal for him. That’s easy enough to respect, but when it comes to the Amazon series it does leave people wondering who’s going to step into his place.

Elrond was an important character at the beginning of the tale after all, as he’s one of those that’s fighting around Mt. Doom when Isildur manages to cut the ring from Sauron’s finger and has a chance to end the story before it ever gets going. Why Elrond wouldn’t simply kill Isildur then and there however is kind of odd, especially knowing what kind of evil would be unleashed when it came to allowing the ring to remain in one piece. But then again, it could have been that had Elrond killed Isildur, the war would have broken out between the humans and elves, a war that would have been devastating to both sides, and would have decimated the remaining heroes of the war in a manner that could have later been exploited by the enemy. But whatever was going through Tolkien’s mind at that point it feels accurate to state that Elrond was going to be a prominent figure in Peter Jackson’s vision from the start since an actor of Hugo’s caliber doesn’t normally find himself in movies such as LOTR for a simple cameo. It does sound as though he had a good time with the rest of the cast and that he valued his time on set, but it also sounds as though he was simply done and over it by the time the final scene was shot. Sometimes an actor finds that spending too much time in one role can damage their career, or that they’re simply tired of it, and feel the need to move on. That’s kind of how it feels in this instance.

So whatever Hugo goes on to do from this point on it’s best to just wish him luck and hope that we’ll see him in another big picture here and there, since he’s not against continuing his career in such a manner. But asking him to play Elrond is going to elicit the same answer each time most likely.