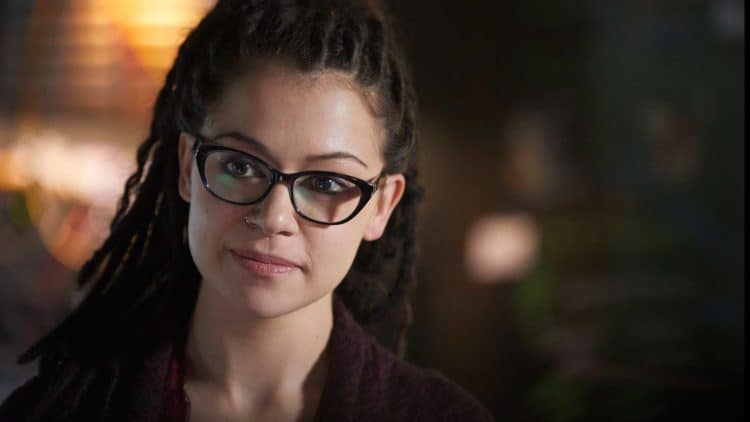 Orphan Black made its debut in March of 2013 and ran for five seasons until 2017. Through the show, we were introduced to the ‘Clone Club’, a group of sister clones led by Sarah Manning, all part of a project dubbed ‘Leda.’ Each of the clones embodied a different personality. Tatiana Maslany did such a great job when she portrayed the clones and was very deserving of her Emmy. Looking at all the characters, Maslany’s acting was so stellar, that it was impossible to imagine a single actor did all the heavy lifting. The coolest one of them all was Cosima. Here are a few reasons why:

1. The Tattoos Had Something To Do With It

Cosima seemed to live in her own little world in which she had an interpretation far beyond what anyone would think at surface level. She had two tattoos. One of them, a nautilus shell, was born out of Cosima’s appreciation of nature. “ But…um, I think, for me, there’s something just about this, sort of, the pattern of nature that’s so compelling to Cosima, “ Maslany said at a past interview. Cosima found beauty in different patterns of life, which made her look at life differently, and devout her time to research. Cosima’s other tattoo was that of a dandelion in its fluffy stage. That, according to Maslany, represented the flowing, changing, growth, and rebirth stages of life, and was inspired by the fact that Cosima sees things through a different lens than other people.

2. Cosima Had An Intense Passion For Science

As a science student, Cosima was the only hope the clones had if there was ever a chance of survival. Not only was she carrying out the research, but she was also the subject. She was living in the clone world and studying to save her kind, which was a difficult place to be. She’d advanced to the point of pursuing a doctorate in Evolutionary Biology, and would fill the other clones in, despite having a respiratory disorder that threatened her life. In many ways, she was the bridge between the complex world of science and the loved ones surrounding her, who knew not the science behind their fate. For instance, when Sarah, Felix ( Jordan James Gavaris), and Alison saw Cosima with a device in her mouth during the first season, she had to explain that it was an electrode, and its role was to keep track of her brain’s activity. Once in a while, Cosima would give suggestions on how she would have gone about the experiment had it been her own. To see her spending hours in the laboratory, or the library, or decorating her laptop with science themes, was evidence of burning passion.

Cosima’s general look was effortlessly pleasant to the eye. Though she defined a couple of nerd stereotypes like wearing a pair of thick glasses, she accessorized those with beautifully arranged locks that said, “ I’m serious, but not opposed to living freely.” She had an inclination towards the color maroon. That’s how we meet her in the first place. That’s how Sarah met her. At the time, Sarah was going on and on with Alison, who was carrying a gun, when Cosima showed up. “ Hey, I’m Cosima,” She said with the calmest tone ever. She was spotting a long-sleeved maroon top and had it paired with a short patterned skirt and a set of black tights. Speaking of black tights, they seemed to be Cosima’s go-to as well, and it didn’t matter whether she was in maroon or print. Cosima always had one other accessory to complete her cool geek look; a scarf, and it often blended perfectly with any outfit, patterned or not. The one time Sarah impersonated Cosima, however, we got to see how she’d look like as a badass character like Rachel. A long maroon trench coat showed a more sophisticated side of Cosima we never knew. It still said ‘geek’, but formal.

4. On The Dance Floor, Cosima Had Sleek Moves

What says ‘cool’ than knowing a couple of great dance moves? Cosima knew how to do just that, and she did it in the smoothest way possible. At Felix’s party, which had portraits of all the clones, he ushered Cosima onto the dance floor and asked her to do what came naturally to her. “ The goddess of wisdom and deep thought.” He called her. It did not take long before Cosima moved to the beat only in a way that she could. The crowd cheered her on, and she was soon joined on the dance floor. Another scene in which Cosima’s sleek dancing skills were put to the test was when it was just her and other members of Project Leda, alongside close family. That time, however, the music was Cosima’s idea. Through she was not feeling well, she put her medical tubes aside and lost herself in the rhythm. Felix joined in, bringing in some moves of her own, and it wasn’t a matter of time before Kira ( Skyler Wexler), Helena, Alison, and Sarah joined in.

5. She Was The ‘Cleanest’ Member Of The Clone Club

Each member of the ‘Clone Club’ had their hands dirty in one way or another. On an average day, Alison was a soccer mom who put her children first. On some days, she was gun-ready and prepared for any intruders. Alison’s biggest ‘secret’ for a long time was the dead body of Dr. Leekie (Matt Frewer) buried in the middle of her garage. Though Dr. Leekie wasn’t killed by Alison, burying a dead body is just as bad a crime. Helena, also known as ‘Killer Clone’, was specifically trained to kill, and she had a ton of blood in her hands, including the time Donnie’s children were threatened and she had to ‘get a refund.’ Both Sarah and Helena were unique amongst the clones because they were able to reproduce. Sarah’s efforts were always aimed at protecting her daughter, Kira (Skyler Wexler), and she would go to great lengths, even impersonate a different clone.  Cosima was the one who never seemed to be in trouble. Save for the fact that she was ailing and determined to save her sister clones, she was squeaky clean.