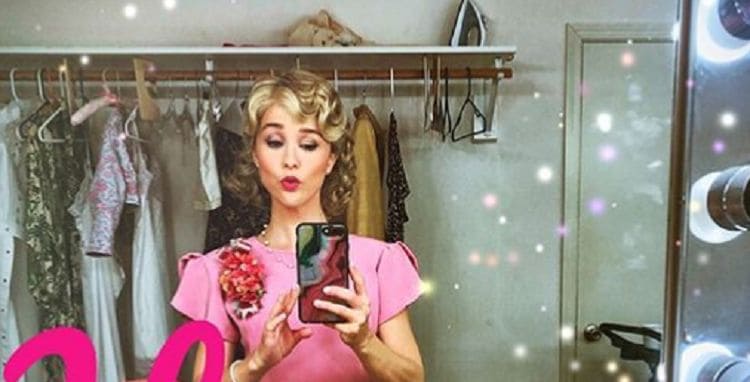 Lily Nicksay is an American actress who played the role of Morgan, the youngest of the Matthews siblings, in the first two seasons of Boy Meets World. She appeared in thirty-eight episodes of the show between 1993 and 1995. Even though this role was almost thirty years ago, it is still the part for which she is best known. Fans were delighted when she reprised the role to star in the finale of Girl Meets World in 2017. This article will take a closer look at everything she got up to in these intervening years.

After she left Boy Meets World she moved away from TV shows in order to work on movies. She had a role in the TV movie The Christmas Box which also aired in 1995. In the following few years she also starred in Up Close and Personal and The Negotiator. She did continue to do some TV work with guest roles in Judging Amy, 8 Simple Rules and The Guardian. From 2002 onward she did take a break from the entertainment industry. She was fourteen years old at this point and the most likely reason for this break was that so she could complete her education. According to The List she completed her high school education in the highlands of Scotland. This would have been a completely different lifestyle compared to the one she had been used to up to this point.

She spent some time after she had finished high school traveling around Europe and also further afield to Thailand. Micheal Jacobs, the creator of Boy Meets World joked that Lily had been the cast member from the original series that had lived the most interesting life in the time that they were off screen.

After she had finished travelling she returned to Scotland for more study and earned her degree here. She studied Latin and Ancient Greek at the University of St. Andrews. This is one of the oldest universities in Scotland and they have very strict criteria for people wanting to enroll in one of their courses. She would have had to have done very well in the exams that she needed to get into this university, and so from this perspective it seems as if the decision to move away from acting and concentrate on her education was the right one.

She married the singer and songwriter Dave Gibson in 2015. He works for the record label BMG and has collaborated with artists such as Bruno Mars, Faith Hill and James Blunt. The couple have not given away many details about how they met, but as Dave is Scottish it seems likely that Lily would have met him while she was studying in Scotland. The couple were married in Scotland surrounded by their family and friends.

After they had been married for around a year the couple moved from Scotland to Los Angeles. The International Business Times reported that this was when she really rediscovered her love of acting. Before she returned to live in Los Angeles permanently she had a guest role on The Mentalist. This was followed up by Girl Meets World and NCIS when she had moved back. When she returned to acting she did a lot of work on stage. This has really been her main focus since she came back to the United States. She is an accomplished theater actress and has been nominated for several awards. Her first part on the stage came in 2002 when she played Hedvig in The Wild Duck. She received her first nomination for an Ovation Award for this performance. It is likely that this is the part that really got her interested in stage performances.

Some of her most notable performances on stage have been as May in The Nibroc Trilogy plays. She appeared in these three plays over a period of three years at the Rubicon Theater Company. She was nominated for Ovation awards for all three of these plays, and won for her performances in See Rock City and Gulf View Drive. She was also awarded the Santa Barbara Independent Award for her role in See Rock City. She starred alongside Erik Odom in these plays and both of these young stars have received critical acclaim for the strength of their performances on stage.

She has also appeared in a number of short films since her return to acting. These include Next Day Blur and Pontiac Angel. Her most recent film role was in the 2019 full length movie Pizza and Whine. Lily plays the role of Stephanie, one of four cousins who reunite for a crazy night on the eve of their grandmother’s funeral.

There were rumors that the decision to change actresses for the character of Morgan in Boy Meets World was one that made Lily and her parents unhappy. However, an official statement from them was never issued. Morgan did not appear at all in the third season, and when she was reintroduced in season four, she was played by Lindsay Ridgeway who was an older actress. The producers of the show said that the decision was made purely because increasing the age of the character gave them more scope to include her in more storylines.

Throughout the rest of her career, Lily has never had anything negative to say about her time on the show. When the cast reunited in 2013 to announce that Girl Meets World would soon begin filming, she was part of this reunion. Entertainment Weekly confirmed that she was one of the cast members that attended the ATX Television Festival where the announcement was made. This would seem to suggest that she had no issue reconnecting with her former cast mates, and that she was more than happy to be associated with the show.

Now that she has returned to Los Angeles and has clearly gotten the acting bug back, there is a chance that we might start to see in her in more movies and TV shows. There is certainly a very good chance that you will be able to see her performing on stage.