Home
Television
What Is The Show “That’s My Jam” About? 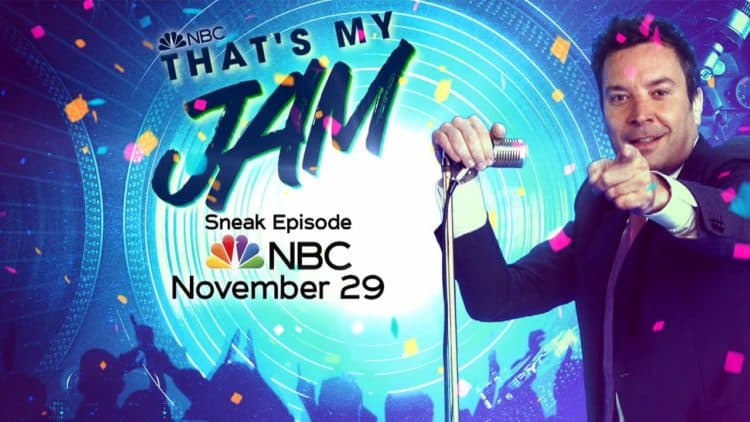 Game shows have been popular for decades, but they have really been blowing up over the last several years. There’s just something about a little good old fashion competition that seems to really resonate with viewers. On top of that, game shows have gotten really creative and they’ve found ways to offer a little something for everybody. Shows like The Masked Singer and The Masked Dancer have really done well for FOX, and now NBC is ready to get in on the action after years of lackluster game shows. One of the network’s latest shows, That’s My Jam, is ready to give viewers lots of excitement and entertainment in musical form. That’s My Jam was originally announced early in 2020. The plan was for the first episode to air after Summer Olympics in 2020. Due to the COVID-19 pandemic, however, the Olympic Games were rescheduled for 2021 which resulted in the show’s debuting postponed. Although the show premiered with a sneak episode in November, it doesn’t officially debut until December 27, 2021. Once the show really hits the screen, viewers will certainly be in for a real treat. Continue reading to find out what That’s My Jam is all about.

What Is The Premis Of That’s My Jam?

With a name like That’s My Jam, most people have probably already guessed that the show has something to do with music, and that assumption would be 100% correct. According to the NBC website, “That’s My Jam” is an hourlong music and comedy variety game show that draws inspiration from the most popular “Tonight Show” games. Each episode features two teams of two celebrities competing for a charity of their choice in a series of music, dance, and trivia-based games and musical performances. Signature games to be played include Launch the Mic, Air Guitar, Don’t Drop the Beat, Perfect Mash-Up, Wheel of Impossible Karaoke, Slay It, Don’t Spray It and many more.” If you’re a fan of The Tonight Show, you’ll definitely enjoy That’s My Jam. However, you don’t have to have seen The Tonight Show to enjoy what That’s My Jam has to offer. The first group of celebrities to appear on the show were the coaches from The Voice, and their winnings were donated to charities of their choosing. Jimmy Fallon, who is the show’s host (and executive producer), was also one of the people responsible for bringing the idea to life. His participation in the show definitely adds an extra layer of fun and it goes without saying that having his name attached to the project is definitely good for ratings. At the moment there hasn’t been any information regarding which other celebrities will be a part of the show. However, chances are that there will be some pretty big names involved throughout the season. So far, the show is already off to a great start with over 4.2 million people tuning in to the sneak peek episode.

A Special Moment For Jimmy Fallon

Even though Jimmy Fallon has been in the entertainment industry for many years, being a part of That’s My Jam is still a huge moment for his career. Not only is the show essentially his, but it also marks the first time he is doing a primetime series for NBC. If all goes well (which it will), this probably won’t be the last time we get to see Jimmy Fallon do his thing during TV’s most coveted time slot.

The Future of That’s My Jam

That’s My Jam hasn’t technically aired its first episode yet and it’s already off to a great start. In early December 2021, the format of the show was sold to the French network TF1 which means the show will be distributed internationally. According to Deadline, Universal’s EVP of Commercial Strategy and International Development, Enrique Guillén, said, “Music is a universal language and we are excited to see French audiences fall in love with this fun and super-sized prime time version of Fallon’s beloved musical segments”.

Even though it hasn’t been renewed for a second season in the United States, the possibility is looking very promising. After all, if the show keeps bringing in upwards of 4 million views per episode, NBC won’t have any reason not to renew it. The show appears to be a very promising opportunity for NBC to really compete in the game show world. For the last several years that space has been dominated primarily by Fox with ABC being a close contender. NBC, however, hasn’t really had much traction recently when it comes to game shows.