Home
Television
Vigilante Is The Most Lovable Sociopath Ever

Have you been keeping up with Peacemaker? If so, you probably like Vigilante, his sort-of partner. I must say, after the last episode, I’m totally in love with this character. And if I might, add he’s a total far cry from his other live-action adaptation in the Arrow series. Needless to say, the one we’re seeing in Peacemaker is a tad more faithful to the comics, at least in terms of his costume. Seeing him in his costume and suck up to Peacemaker was funny enough, but after he was unmasked, we only got to see him act more ridiculous. You know, the kind of ridiculous that only James Gunn can write. The last episode was particularly hilarious for Vigilante. Just a little recap, but the last we saw of Peacemaker’s so-called “best friend”, he allowed himself to be arrested and locked in jail. He did so with the purpose of getting close to Peacemaker’s racist and criminal father so he could kill him. And the funny thing is, he actually got close, but the way he went about it was unbelievably crude. Vigilante, in his regular identity as Adrian Chase, approached Peacemaker’s father and his small group of followers with a deliberately sarcastic game of mocking their racist views.

Obviously, the gang of white supremacists didn’t take too kindly to this, but Adrian Chase just kept pushing it. After delivering one of the most hilarious insults in television history, Peacemaker’s father ordered his followers to attack Adrian, but it only ended in a brutal beatdown. To put if more accurately, Adrian literally wiped the floor with them. To everyone’s shock, he walked away without a scratch. If you took a look at the guy, you would never expect him to be the kind of guy who could take on several thugs at once. That’s probably why he’s Vigilante, but despite his flippant and childish mannerisms, he’s not a joke. I must say, I do appreciate this version of Vigilante more than the one we saw on Arrow. But the interesting thing about the Arrowverse version is that the man wearing the Vigilante costume was not Adrian Chase. He was an original character made for the show and unlike the version from Peacemaker, he was far more serious. It’s been a while since I’ve seen Arrow, but I remember that villain was a bit generic and didn’t stick around too long. He was a good fit for a minor antagonist, but that actually wasn’t the last we would see from “Vigilante”.

Instead of seeing Vigilante again, we got to see Adrian Chase as the district attorney in the fifth season. Although initially an ally for Oliver Queen, it was later revealed that Adrian Chase was only an alias. It turned out that “Adrian” was actually Simon Morrison, the real identity of the dangerous costumed criminal known as Prometheus. This was the closest thing to Adrian Chase that we got from the Arrowverse, and his story ended with him committing suicide. Adrian Chase wasn’t Vigilante, but we got to see both of them, or least variations of them. That’s probably why it was so refreshing to see this character have a significant supporting role in the Peacemaker series. Sure, he began as a rather annoying side character, but I think he’s starting to grow as a more vital part of the show. Even before he was unmasked, he and Peacemaker began to have more fun together, from shooting guns together in a rather irresponsible way, to even having a three-way with a woman, these two sort-of friends are becoming a more colorful dynamic duo than Batman and Robin.

That’s part of the reason Adrian Chase was willing to get arrested so he could kill Peacemaker’s father. Okay, that sounds bad, but Peacemaker’s father is a real dirtbag. In his somewhat deluded mind, Adrian believes that Peacemaker’s father is a bad influence on him and thinks killing him is the best way to eradicate that. He would still be killing his friend’s father, but at least he’s doing it with the best intentions. Don’t we all have that friend who tried doing something he thought was good for us but didn’t realize it wasn’t too good? Don’t lie, you know you’re happy to have that friend. Without a doubt, Vigilante, or Adrian Chase, has got to be the most lovable sociopath ever. Can a sentence like that even exist? Well, it does now and that’s because this character has earned it. And to think, the show has only just begun. I’m very excited to see where his journey will take him next. He’s now out of prison and oddly enough, he seems devastated that he couldn’t kill Peacemaker’s father. In his eyes, he just failed to help his friend. You got to admit, that’s touching.

Needless to say, leave it to James Gunn to make this serious character from the comics a comedic one. In his typical fashion, he took all the dark elements from the comic version and merge them with his own twisted sense of humor. A little spoiler alert if you’re not familiar with the character’s comic backstory, but he began as a crimefighter who used more non-lethal weaponry. Overtime, however, he became more bitter and violent. Basically, he lived up to his Vigilante name and wanted began to kill more recklessly. And yes, he did have a run-in with Peacemaker, who beat the snot of him. Unfortunately, the story of Vigilante ended in tragedy, with him committing suicide. His time in DC Comics didn’t last too long, but he did have a good story. I can honestly see a character arc similar to his comic version play out in the Peacemaker show. This guy clearly doesn’t have all his marbles in one row, and I can see him taking his own life after experiencing a tragedy. What would that tragedy be? The only one I could think of is having a falling out with Peacemaker. It hurts losing your best friend. It’s a bit more complicated in his case, but it doesn’t matter. This guy isn’t all there, but he’s loyal. That would make Vigilante one of the more unique characters in the DCEU.

What are your thoughts, DC fans? If you haven’t checked out the Peacemaker show yet, go get HBO Max and watch. Believe me, it’s well worth the time. We’re only four episodes in, but it has got to be the best DC show so far. And yes, that has to do with the presence of some great characters. Vigilante is one of them and I’m dying to see what happens with him next. He’s already ten times better than the version we saw in Arrow. Proof that not everything has to be serious. Peace out. 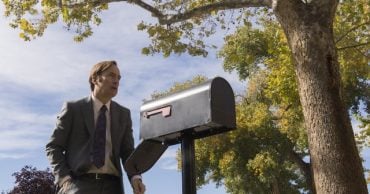 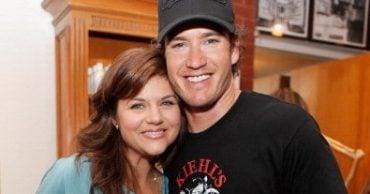 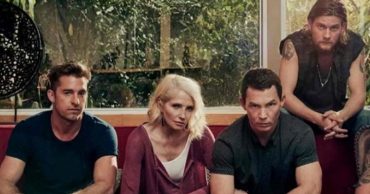 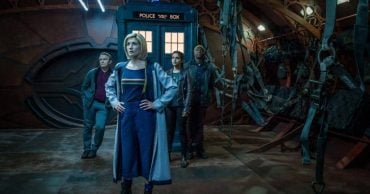 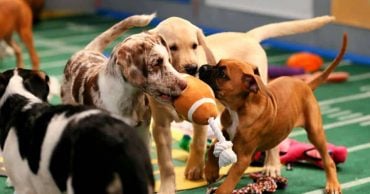