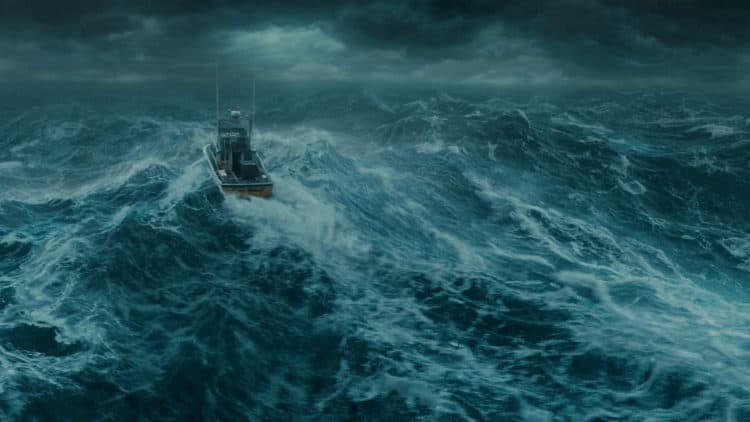 So why is John Mellencamp considered to be such a popular artist? It’s because his music is about as simple as it gets and yet brings home that heartland feel that a lot of people can relate to and doesn’t employ anything other than a very natural music experience. In other words he doesn’t try to challenge the listener or give them a bunch of euphemisms that could leave people wondering just what he meant or what he was alluding to. He brings it forward and outlines just what he’s doing as he’s singing without any need to prevaricate. He’s telling you exactly what he’s singing about throughout the entire song.

The life of a deep sea fisherman has to be something uniquely hard since you’re away for weeks to months at a time from your family and loved ones and are out performing a task that can be docile one day and dangerous the next.   During the course of this movie however the extremes of the job are definitely taken into effect as a crew has to contend with one of the worst storms to ever hit the Atlantic.

I would say that this film gives an unrealistic look at bartenders but that’s not entirely true. Some of them are the type of showmen that are featured in this flick and can do all the things that amaze and impress people. The only difference is that not every bar you walk into is going to be able to replicate these tricks, as it’s not so much the showy nature of the job but how the job gets done and the drink gets into a person’s hand that matters.

It’d be hard to imagine a town that didn’t like rock music and wouldn’t allow it for certain reasons. Living in that type of a town would be even harder for a lot of people, especially adolescents that feel the need to get up and dance every so often just to take the edge off and enjoy themselves. I honestly believe that rebellion would be the order of the day for any such town.

When you really want to get the best of an artist it’s usually wise to watch their videos and listen to their songs without having to go through a movie to do it.  This way you get the feeling and the emotion that they’re going for and don’t have to wait to understand how it conforms to the movie or the show it’s on. It’s a more pure form of understanding the artist to be honest.

Having been around small towns for most of my life this is without a doubt my favorite of Mellencamp’s songs since it speaks to anyone that’s ever lived in a small town and has come to love the atmosphere and feel of it. Big cities are okay and all, but they’re usually best left to those that can handle them on a regular basis. Give me a small town any day.

I can breathe in a small town.