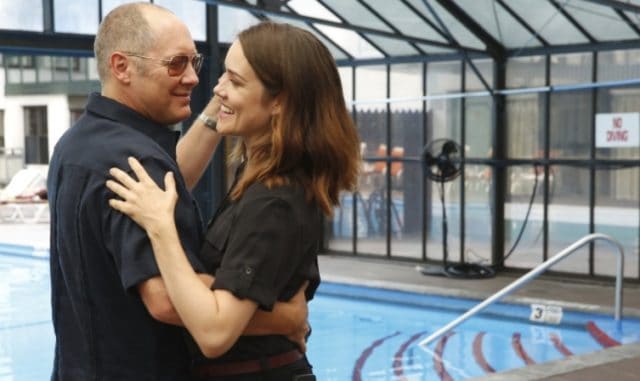 Are you a big fan of the television show Blacklist? If you are, you might have started to notice that season five seems just a little more intense than previous seasons of the show. If you haven’t watched too many episodes yet, you might not want to read on because obviously, doing so might give something away. With that being said, below are five of the most surprising things that have happened so far on The Blacklist, making it one of the most interesting seasons in the show’s history, complete with clips of each episode.

If you’re a fan of the show, you already know that Red and his daughter Liz don’t exactly hit it off. However, viewers were in for the surprise of their life during the first episode of season five when the two of them decided to team up together. This alone is enough to make for some interesting story lines, to say the least. Who knows what will finally become of their partnership by the time the season ends?

You know that nothing good is going to come out of a mysterious suitcase, especially when it shows up in this show. As you might have already guessed, it does indeed involve the remains of a dead body. However, nobody can figure out who it is. Ultimately, Tim has to find help from someone else in order to identify those remains.

This particular episode packs so much stuff into one hour that you can barely keep up. Cops are being shot right and left and through it all, Red decides to make a plan to get himself out of all the trouble he’s gotten himself into. As such, he tries to restake his claim as leader of the pack, so to speak.

This episode is a real nail-biter because it incorporates a crazy individual that’s going around destroying treasures on a national level. That might seem like it’s important enough to make the entire show about this one plot line, but if you frequently watch The Blacklist, you know it never comes down to just one plot line. In this one, Red is completely broke and decides to incorporate some new business ventures in order to start making some cash.

5. Which side are you on? (Ilyas Surkov)

In an episode that will make you wonder if you’re seeing things, Red actually provides information to authorities, trying to help them stop an international terrorist group. Of course, this pits him up against some old rivals in the CIA and then he has to deal with that in the way that only he can.

There you have it. Even if you have never seen more than one or two episodes of The Blacklist, you know that the plot lines can start twisting in circles very quickly. It’s always interesting to see what Red is up to and how he’s going to get himself or someone else out of a mess that he’s largely responsible for.