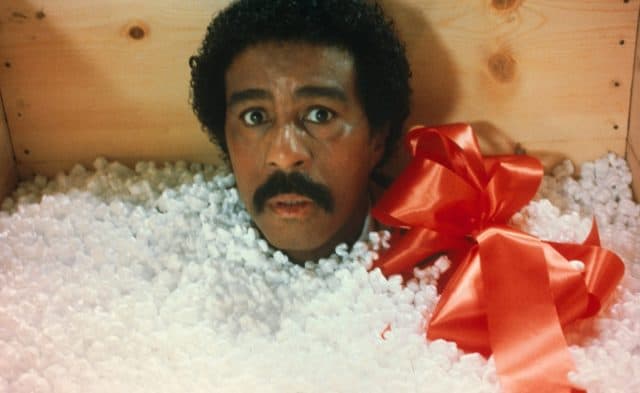 Richard Pryor was a comedy genius in his time and stood among the many as a legend. His movies have been handed down with care to the next generations not exactly in the hope that they’ll be idolized, but that they’ll be remembered and used as a basis for understanding where classic comedy came from. Back in his day he was the man, the guy that could make just about anyone laugh no matter what they were feeling like. His movies were kind of crazy but that’s just fine since people loved them all the same and went out to see just about every one they could.

That’s when you know an actor/comedian is great.

Nobody likes moving. It’s a pain the rear since stuff either gets lost, broken, or somehow altered along the way from one place to another. Added onto that is the fact that if you use movers you tend to have to worry about them constantly since no one wants to trust a bunch of people they don’t know to manhandle their stuff onto and then off of a truck. Thankfully Arlo sets everyone straight by the end of the film.

It’d be one thing to realize that you had a relative you never really knew that just left you a fortune, it’d be another to understand that to inherit it you’d have to spend $30 million dollars in 30 days to get it all. How many people believe that they could spend this much without gaining any assets? You’d have to blow $30 million without getting anything for it other than the rush. There’s likely a lot of people that could do this without even breathing hard.

This would make quite a pair as one man can see but not hear and one man can hear but not see. In a murder investigation however they might be valuable to those that would actually take the time to understand who could do what and what other kind of things they might know. But of course in a film like this the cops aren’t bound to listen because they need hard evidence quickly and without any fuss.

When a rival club owner and notorious gangster starts pushing up on Sugar ray’s business there’s no other way to go but retaliation. As the war escalates however Ray and Quick can see how things begin to get out of hand and quickly. But there’s nothing to be done for it since that bell can’t be silenced and the final culmination of the war between the two men finally ends with Ray and Quick still standing tall and making their way out of town.

Being handed a 125-year jail sentence would be enough to make anyone a little nutty. Try as they might though the guys just can’t convince anyone in the prison that they’ve cracked, thrown a gear, have a screw loose, or are just certifiably insane. Once they get out though the movie takes on a rather ironic note.

Pryor was one of the first kings of comedy, no doubts.