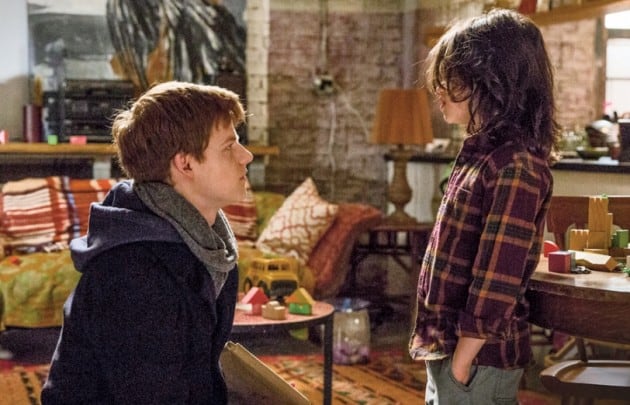 The final episode of The Slap centers on Richie, a character that was benign through most of the series run but played a key role regarding everyone’s future. The teenager had captured photos during Hector’s fateful barbecue, including the infamous slap incident. Little did he know then that his passion would not only drag him to an epic fight of sorts but also open old wounds.

“Rosie,” the previous installment of the show, had left the potential outcome of the trial uncertain, after Hugo’s mom’s parenting qualifications were questioned. Despite that fact, it felt 100% ridiculous that even if the boy’s parents reputations were shred to pieces, Harry could get away with hitting a child. The suit was, after all, about Slapgate. The trial, in a way, mirrored the problems The Slap had throughout its eight episodes: the center of the conflict became blurry and even secondary since the fate of the families involved and their mutual friendships were severely compromised to say the least. This was more of a given situation, though. The Slap only facilitated true nature to reach the surface.

Harry had underlining issues with violence, Gary was letting Rosie drive, Rosie was overcompensating her maternal guilt with overprotection, Hector and Aisha felt trapped in their marriage, Connie had daddy issues… Everyone had wounds that were exposed by the snowball effect of the slap, although not produced by it. The only character who remained in the periphery of it all was Anouk.

Back to the episode’s titular character, Richie is blindsided by Gary and as he returns home from school and is met by an officer who holds a warrant to see the infamous pictures. The boy explains that he deleted the images and then proceeds to surrender his computer and a flash drive. The digital files are recovered, but they are not presented as evidence because the police officer broke the chain of custody. However, to flush Richie as a witness, Harry’s lawyer, Thanasis, who has investigated the teenager’s background, decides to expose a traumatic event from the past. Harry, who cannot get any more unlikable, agrees to resort to that emotional exploration.

The press gets a hold of Richie’s story, that Harry’s defense leaks, and it becomes of public knowledge that before residing in New York, Richie and his mother were living in Allentown, Pennsylvania. They relocated after the teen and his boyfriend became targets of cyberbullying, as pictures of the couple together were posted online. As a result, Richie’s boyfriend ended his life, while he became suicidal and was in a psychiatric ward for some time.

Once Richie’s past nightmare is brought to light, he is bullied at school and relapses. He tries to commit suicide again by mixing pills and alcohol; however, Gary, who efficiently reads between the lines of the note underneath his mentee’s parting gift, is able to find him and get help just in time. Aside from saving his former babysitter, Hugo’s dad admits that he was the one to blame for Richie being involved in the trial and the subsequent dirty games played by Harry’s defense team. The admission of guilt feels genuine; however, Gary’s excuse is weak.

The following day, Richie finally attends to court to give his testimony, proving that Thanasis’s plan backfired. In all honesty, I don’t quite understand this plot hole. It would have been more convincing to have Harry’s lawyer blackmailing Richie with leaking the pictures in order for him not to testify. By exposing the boy, he had no cards left to play, while the teen had nothing to lose and could have been prompted to bury Harry. I could even have find it credible if Harry or his defense team had offered Richie and his mother money, but by executing the unscrupulous plan, they made matters worse.

In his testimony, Connie’s BFF describes what transpired during the barbecue, which doesn’t add anything to what Aisha had claimed before. He merely corroborates her and Rosie’s sayings: Harry hit Hugo, who was not holding the bat (and even if he had, how was the boy a threat to the man?). Then he is pushed to explain the reasons that made him delete the images, as Thanasis implies that he got rid of the evidence because the pictures would contradict his depiction of the events. Richie doesn’t let the lawyer bully him and makes clear that the motive behind his action had everything to do with the content of the photographic files, which showed people he cared for, and even looked up to, displaying questionable behavior. He closes his statement by highlighting that everyone present during “Slapgate” was just trying to go through the day and that the snaps reflected that truth. As efficient as Lucas Hedges’s acting is, Richie’s words, in my humble opinion, under any circumstance, make or break the case. I reiterate: he does not provide anything that had not already been said on the record, or anything the audience hasn’t seen. The scene was the very definition of pointless.

It comes as no surprise that Harry is found guilty, although the judge believes that he has already served his sentence during the period of the trial. She adds that she doesn’t think he would repent more than he does at the time of the sentencing. I am still rolling my eyes at the verdict. To begin with, no anger management was ordered or even suggested. Secondly, whether Harry regrets his actions or not is irrelevant in the law’s eyes, or it should be. His sentence was beyond outrageous.

The judge also warns Gary and Rosie that they will be visited by child services and that they will be monitored to try to avoid  potential neglect, Hugo getting hurt, or him hurting others. Though the magistrate made the right call, she is tougher on the boy’s parents than she is on Harry.

Finally, the justice implies that “Slapgate” was actually trivial and announces that the upcoming case she has to see is about a minor being raped. She proceeds to tell everyone to “count their blessings,” which is a condescending action, yet no one seems to react to that. At the end, the issue seems to be resolved without a deep impact on anyone, since, as I said in the beginning, the slap opened a can of worms (the worms were already there).

There is a jump in time that cuts to Connie and Richie saying goodbye. It turns out she is going away, and he is in school. They exchange pleasantries and promise to keep in touch. They both seem to be fine and over “Slapgate” as they hug in Central Station. The scene is cute; it brings something that resembles closure, but the issue is that Connie and Richie were never that pivotal to begin with.

Back to the adults of the show, Anouk has a party to celebrate her baby being born and the Apostolous are present, even though it had been made clear that she is not fond of Harry–I have given up looking for cohesion. Via dialogue it is made clear that Jamie and Anouk are no longer together, unnecessary lines expose what the absence of the new father was giving away, but yet again, the episode is so advanced at that point and it has been such a disappointment that I doubt anyone cares. Jamie was not that important anyways.

Tension rises as Rosie, Gary, and Hugo, who are unaware that everyone is invited to Anouk’s gathering, show up. Initially, they opt not to have an impromptu reunion with the man who hit their child, although Aisha and Hector persuade them to stay. There is not much of a fight on any end, and nothing feels organic in that scene. As shown, the damage in the relationships in that group were too extensive, not to mention that I believe it to be virtually impossible for someone to socialize with the person who assaulted their child. Bottom line: the scene felt forced.

The most beautiful shot of the episode comes right at the end, when Hugo is followed  by the camera as he nears new mom, Anouk. He sits in front of her, and she lets the boy hold her newborn. While Anouk places the baby in his arms, he is a little bit hesitant, and she tells him that the child is “not going to break.” Hugo relaxes, even smiles, and enjoys the moment. It was a breath of fresh air to see someone treating the boy just like a boy, not like a wounded animal in the forrst or like a demonic incarnation.

“Richie” was not only a weak episode of The Slap, but it was an unsatisfying final chapter to a story that was, most of the time, problematic to follow. The plot was inconsistent, not fully-developed, and many elements felt rushed or implausible, and as a result, it was very hard to care, or to be irritated, for that matter.

One of the main problems The Slap displayed was that most characters were unlikable. It was near impossible to root for anyone, and good intentions did not cut it. Additionally, the context that the fragmentary nature of the show intended to provide was either diffuse or failed to help. To finish, The Slap falls short at successfully displaying any internal change in the characters the audience followed for eight episodes. Anouk was the exception; she started by not wanting children and ends happy with her choice to become a mother. As for the rest of the characters, there is no change, no decisions made, as they just continue going through the motions.

As I close my final review for a show that I believed I would love and instead, for the most part, dreaded, I would like to mention, for the 100th time, that the strength of the acting on The Slap was the one source of faint hope that the miniseries could work out, somehow. As Richie said, these are people I admire deeply; however, as a whole, The Slap didn’t work, and the performances alone could not make up for all the problems the 8 installments presented.

The Slap had all the theoretical components to be a hit, including a gifted cast and meaningful subject manner. The problem is that the drama was also infected with the same virus the world seems to suffer from, which leads to child abuse remaining too grey of a topic.