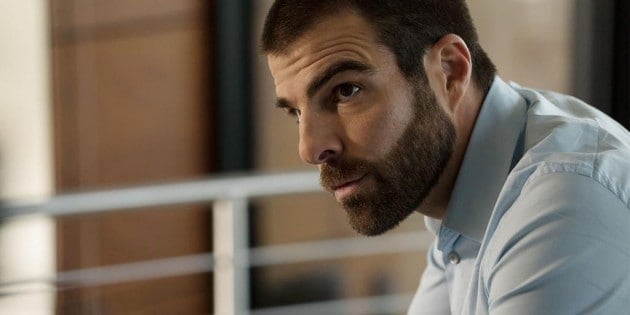 After an underwhelming and messy debut, The Slap followed up the pilot with another grating episode. This noble effort of a show missed the mark once again.

To begin with, there is no use or way to compare and contrast this second hour to Episode 2 of the original series, since the American one is Harry-centric, and the Australian show’s revolved around Anouk. Unaware of what propelled that drastic distance-taking from the original, and a little surprised by that, since the pilot was pretty close to its predecessor, I’m sticking to recapping “Harry.”

Not surprisingly, Harry’s morning routine is methodical and healthy, his house is also gorgeous, and his relationship with his wife, son, and even employees seem to be fluid, which, thankfully, adds some contrast to the character. The problem, once again, is that the narrator of the show (yet again, why was this element was not scratched?), does spoil the beginning of the episode (and I will get to the end later). It does look like no one in the writing team considered the possibility that the audience can figure out that Harry is more than a man that slapped a child.

In the meantime, at Hector’s house, he is once again complaining that his kids don’t have healthy eating habits, which, on its own, does not add much to the plot. On her part, Aisha sees Connie’s birthday gift to her husband and notes that it’s expensive. She then makes the comment that she is paying her too much. There goes one of the most likable characters being ruined. It might sound like an exaggeration; however, there is a lot implied within that single line. How much she pays and how much Connie spends are two separate things; just because Aisha sees an expensive item does not necessarily mean her assistant/nanny wages are too high. And it is none of Aisha’s business how Connie spends her money. Her comment does, however, imply that she likes to keep people on a tight leash, which is disgusting. Thankfully, Aisha cannot go further with her assessment about what Connie does with her own money, because two officers show up at the household to inquire about the slap incident.

Back to Harry, he has discovered that an employee of his is stealing money, instead of filling a report or firing him, he tells him that he will work for free until he pays back the money he took and that he also has to apologize to Sandi, who is in charge of the books of the car dealership. As soon as that situation is under control, Harry answers a call from Hector, who gives him a  heads up about Rosie and Gary and the police. Harry first dismisses the possible danger of having legal troubles, but subsequently gets upset when Hector tells him that he could end up testifying against him.

Later on, Harry meets with his lawyer, who is all over the place and much more interested in getting a new car than on advising his client. Bottom line, the lawyer says that their best chance is to argue that Harry was protecting his son Rocco from bat swinging Hugo; however, the attorney points out that there is precedent of cases where the men hitting the children have spent time behind bars. He suggest Harry to find a witness who is not blood-related to be in  his corner.

Following his lawyer’s advice, Harry visits Anouk on set. She is clear about where she stands; she agrees that Hugo is spoiled and was out of control the day of the incident, but does not think he should have been slapped by Harry. She implies that she would understand Gary and Rosie smacking their son, but not Harry, and firmly states that she is not getting involved. Harry tries to persuade her by offering to gift her a car if she testifies in his favor, and she not only declines once again but admits that she didn’t see the slap. She tells Harry that she was distracted when she was actually looking at Connie and Hector’s furtive interaction.

In the meantime, Gary and Rosie are meeting with the police officers, who manifest that these particular kind of cases are hard to persecute. The policeman also say that they could be hurt due to the lack of evidence, since there is no medical report or pictures, not to mention that the report was made a few days after the incident took place.The couple also hear that just one isolated incident of violence might not be enough.

Later that day, Harry goes to see his son play basketball and gets mad when Rocco decides to pass the ball instead of taking a shot. He clearly wants his son to be a star, to be him, and cannot celebrate small victories. As a result, Harry has a conversation with the teenager and explains that there is a  difference between being on the winning team and actually winning. What he says resonates with Rocco.

The next morning, Harry wakes to find his wife and cousin conspiring in his kitchen. Hector asks to speak to him for a few minutes and then asks him to apologize to Gary and Rosie. He assures Harry that he might be able to convince them to drop the case. Hector also lets slip that he knows Harry has been talking to a lawyer. As soon as Hector leaves, Harry gets irrationally enraged at Sandi for speaking with Hector behind his back and gets physical with her, an action his son sadly witnesses.

Finally, Harry goes to Gary and Rosie’s house to apologize, which he tries to do while Rosie is breastfeeding Hugo. The apology is weak but not terrible; however, Rosie overreacts and brings up the emotional damage that the slap might have caused her son. Instead of keeping his cool or even trying to consider what the woman is saying, Harry accuses Gary and Rosie of being part of a shakedown. Gary reacts to that accusation while Rosie keeps pushing Harry’s buttons to the point where he bangs the table and kicks the chair where he was sitting. That is right: the cops practically spoon-fed Gary and Rosie the information. One incident was not enough, but this one would be strike two.

On his way out, Harry is mad at Hector. He feels that he walked into an ambush, and in all fairness, he did. It is impossible to feel sorry for him, but Gary and Rosie do lose some sympathy points.

After the new incident, Harry goes back to the car dealership, where he celebrates, in the most inappropriate of ways, that one of his female employees has made a big sell. Because he is busy cheating on his wife, he misses her call to let him know that Rocco, who is mimicking his own father, tackled one of his teammates and is now in hot water with his coach.

Once Harry shows up at school he is told that Rocco has been banned from paying for the rest season. In what turns out to be one of the few highlights of the episode, Harry tells the boy that he knows he is not a good example sometimes; he also suggests Rocco to think before he acts. Once Sandi, Rocco and Harry get home, they find out that there is an order for Harry’s arrest; therefore, the officers handcuff Harry and take him away, after he instructs Sandi what to do.

After the arrest, a series of insignificant actions ensue: Aisha tells Hector that Harry got arrested, the hearing takes place, Harry gets out on bail, and Hector replies a text from Connie. Then there is Harry making the promise to destroy Gary and Rosie, which sounds like he wants revenge, but also, like he might do it just for kicks.

At the very end of the episode, the narrator delivers the most irritating and offensive piece of text that I have heard in a long while. It’s a horrendous speech about Harry fighting and fighting back, holding on to everything he has and has made for himself since he came to America. As an immigrant myself, I was disgusted by every single word and the weight that spiel carried. By the way it was worded, the narration does seem to imply that much of Harry’s anger comes from being an expat, someone who started from scratch. It is infuriating that a show can be so near-sighted and inflammatory during this time and age. It is just a series, yes, but it is also one making a point that is misguided and ill-intended. That the root of Harry’s anger-management problems has a connection with him being an immigrant is too big of a statement, and it is baseless. And that alone is despicable and a very tough pill to swallow. For a very valid reason, I feel I have been slapped, along with many of the hard-working immigrants who have been here for a number of years and are grateful to this country.

Not surprisingly, I have no highlights for this episode of The Slap; however, I will paraphrase Harry’s words: he said that just because one is on the winning team, one is not a winner. Well, that is how I see this talented group of actors; just because they are in this show that does not mean they are losers. In fact one of the reasons it pains me so much to give The Slap yet another bad review is the amount of talent I see. Too bad talent alone cannot carry this seemingly doomed series.