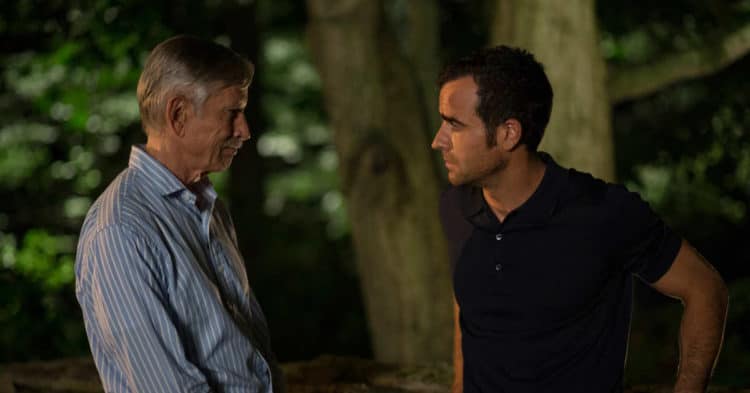 Since the creation of The Sopranos in the 1990s, HBO has been known for its high caliber of content and has provided great shows like The Wire, Boardwalk Empire, and The Watchmen. Speaking of the latter, before Damon Lindelof tapped into the comic book novel, the showrunner was one of the creators of the 2014 series, The Leftovers, is based on the book of the same name by Tom Perrotta; The premise sees an event called, “The Sudden Departure,” take place, with over 140 million people disappearing without a trace; however, the series focuses on Kevin Garvey and the aftermath of the traumatic event. This dour and depressing show lasted for three seasons and was critically praised across the board; however, with so much fantastic television across the board these days, the drama wasn’t much in the conversations when it came to “best of” thus it was mostly shunned by the Golden Globes and Emmys. If you’re managed to miss this brilliant series, here are several reasons why you should go out of your way to binge-watch The Leftovers.

You would think that a show about 140 million people disappearing would be the main theme of the overall series. However, Lindelof doesn’t even explore the idea of what happened to these men and women. This may frustrate some people who need to know what happened to the ones that departed. However, the strength of this series is due to that mystery never being resolved. The series is about the effects it has on the ones who were left behind and The Leftovers does an amazing job exploring broken people. The world of The Leftovers is generally fascinating. It’s a grounded series, but it’s also supernatural. The show explores life, death, the afterlife, religion, and morality. For three seasons, we follow Kevin Garney and his family deal with the troubling world that struggles to cope with the pain of losing a loved one to a mysterious entity. Whether it’s a cult who makes sure that people don’t forget the tragic day, to scammers trying to take advantage of the victims of the departed, the show explores every avenue to great effect, and while The Leftovers is an extremely depressing show, it’s always compelling.

Of course, a show always needs an amazing set of characters, and The Leftovers is no different. In some ways, the series is an anthology, as a new cast is introduced throughout the three seasons. Some of the best characters are Reverend Matthew Jamison, a devout and friendly priest whose faith continues to be tested following the departure. John Murphy, a short-tempter firefighter who has a few screws loose in his head. Murphy has the fortunate luck of not losing any one of his family; however, the corrupt father’s pure hatred comes from the corruption and deceit that’s plagued some of the citizens in Texas. Or Patti Levin, the leader of the Guilty Remnant, a cult that exhibits strange behavior callously reminding victims of the departure. Long story short, there’s no shortage of intriguing characters on the show. As I stated previously, the show does an excellent job of exploring all angles of the victims who are suffering because of the departure, and the intricate storytelling really helps make the audiences connect with these characters. You feel the pain, sadness, anger, and tiny bit of happiness that these men and women experience because the writers do such an excellent job of carefully crafting their characters in the world that’s presented to us. We’re in a world full of f**ked up people, and luckily, these f’d up citizens have an interesting story to tell.

The Tight and Cohesive Narrative

The Leftovers only has 28 episodes, thus there are no filler episodes that drag the momentum down. Don’t get me wrong, filler episodes can help develop characters; however, just like Breaking Bad or The Americans, there’s a clear beginning, middle, and end, and Lindelof doesn’t waste any time. For those of you skeptical of Lindelof’s writing talents because of Lost, there’s a lot of questions that are left unanswered. However, unlike Lost, The Leftovers doesn’t dive into pure chaos and non-sense, and the overall narrative of the three seasons remains cohesive and strong. If you really loved The Watchmen and dig Lindelof’s style of storytelling, then you should definitely give The Leftovers a try. It’s weird, ground-breaking, sad, yet captivating, and addictive at the same time.