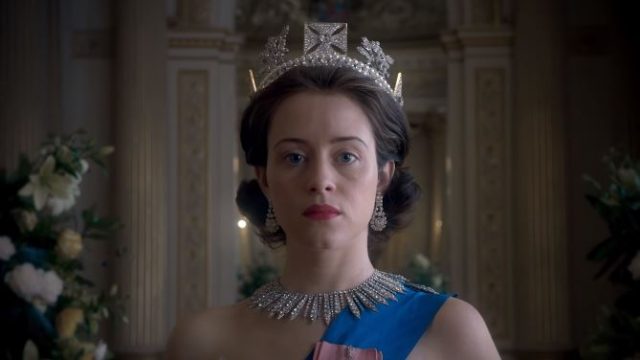 Royalty arrives on Netflix this November in the form of The Crown, the streaming site’s upcoming drama that tells the inside story of Her Majesty Queen Elizabeth II and the Prime Ministers who shaped Britain”s post-war destiny. And while some people may find politics to be boring or (after last night’s presidential debate) just plain exhausting, The Crown appears to offer much more substance and intrigue than today’s real politics, as Elizabeth adjusts to her new position as Queen while fielding off constant attacks and requests from those who seek her power.

The Crown arrives on Netflix on Friday, Nov. 4. Check out the trailer for the show, along with Netflix’s official description of it, below:

The Crown tells the inside story of two of the most famous addresses in the world — Buckingham Palace and 10 Downing Street – and the intrigues, love lives and machinations behind the great events that shaped the second half of the 20th century. Two houses, two courts, one Crown.

Each season of The Crown will explore the political rivalries and personal intrigues across a decade of Queen Elizabeth II’s reign, exploring the delicate balance between her private world and public life.

Season one begins with a 25-year-old Princess faced with the daunting prospect of leading the most famous monarchy in the world while forging a relationship with the domineering, war-hardened Prime Minister Winston Churchill.