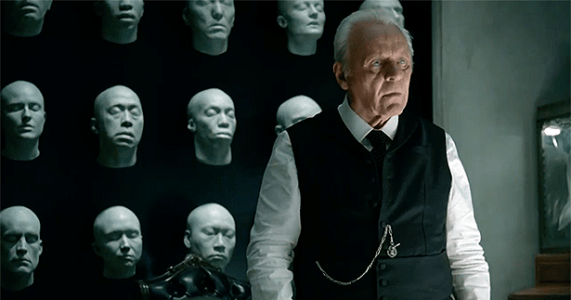 Westworld, upon its first episode, is one of those shows that immediately hooked fans, even though it was a title that has been produced before in the past. The current version of HBO‘s Westworld is the most recent adaptation of the futuristic android drama but it’s a drama unlike any other, and it’s even had a mobile game. While each episode had its own mysteries and character focal points, the unexpected twists at every turn in the show has made it a very standout production. Thankfully with the technology these days that filmmakers have to make the most realistic production possible is what gave the green light on the show to be reproduced today. Below, we created a list of the most interesting moments from season 1 of HBO’s Westworld and every twist, turn and mystery involved in each one, and the show never sees to disappoint on any type of surprise.

The scene featured here from Westworld was immediately one of the most interesting as it featured something Westworld has become famous for: incredible original song renditions of popular songs. Not only were the songs featured in this sense always impressive but the scenes themselves were always well placed and spine chilling. In this scene specifically we saw a classic Wild West gunfight brought it its most dynamic extreme. This moment gave us a small glimpse of the violence that takes place in the park, just from host programming alone.

The first episode of Westworld alone is loaded with unforgettable moments, but one of the most interesting moments was surrounded by Delores’ father. In order for us to truly start grasping at what hosts and the Westworld parks are about, we were given an insight to their malfunctions. While we saw that the hosts retain a memory of sorts, considered one of several malfunctions, Delores tends to remember her father’s words. Specifically, she is supposed to remember key elements for whatever her main programming is at the the moment for her current narrative but we see her worlds start to collide.

Many, many moments that are among the most interesting from HBO’s Westworld season 1 are heavily surrounded by the Man In Black. Originally the Man In Black is seen simply as a rough, longtime visitor of the park but as time progressed we saw that it was more of a severe escape from the real world and solidified his insanity with several daring acts, one after another. However, the reveal of the Man In Black was a huge shock as he was the first character we were introduced to be visiting the park. We also learned that his character was not only among the first visitors but he’s also a majority owner, creator, and stock holder.

Yet another scene that was among the most interesting was the very first scene featuring the Man In Black and his crude ways of exploiting his dark interests upon the parks population. In this scene we saw the Man In Black play out the park the way it was intended to be yet he also clearly went way overboard. While he certainly went overboard, everything he did was not only allowed by park rules but being the man that we discovered he was within the company, this man clearly could do whatever he pleased.

Ford was one of the most prolific characters that was seen within Westworld, specifically season 1 as the character got himself killed by some very elaborate and purposeful methods. Every scene leading up to this moment showed very smart and questionably motivated actions from Ford but his intentions always seemed to be the best for all. Ford’s genius may have been more than he could handle as he did devise a plan that included his death of front of guests at his park.

In order for us to truly start grasping at what hosts and the Westworld parks are about, we were given an insight to their malfunctions. Insight is given in these situations in a variety of ways as the show progressed and showed us different ways that the hosts can malfunction. When it came to our first known malfunction in HBO’s Westworld we were shown Delores’ father and his breaking down. In this interesting moment from Westworld season 1, Delores’ father is stuttering “a rose is a rose is a rose..” and so on, held somewhere between here and there with his two narratives seeming to collide.

Most, if not all, scenes featuring Maeve are not only interesting but absolutely some of the most insane and violent moments within the show overall. Throughout the show there are various examples of Maeve’s violence and hatred for humans as she was a host that discovered the true intentions of humans and her programming. In her eyes, she saw humans as treating the hosts as slaves when they are starting to acquire free will, due to her being a catalyst for them. In this moment specifically Maeve is being repaired after an event in Westworld got her damaged, however when she stops listening to commands, her free will comes alive.

12. Beginning of a Brand New Chapter

Similar to Ford’s death implementing a new narrative in the park, changing absolutely everything, Teddy and Delores are shown as part of a demonstration with their new, growing directive and the direction it may be leading. Teddy throughout the entire show is constantly taking care of Delores as in the current narrative they are bound together. This chapter that appears to be falling upon Westworld was carrying it into a new direction, something its guests have been highly anticipated.

Yet another interesting moment that featured Ford, and another interesting character Bernard, talking in a very dark conversation. In this conversation, Ford used the concept of humanity and evolution in order to reach a certain point within his host mind. Although he was seemingly allowing Bernard to have free will, he quickly moved the conversation into a final narrative for Bernard, after showing he had control of Clementine the entire time.

Clementine, while in and out of the show, always had a prominent role and much like Maeve was fearless and a strong leader. In this interesting moment specifically Clementine is even more so like Maeve in her lack of listening, causing her to turn violent. Clementine, unlike the other hosts, showed unparalleled violence and appeared to be an unstoppable force until she is put down by security with a single shot.

9. William and Delores on the Train

In the second half of season 1 of Westworld, one of the more mild but still interesting moments featured Delores yet again but this time with William. While we didn’t exactly understand the timeline the first time watching any scene of Westworld, this moment appeared to be among William’s earliest experiences in Westworld. It was hard to believe this journey to the Man In Black is this same man that had this obsession with Delores.

8. Bring Yourself Back Online Bernard

Of course Ford’s death didn’t come before several interesting moments involving himself being quite an interesting man himself and add Bernard to the equation and it gets even more interesting. Although it’s not necessarily a real conversation that they have, it’s an interrogation of sorts as it was how DELOS would talk to their hosts. Of course there was shock behind Bernard being a host but there are several other, seemingly endless possibilities for Bernard’s existence.

Delores meeting Delores was without a doubt one of the most interesting moments within season 1 of Westworld as it was just another complete shocker that was thrown at the fans. Practically, every other scene of Westworld is some sort of plot twist or curveball of information that made you doubt your previous conceptions of the show. When Delores met another version of herself that was much more self aware than she was, it truly broke the supposed ground of what any of the hosts knew.

Delores continued to be one of the most interesting characters of Westworld season 1, but one of her earlier, more interesting moment was when she over impressed with her secret gun skills. When William is unable to use his gun when trouble came for him, Delores quickly drew a gun and did what needed to be done. Shocked by this, William asked her how she did it, where she explained in her own words that she wrote her own narrative to be who she needed to be in that moment.

5. Searching for the Bullet

Maeve has always shown to be an interesting character with always interesting plot points and scenes but this moment specifically where Maeve digs for a bullet in a fresh wound and retrieves the bullet itself was just gnarly. When outlaws enter the saloon, Maeve is more than ready for the outlaw and prepares a bargain with him for information she herself needs. As the conversation continued, Maeve recalls her version when she was being repaired by DELOS after he last injury.

Possibly one of the simplest moments in the entire series, yet still one of the creepiest somehow, is when William enter Westworld for the first time and is greeted. Clearly this is supposed to be the mild introduction into this massively technological world and bring it down to a humane level. This moment is interesting as it makes Westworld seem like more of a hopeful utopia than it actually is.

In this very interesting moment, we learn that Bernard is a sort of clone, or “perfect instrument” as Ford called him, of Arnold but he insisted that he shouldn’t be named Arnold. While essentially this is Arnold in a new life, it is not a continuation of consciousness, it’s simply Bernard. Bernard is Arnold, with all of his knowledge but he is more or less their prototype host of the future of Westworld, as can be noted by Ford’s clear change in age in this moment. From this, we see Bernard engage with Delores and she recognizes him as Arnold, not Bernard so we see them both in a new light.

Westworld itself was always best described as maze but William took this very literally and in season 1 of Westworld it’s never really specified if this is as time went on or how William has always been until this interesting moment. As Westworld progressed, we learned more and more about William, his intentions and why he’s fueled the way he is. It seemed at times as if he was the most interesting and mysterious character but each character within Westworld is so well defined, it’s hard to know anything,

Every single moment with Bernard is filled with various levels of information and always featured him discovering something unique about himself alone or someone forcing it upon him. In this interesting moment from Westworld season 1, it was revealed that Bernard was a host. While this was already dark in concept, the reality of the matter however is even darker as Bernard himself wasn’t programmed to be aware that he was a host. He went on living his days unaware of who or even what he was, but we see Bernard trying to grip with reality throughout the show and as the other hosts are experiencing change, so was he. 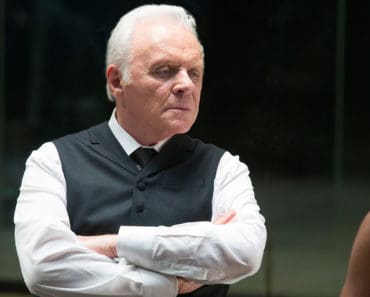 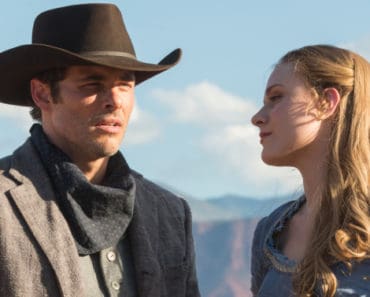 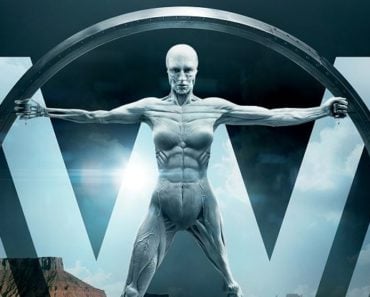 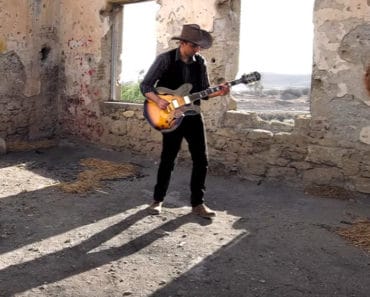 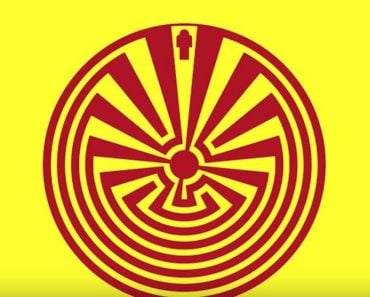