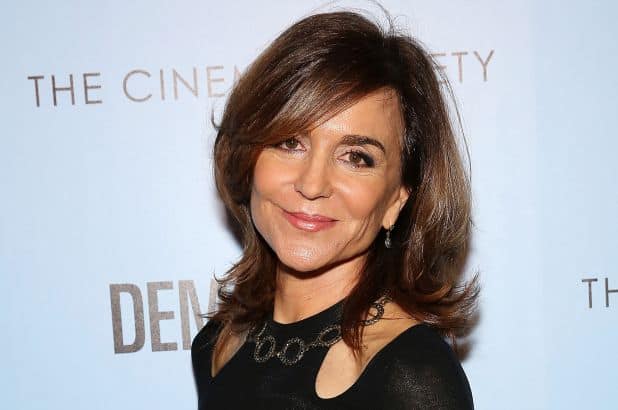 Fame and recognition don’t always go hand in hand it would appear since Polly Draper has been on the scene for a while now and it’s fair to say that she’s made her way in the business over the years and has done what it takes to be a lasting part of the entertainment industry. But one has to realize that just getting there is one challenge among many since trying to get noticed and then keep that popularity are entire entirely different matters that require a lot of upkeep on the part of the celebrities and those that promote them continuously. Sometimes a celebrity can stay on top and remain known for a long period of time without memory of their name slipping, but there are plenty of actors out there that don’t have this luxury, but they still have the memories, the reputation, and the realization that they haven’t been completely forgotten. One thing about starting your career in the 80s or earlier though is that unless one has a long and illustrious career, has a controversial career, or gets in a great deal of trouble somewhere along the way, there’s a good chance that one’s name will be forgotten at one point or another since those that do something spectacular or those that end up in a great deal of trouble tend to be remembered the most, which could be why Polly has been forgotten, in name at least, by so many.

It’s a practical way to look at things really since those that follow the straight and narrow course, more or less, are those that tend to find their way to success at times and yet don’t gain a great deal of renown unless they exhibit moments of brilliance or sink to new lows now and again. Throughout her career, Polly has been pretty stable and has been keeping her head firmly set on her shoulders without getting too wild or out of control that often, at least not to the point that she’s made headlines in any significant way. It’s fair to say that those who don’t broadcast their lives are kind of forgotten from time to time, and it might actually be advantageous in a way since they might not have the paparazzi on them as much and it’s likely that they could get a bit more privacy than many others. Let’s be honest, if there’s nothing dramatic to talk about or to report on then people tend to get bored. The dirty laundry of celebrities, speaking metaphorically, is like ambrosia to the gossip rags and to a great number of fans, who are always eager to hear about something that might have to do with someone that they happen to follow or know about. In Polly’s case, it’s likely that many people might have enjoyed hearing anything that came their way many years ago and they might still be interested for a matter of minutes if the gossip turned out to be juicy enough.

But thankfully this isn’t to say that she’s had to give up her celebrity status since she’s been working steadily for years now and is still very much a part of show business and has continued to do what she does best as she’s had a few projects arrive within the past year. It’s fair to say that as the years have gone by she’s had to change up her act just as much as anyone else, but she’s remained fairly constant and hasn’t sacrificed any quality when committing to her roles. That might sound like an odd statement, but several actors have, over the years, changed things up in such a way that trying to remember their earlier roles would require accessing their old movies to see that they changed for the better or didn’t change at all and desperately need to. Then there are those that changed and became someone that their fans could barely identify with any longer, but thankfully Polly hasn’t opted for that route. Even with the need to change things up according to era, age, and other factors, she’s remained every bit as convincing as she was back in her younger years. The idea that she’s been involved in projects that aren’t as well known is evident, which gives a great explanation as to why a lot of people might have forgotten her name. Not starring in the biggest and most anticipated movies or even those that gain a decent amount of attention can make a big difference, but looking at how her career has gone, it’s fair to say that fan not knowing her name is a minor thing since those that have been in charge of casting her still know who she is, which means that getting fans to pay attention is just a matter of doing what she’s been doing for so long.