Home
Movies
Action
Surviving the Game: Could it Really Happen? 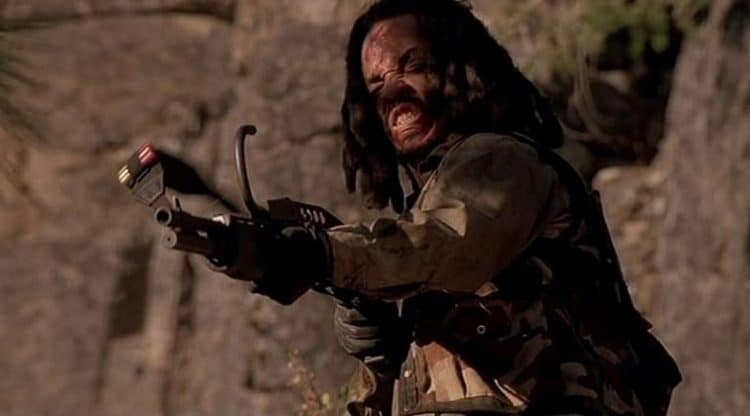 It’s certainly a hope that the rich wouldn’t start thinking that they could hunt the poor for sport, but Surviving the Game isn’t the only movie that’s depicted rich socialites doing exactly that. The other movie that comes to mind is The Hunt, but that movie has more of a political lean to it since the ‘woke’ hunters are going after those that don’t have the same beliefs as they do. In Surviving the Game, Mason, played by Ice T, is a homeless man that is surly and definitely aggressive but still shows compassion and a willingness to contribute to the welfare of others. When his dog and his best friend die within days of each other however he finds it tough to not walk into oncoming traffic. This is when Cole, played by Charles S. Dutton, saves Mason’s life and introduces him to Burns, played by the late Rutger Hauer. When Mason is brought to a cabin deep in the woods, far from civilization, he becomes the prey as Burns, Cole, and several others take after him, promising that if he reaches civilization he’ll live.

But the idea that any such thing could happen in real life is kind of horrifying, if only because the homeless issue, and there is a big issue in a lot of states, is so bad at times that one can’t help but think that there’s no easy solution. there are likely several people out there that are vindictive enough and even careless enough to state that this movie might have had the right idea. You might want to laugh at that just to take the sting out of it, but the truth is that some people are willing to make it known that they think that homeless individuals are worth next to nothing. But hunting human beings for sport is beyond barbaric, especially if one is starting with the illusion that the person selected is going to be given a better life for doing virtually nothing.

Even sadder than this is the fact there are probably men and women out there living on the streets that would make a deal like this. The idea could be that dying in the woods while fighting for the chance to survive would be better than freezing to death on the streets. Some might even think that it’s better to die after a good meal and a good night’s rest than to make camp in a field or outside of a building while trying to fill the long, unending hours with something more entertaining than staring off into the distance. But getting back to the idea of being paid and wooed into a job that leads to being treated like an animal being fattened up for slaughter is a chilling thought, and one that some might talk about in regards to the homeless, but few would likely be able to do if such a thing ever happened. The hunters in this movie were absolute psychopaths, save for two of them, but of course, one was a younger man who was kind of forced into the hunt, while the other was killed after changing his mind about the hunt.

Just the image of rich folks gearing up to go hunting the homeless is perverted in a way that makes this movie stand out in a big way, but it does need to be remembered that Cole was in charge of finding individuals that were of a certain type. He didn’t pick just anyone, as it was important to the hunters that their prey was capable of giving them a decent run. If not for that, then it wasn’t worth it. That might make things sound even worse since hunting the homeless would be bad enough, but taking those that can put up a bit of a fight, being selective about one’s victims, is even worse. One can imagine what kind of trouble would come from something like this since Bumfights was thought to be a tasteless effort to record men on the street being aggressive and performing stunts. These days, many ideas that bring up the homeless and the kind of life they lead tend to catch the eye of those that are easily offended and are willing to advocate for just about anyone.

But Surviving the Game goes well beyond Bumfights since if something like this ever did happen, it feels easy to state that the perpetrators would become the most hated people in the world, at least for a month or so. That might sound kind of crass, but the truth is that if this did happen in real life there would be serious repercussions, but depending on the social status of the offender, it’s likely that not much would happen. If things played out as they did in the movie, however, it might be that karma would catch up with the perpetrator before too long.