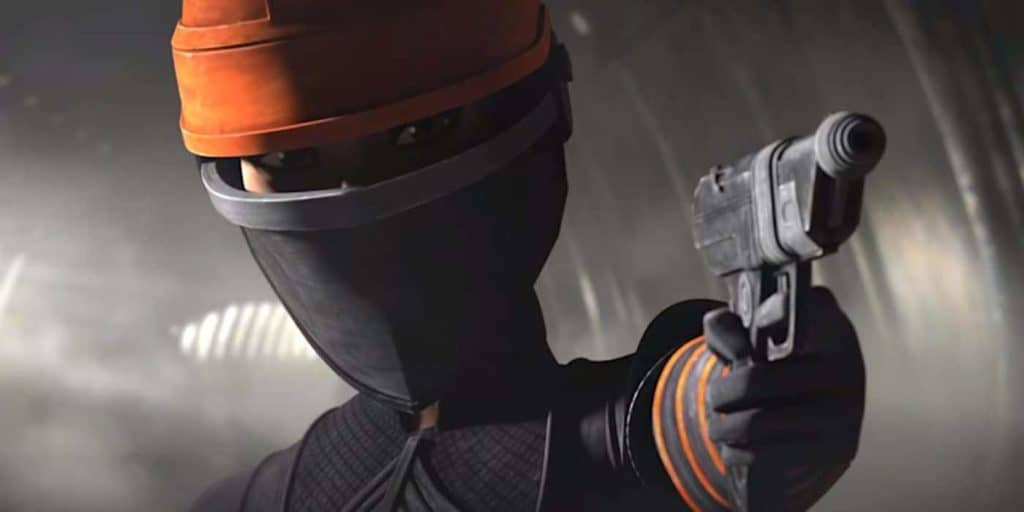 Those that have been following The Mandalorian already known at least a bit about Fennec Shand, since she’s shown what she can do and has managed to ally with Boba Fett, which is a smart move in a galaxy that still boasts plenty of bounty hunters that are always looking to cut out the competition. It would appear that The Bad Batch, the Disney+ show featuring a group of experimental clones that are far different from the rest of them, will be featuring a younger version of Fennec. Some folks might wonder what the difference is, but it’s easy enough to explain since The Bad Batch is taking place during the final days of the Clone Wars, after Order 66 when the Jedi have been decimated and the clones are slowly but surely being seen an expense that’s no longer needed. In The Mandalorian, Fennec is already a seasoned and hardened bounty hunter that has plenty of experience and is one of the deadliest fighters in the galaxy, but that’s also a decade or so after Return of the Jedi, many years after the Clone Wars. The Bad Batch will feature a younger version of Fennic that will reportedly be a lot more brash, cocky, and not nearly as experienced as she would one day become. How the clones will end up meeting her, if they do, is hard to say since there are a few different ways it could happen. One has to think that the clones are on the run and are still considered the property of the Empire, not to mention that they’re dissenters that didn’t adhere to Order 66, apart from one of their number, Crosshair. It would be kind of interesting to see if Crosshair and Fennec meet up somehow since Fennec was seen in The Mandalorian to be a skilled sniper, and Crosshair is, so far, the best sniper in The Bad Batch.

Seeing Crosshair and Fennec slug it out wouldn’t be as impressive in The Bad Batch as some might think simply because Fennec is still a bit too young and wouldn’t be likely to stand up to a seasoned soldier for very long. Plus, as it’s been seen since the opening episode, Crosshair is all business and wouldn’t be likely to let Fennec walk away if he had the upper hand. There is a thought that Fennec could be one of those that might be hired on to go after Hunter and his group since the Empire has never been that squeamish about hiring mercenaries to do their dirty work. Watching Fennec take on the group would be interesting since even her younger self would probably be able to do some damage given that being a bounty hunter means that one has to get tough quickly or stay out of the way. There’s no doubt that the Empire will continue to hound the clones since they are considered their property and they could become a problem. It’d be interesting to see if Boba Fett makes an appearance in The Bad Batch as well since he would still be young and definitely skilled enough to make it work. But so far the clones have been fun to watch since their different skill sets have made them invaluable to each other and their shared experiences have helped to create and maintain the bond that they’ve had for a while. Crosshair is a different type of individual obviously, though it’s become evident from the last episode that he has something akin to feelings for his old squad since he was there when they first started out. But he’s proven that he’s a soldier first and that he isn’t going to go against his programming.

Ming-Na Wen will get to voice the role thankfully since she’s already established herself as the live-action character and will continue to play Fennec when The Book of Boba Fett arrives, hopefully later this year. But it will be intriguing to see a younger version of Shand simply because the skills that bounty hunters pick up in the Star Wars universe are wide-ranging but tend to take time and a certain amount of skill to master since the most successful bounty hunters are those that remain unattached from anyone and tend to be driven in a manner that is nothing less than absolute. So far, Fennec has shown that she’s very good at long-range and up-close combat, but she did get taken out in The Mandalorian by a rookie, which was her mistake. It’s kind of easy to wonder whether Fennec will be given a one-time appearance on The Bad Batch or if she’ll be a recurring character. It does kind of feel as though it might depend on how many seasons the show is meant to last, since if it’s around for more than a season or two then there’s no reason not to use her again.