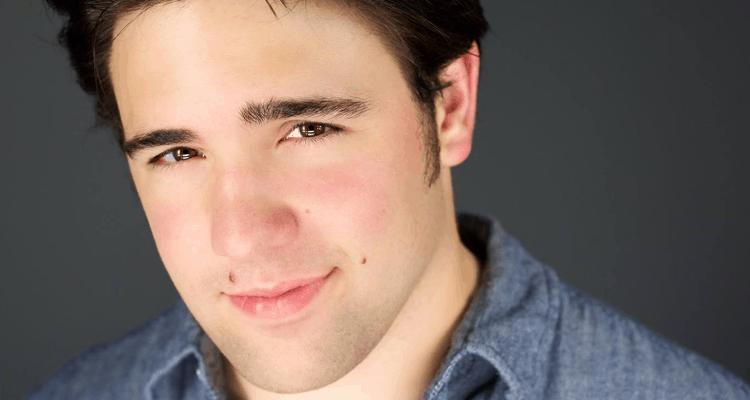 Joe Duca is an award-winning writer and director. His first feature film, “Evergreen,” won several awards. Joe is releasing his second feature film, “Her Name Was Jo,” which is also award-winning and will be available digitally in April 2020 through Gravitas Ventures for North American distribution and Wide Management for international sales. Joe wants to keep creating thoughtful, inclusive, and compassionate cinema for many more years.

Learn more about Joe below:

1. He was homeschooled through college.

According to the ever-reliable scholars at Wikipedia, homeschooling in the United States was originally practiced mainly underground or in rural areas during its genesis in the 1970s. And while by the spring of 1999, it was only 1.7 percent of U.S. students, Joe didn’t know the statistics and didn’t mind too much.

Once a week, he took classes at a local co-op, played baseball and soccer, and regularly got to visit Washington monuments and Civil War battlefields after school. Because of the freedom homeschooling afforded his family, he and his siblings were able to travel the country in an RV, following their father around on work trips, one week claiming Independence Rock, another drinking Jamba Juice on the Sunset Strip. One year, on his brother’s 6th birthday, they found themselves armed with cap guns playing Bonanza with a Montana ghost town all to themselves.

These experiences kept the family close and his siblings closer. In high school, he was awakened to a deep love of Shakespeare and Arthurian legend by the local catholic parish’s homeschool drama club. He even ran his own homeschool film school: buying up old VHS’ from local thrift stores and borrowing classic Criterion’s from the library ten at a time. It was here he discovered that most thrift store VHS tapes star Tom Cruise. And it was in this somewhat silly, circuitous way that he learned from the masters: Kurosawa, Capra, Coppola (Sophia & Francis), Scorsese, Huston, Hitchcock. He quickly became obsessed.

The old family armoire with a fold-out desk where he used to do school also doubled as their TV chest; Joe would secretly split time between times tables and The Talented Mr. Ripley. It may not have been on the syllabus, but that’s the beauty of homeschooling— anything can be part of the curriculum.

Feeling unfulfilled spending so much time working on movie stuff, Joe sought out an opportunity to give back and found it through his writing mentor, Joe Aaron. In 2018, he started helping people with unique abilities and special needs learn farming skills through Shemesh Farms in Malibu, California. This led to work mentoring (but mostly befriending) adults with special needs in the Thousand Oaks community—accompanying them on the job, to recreational activities, and teaching life skills (shout out to Target shopping runs). During the pandemic, Joe found himself as an in-home behavior support specialist for a man in the Hollywood Hills; fittingly, he and his client spent most of their time diving deep into Tom Cruises’ filmography, with special mentions for Minority Report and The Last Samurai.

Like most people, when Joe first moved to Los Angeles, he didn’t really know anyone. All that changed (sort of) when he met Eric Roberts. Well, he didn’t so much as meet him as to get sideswiped by him at Hollywood Gym & Fitness. Eric Roberts (star of Sharktopus & The Dark Knight) opened his door, hit Joe’s Honda Accord, locked eyes, and, seeing there was no long-term damage, proceeded with his day. It was a moment Joe will never forget; for the rest of his life, Joe can say he had “a moment” with the Pope of Greenwich Village.

“I have a special practice. I handle one client.” Ever competitive, when his younger brother Michael got a Fender Stratocaster from their Uncle Bob, Joe had to learn to play too. As they grew older, played together, Joe realized his love of Led Zeppelin and Jim Croce was better used in service of his best friend: his brother, Michael. An accomplished guitarist, songwriter, and lyricist, Joe contributed to his brother’s bourgeoning catalogue, on such rockers as Last Awhile, Gongshow, Sway, Let’s Take New York and Chartreuse. Like David Lynch, he even wrote the lyrics to original tracks from his second feature; Her Name Was Jo.

5. His uncle is a doctor for The Pittsburgh Steelers.

Joe is a die-hard fan of the Pittsburgh Steelers, having been in the stadium, two beers deep in a Troy Polamalu jersey, when Troy picked off Joe Flacco to send the Steelers to the Super Bowl in 2009 against the Arizona Cardinals. He may have picked this up from his uncle, a doctor for UPMC and the Steelers, or from hours spent watching old NFL Films’ VHS tapes he “borrowed” from his Aunt Rosie Duca of Hornerstown.