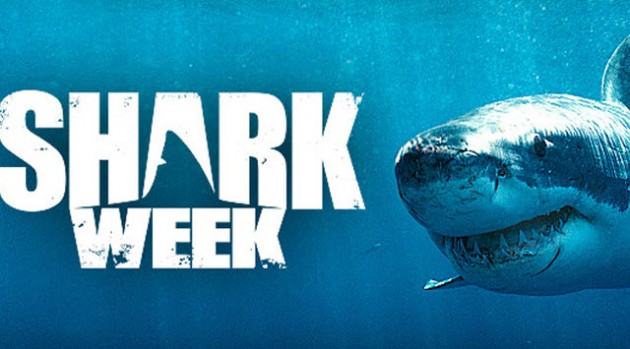 Sharks are one of the most dangerous but misunderstood creatures in the world. They are indeed savage when they’re provoked and can tear a human to shreds if one decides to so foolishly irritate them, but overall they don’t really do much more than nudge a human now and then out of curiosity. The famed “shark week” that has been going on for 29 years now and is a week-long block of shark-based programming that initially gave a lot of interesting information about sharks and how to protect their natural environment. In the past several years and even the last couple of decades though it has devolved into a more sensationalist parade of junk science and hastily made up “facts” about sharks that are simply not true. Believe it or not though, it’s still worth watching.

Here’s a few reasons why it’s still worth your while to tune in.

Future generations will want to know more about these creatures.

More and more kids are being told to question what they see and what they hear. Conformity is still a big issue in the world but if more and more parents continue to encourage their kids to learn and to question what they’re given then the issue of whether sharks are truly dangerous or not will be overturned eventually. To date many people are so afraid of sharks that they won’t even set foot in a lake or river for fear that a shark might have made its way into their favorite swimming spot. The more a person knows about sharks, the more they’ll know that while sharks can venture into fresh water it’s not a routine occurrence. Even if they do, the odds of meeting one are astronomical.

There are still truly educational programs that can lessen the actual fear of sharks.

Someone only has to utter the words shark attack at a beach and people go nuts. There are really only a few times when people have to worry over  a shark attack anywhere. Sharks will generally attack when they are provoked, when they mistake a human for an animal they normally hunt, or when they are in distress. By learning such useful facts it is possible to understand that shark attacks are not the norm when encountering one of these creatures. There are sharks that will attack unprovoked such as the great white and the tiger shark, but still these occurrences are rare.

There is just something inherently interesting about sharks.

If you can skip past the junk science and misleading tales of Megalodons and other such garbage you might realize that sharks are in fact very interesting creatures. The way they glide through the water so continuously and the moment when they do attack their prey is somehow mesmerizing despite the realization that they are deadly in their own right. The sheer wonder they inspire however is more than enough to think that simply watching the shows with the volume turned way down, or off, would still be enough to enjoy the week.

Really, if you can get through the garbage shows and needless worrying about shark attacks then shark week is still enjoyable. Maybe one of these days it will be worth the effort to watch it all the way through the week again.