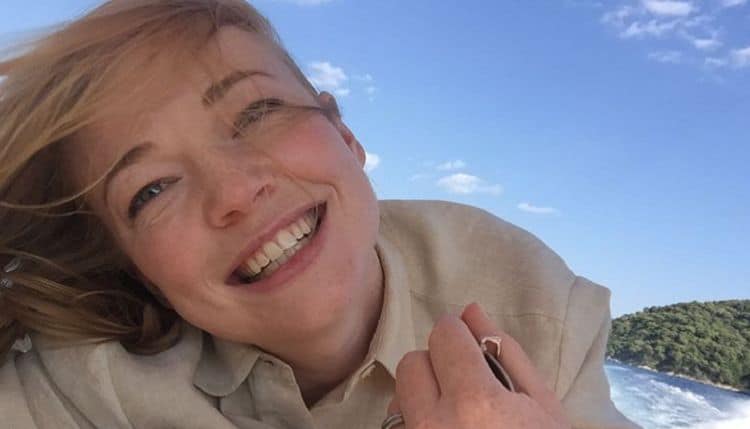 Acting is a career that comes with a lot of ups and downs, but Sarah Snook has never allowed herself to stay down for too long. The talented Australian actress has been working professionally for over a decade, and she’s worked hard to establish herself. Now known all over the world, she has entertained countless people with her impressive acting skills. Sarah is most popular for her role as Siobhan “Shiv” Roy  in the HBO series, Succession. While most of her notable roles so far have been on the small screen, she also has a movie role in the works with the film Persuasion. Keep reading for 10 things you didn’t know about Sarah Snook.

1. She’s The Youngest Of Three

The youngest child in the family often has a reputation for being the most likely to take risks. Many would agree that pursuing a career in acting is a big risk. Sarah developed an interest in performing when she was a child, and she and her sisters would often act out little skits in front of each other.

Sarah was born and raised in Australia and she is very proud of her home. At the same time, however, she also loves to explore other parts of the world and learn about different cultures and traditions. She has been fortunate to do lots of traveling throughout the years. Some of the places she’s visited include England, Spain, and India.

3. She Studied At National Institute of Dramatic Art

Some people in the acting community believe that studying acting is a waste of time. On the flip side, there are many who would beg to differ. Sarah is a formally trained actress who earned a bachelor’s degree from the National Institute of Dramatic Art in Australia. The school posts several other notable alumni including Mel Gibson and Cate Blanchett.

4. She Was Being Considered To Star In The Girl With The Dragon Tattoo

The Girl With The Dragon Tattoo was one of the most highly anticipated films of 2011. So you can only imagine how competitive the audition process probably was. Sarah was one of the actors who was in consideration to play the role of Lisbeth Salander but the role ultimately went to Rooney Mara.

Drake is one of the biggest artists in the world. There are countless people who would lose their minds for a chance to interact with him on social media. Sarah is among one of the lucky 2,335 people that Drake follows on Instagram. We weren’t able to find any sources where Drake has talked about Sarah, but based on the follow he must be a fan of her work.

Being in front of the camera is what has made Sarah so well-known around the world, but she is also very comfortable behind it. She once said, “I really like photography, and I’d like to do more of that kind of thing. If I had to choose a different job within the industry and do it well, I would love to do cinematography.”

Sarah has had so much success over the course of her career that most people probably think that she has passed the point of feeling nerves and anxiousness, but she still has her moments. An article from The Sydney Morning Herald said that Sarah’s “actor anxiety” has often made her feel like she was going to get fired from Succession in the early days.

8. She Was Nominated For An Emmy

Everybody loves getting awards, and when you work in a field like acting they are especially meaningful. Sarah has already won several awards throughout her career, but one of her biggest accomplishments actually has to do with an award she didn’t end up winning. In 2020, she was nominated for a Primetime Emmy award for Outstanding Supporting Actress in a Drama Series  for her role in Succession.

9. Her Grandmother Was An Actress

Sarah doesn’t come from a family with any ties to the entertainment industry, but she isn’t the first person in her family to have an interest in acting. Her maternal grandmother was an actress in London during the 1930s. It’s unclear how big of a career she had at that time.

10. She’s Not Shy About Her Political Views

Politics is one of those things we’re all taught not to discuss in front of mixed company. But with the 2020 presidential election getting closer and closer, lots of people are finding it hard to bite their tongues. Sarah isn’t afraid to get into politics and she has openly expressed her dislike for president Trump.