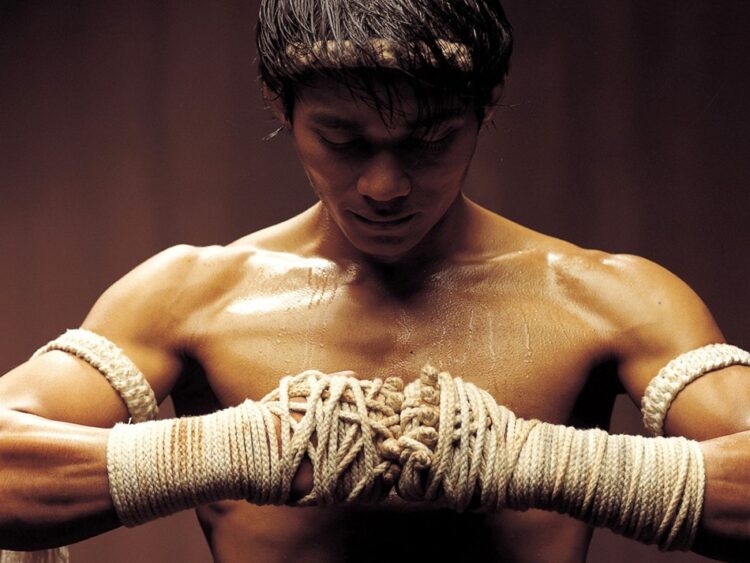 A lot of us have probably done this, sitting around in a group or just with a friend or two wondering who could beat up who, which action stars would wipe the floor with each other, and so on. It’s pretty normal, we want to know who would win in a straight-up fight and who’s the toughest of them all. Some folks would laugh since those that have been featured as tough guys in the movies are often big teddy bears when they’re away from the screen. But things have changed over the years, and now a lot of those that take on action roles are trained in the styles they’re utilizing, or have at least had several years of training in one discipline or another. Tony Jaa and Jackie Chan are two of the biggest names in Hollywood when it comes to martial arts, as both men have their distinctive styles and have been lighting up the screen in a big way over the last several years. While Chan has a great deal more experience than Jaa has in terms of being on screen, many think Jaa is far tougher than Chan was in his prime.

There is evidence of this since Jaa does cut a very impressive figure when he’s on screen and he knows what he’s doing. The truth is that he does play up to the camera quite often since this is the business, and straightforward fights aren’t always as interesting as the dramatic and highly stylized combat scenes that Hollywood turns out so often. But trying to put these two men together, in their prime, would still be a little more difficult than many people are willing to admit. Many see Jackie Chan as a glorified stuntman that knows a little about martial arts but is more flash than substance. Granted, that’s an ignorant statement, but when up against the style that Jaa uses, there is a huge difference.

Jaa is far more aggressive since it’s not often that Chan manages to go on the offensive, as much of his fighting has been defensive and, when necessary, openly aggressive simply because his character has no other choice. Anyone watching Jackie’s movies will no doubt see that there are many times when he doesn’t wish to fight, but will run away or try to defend before he ever throws a punch. There have been moments when he shows naked aggression, but it’s usually when there’s no other way to move forward. In other words, Jackie usually plays a character that doesn’t want to fight, but can get down and dirty when he needs to. By contrast, Jaa’s characters tend to be a lot more aggressive when it comes to fulfilling an objective. Watching the Ong Bak movies makes that very apparent, and people have marveled at the kind of stunts that he can perform. A dig at Jackie Chan and other martial arts actors during one of his movies made a lot of fans pull back just a bit since it felt as though this younger man might have crossed a line by allowing himself to be built up in such a fashion. But the truth is that he is damned good, which leaves the question of who would win in an onscreen fight.

It’s with a heavy heart that I’d have to say that this goes to Jaa, even if he fought Jackie in his prime. There is a reason for saying this since the fact is that Jaa is more aggressive, but not necessarily to his own detriment. Jaa is a fighter that knows how to think, just as much as Chan does. But here’s one issue: Chan is kind of a defensive and very reactive fighter. He’s been seen to go on offense, but not nearly as often as Jaa, and much of his fighting style is about defending against a fight or fighting just hard enough to get his opponents to think twice. He’s had to get into a few on-screen scraps in his movies over the years, but when watching a Tony Jaa movie one knows that he’s going to kick ass at some point, whereas with Jackie it might end before it really begins if he can outsmart his opponent. The act of using their environment might favor Jackie initially, but it’s been seen that Jaa can control his environment as well, so that advantage isn’t quite as strong as it could be.

At the end of the day, the fight would belong to the individual that could last the longest and not slip. Jaa feels like the individual who would be left standing at the end since his Muay Thai would likely overpower anything Jackie could bring against him. Jackie is still a legend in martial arts movies, and it’s easy to respect both men in this case, but he would probably be down and out by the end of the fight.