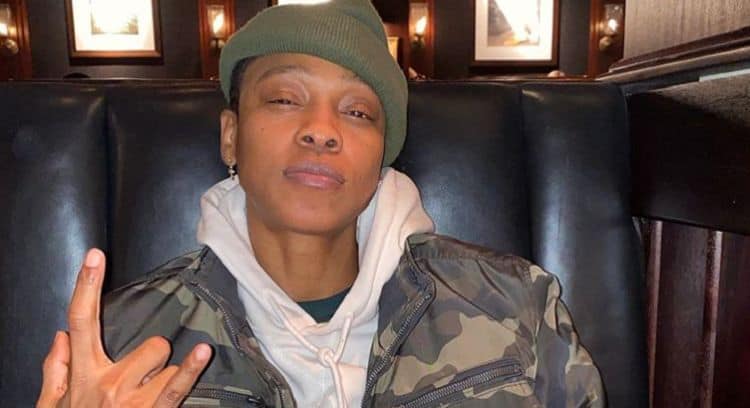 We all know Niecy Nash. She’s been part of our lives as long as we can remember on television, and fans just adore her. She’s funny, she’s brazen, and she’s always looking to make us laugh. Did you know, though, that she just surprised the world and got married? She did, and her new wife is Jessica Betts. We are all clamoring to get to know more about our favorite personality’s new wife, so we did some reading, and we are here to share everything we learned about the newlywed.

She’s a singer, and she’s been able to sing with some of the best names in the business. She has done some big tours, she’s done some reality television. She actually won the Missy Elliott reality show that came out called, “The Road to Stardom With Missy Elliott,” which is pretty awesome.

3. She Worked Briefly With Her Wife

A while back, she was a guest appearance kind of gal on the “Claws,” show her wife films. It was a very cool situation, and it would have been a lot cooler for us at the time had we known that these two would eventually end up married to one another. We think it is a pretty awesome situation, and we are pretty happy about it.

4. She’s Got a Positive Personality

She’s a woman who loves things like positive energy, and she feels a smile goes a long way. You know something? We agree with her. A smile can really do a lot of magic when you allow yourself to do it, and to fall into the feeling of just being happy. She’s got something there, and we hope she lives by that rule in her life as often as possible.

She’s a woman who believes in God and in her faith, and she also believes that her wife is a woman of God. We love that, we want to hear more about it, and we are so happy to hear that they are so deep into their faith. She feels blessed in her presence, and that’s a beautiful feeling.

We cannot confirm this, but that’s the story we keep seeing. The first time that they spoke of one another seems to be that year, and the rumor is that they really did meet that year. So, here’s to four years of happiness that they have found with one another, and we adore it all.

She is from the Windy City, and she finds that this is a place where you can learn so much. Being part of the Chicago vibe while living there is magical feeling. We imagine it had a great deal to do with her ability to form a love of music considering the fact that so many talented musicians find themselves there, and there are so many places to go to feed that love of music.

8. She Has Big Inspirations

We all look up to someone in our line of work, but this is a woman who looks up to some big personalities and some very big names. Her favorites are Aretha Franklin and Whitney and Tracy Chapman. She also loves Lauryn Hill and Sam Cooke. We have to approve of her love of these musicians and their talent as they are some of the best in the business.

9. She’s the First Woman Nash Has Been With

We don’t know how long she’s been interested in women, but she was married twice before to men. Perhaps she was afraid? Maybe she didn’t know she wasn’t into men? Maybe she has no preference and just goes where her heart tells her? Maybe she was in denial and didn’t recognize her feelings for a long time? We can see that when you’ve been married to a man for so long, so this is something that we will always wonder about, but we will also just celebrate their love and marriage, and we will be happy for this happy new couple.

She’s no longer going by Niecy Nash. She’s Niecy Betts now, and that’s such a sweet gesture. We are not mad about it at all.