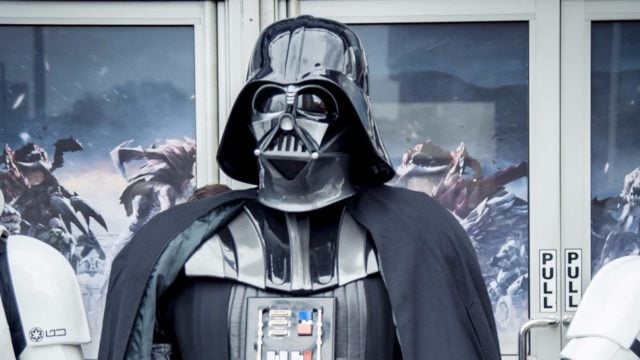 It’s no longer “Luke, I am your father.”  It’s “Luke, I am your hospital technician.”  While many of us Star Wars fans assumed that Darth Vader died on the Death Star in Return of the Jedi, we’d be very wrong. AS it turns out, Vader is actually alive in Tennessee where he has been working as a technician in St. Francis Hospital-Bartlett for the past 10 years. Don’t believe me?

In a short video by the hospital’s enterprising spokesman, Darth Vader Williamson (his real legal name) explained how his parents came to give him the very unique name. The short version is his dad was a huge Star Wars fan and his mom was under a lot of anesthesia.

As you can imagine, Williamson has plenty of stories of how people get completely freaked out when they find out his name. “I’ve been asked to sign autographs, I’ve been asked to take pictures. I’ve had people say, “Hey the opening for Star Wars is coming out, will you go with me?”  The list goes on but needless to say Vader will never have an issue breaking the ice in a conversation simply by sharing his name.