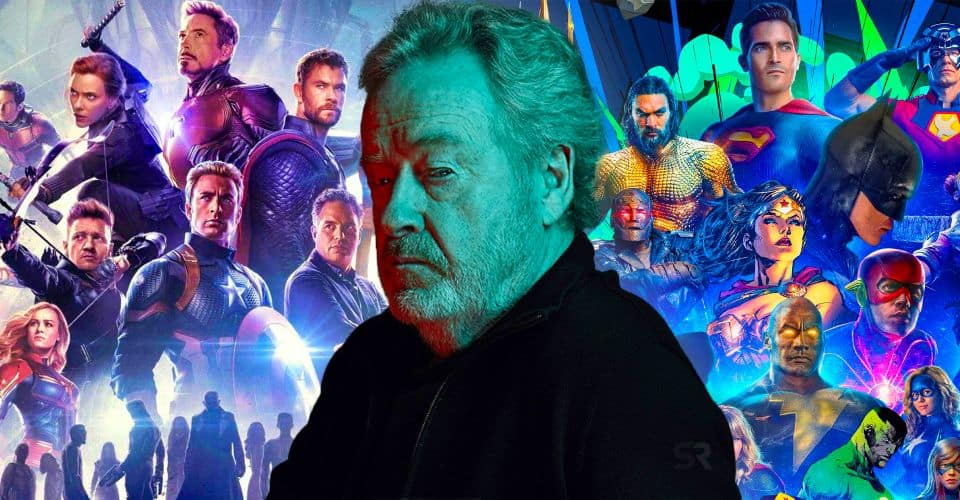 It’s okay Ridley, you know that there’s a saying about opinions, right? It shouldn’t be too much of a surprise that the elite directors such as Ridley Scott, Martin Scorsese, Denis Villeneuve, and even Francis Ford Coppola have made it known that they have little to no respect for superhero movies, but calling them out for poor scripts and ideas, and saying that they’re saved by special effects, now that’s amusing. It’s nothing to be angry or snide about since there’s no need to be petty. But pointing out that Ridley Scott is planning to take on a sequel to Gladiator, a movie in which the main characters were all dead by the end, feels kind of close to hypocrisy since if it does feature the son of Maximus Decimus Meridius, then it’s either going to take on a soap opera feel or a very unrealistic lean that will call for a script that has little to no room for missteps. But hey, it should be a fun script to think about since as I always like to say, a story is valid until it isn’t.

The idea of anyone putting down anyone else’s story in this manner is abhorrent since I’ll fully admit that there are stories out there that I happen to think are stupid, moronic, idiotic, and insipid as hell, but the point is that no matter what I think, there are people who will believe that there is value in the story that I might not enjoy as an individual. Putting down another artist is a simple thing to do, and many of us have done it. But the acknowledgment that these stories that some people don’t like have value, as it’s been proven, is kind of important as well since as fellow creators it’s important to build each other up at times, rather than tear each other down with comments such as those heard by Ridley, per Screenrant:

“Almost always, the best films are driven by the characters, and we’ll come to superheroes after this if you want, because I’ll crush it. I’ll f***ing crush it. They’re f***ing boring as sh**. Their scripts are not any f***ing good. I think I’ve done three great scripted superhero movies. One would be Alien with Sigourney Weaver. One would be f***ing Gladiator, and one would be Harrison Ford…They’re superhero movies. So, why don’t the superhero movies have better stories? Sorry. I got off the rail, but I mean, c’mon. They’re mostly saved by special effects, and that’s becoming boring for everyone who works with special effects, if you’ve got the money.”

Hey, opinions are free and freely given, there’s no denying or guarding against that. But the point is that while the greatness that a director has achieved in the past and might still continue to achieve is easily appreciated and nearly impossible to discount, the lack of character that such a statement shows is kind of obvious, as is the adherence to what can only be called ‘elitism’ at its finest since like it or not, Scott and his fellow directors are great at their job, but when it comes to being accepting they’re definitely lacking when it comes to their personal views. A lot of people would just say ‘Oh well’ and move on, and that’s a good tactic since trying to change the minds of these individuals isn’t bound to happen until they can find the type of mindset that allows them to realize that people love movies that are masterful in their delivery and those that are more like comfort food and don’t challenge them in a way that requires deep thought. The fact is that people don’t always come to the theater for that type of experience. They come to the theater to be blown away by great effects and decent acting for a couple of hours or so. So, with all respect to Ridley, Scorsese, Villeneuve, and even Coppola, they might want to lower their noses a little bit before they trip over their own two feet. They’ve gained their respect and rightfully so for the work they’ve done over the years, but it’s time to admit that they’re getting beat out by a genre that people have been wanting to see for a long time, and can’t get enough of at the moment.

That might chap their hides just a bit, but it’s the reality they’re living in at the moment, and to be fair, when looking back at a few of their movies it’s fair to say that their idea of perfection isn’t always as flawless as they want to believe. We’ve all got our own opinions and we’re entitled to them, meaning that these directors can say anything they want. But sometimes, just sometimes, they might want to think about how close that foot is to their mouth before they pipe up.