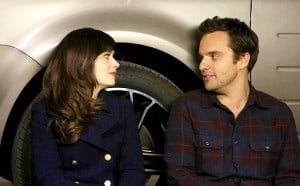 After a week off due to the State of the Union, New Girl returned with a new episode this week, entitled “Parking Spot,” which (in typical New Girl fashion) was filled with awkwardness and amusement. Much of the awkwardness (and a great deal of the amusement as well) came from Nick and Jess, as the two continue to endure the ramifications of Nick “mouth nailing” Jess a few weeks ago in “Cooler,” with an extra level of weirdness when Schmidt finally discovers what happens. This awkwardness combined with Jess, Nick, and Schmidt’s competition over their newly discovered parking spot is what drives this episode of New Girl.

Throughout much of “Parking Spot,” Schmidt’s concern over how “The Kiss” will affect the loft’s dynamic is not radically different from Winston’s worries over what happened (although, as expected, Schmidt embraces his inner douche and takes his concern too far when he kisses Jess, immediately regretting it, saying how he may have made things even weirder). However, with the reveal of the “no-nail oath,” a pact made by Nick, Schmidt, and Coach (Ah, remember him from the pilot? He’s still hanging out with a bunch of other white people over on Happy Endings) to not try and sleep with Jess, Schmidt’s protests become something more than just a funny situation, as they create yet another issue  for Nick and Jess to deal with.

As Jess attempts to discuss the details of the “no-nail oath” with Nick, he initially dismisses his and Jess’s kiss as a dumb mistake. When this happened in the episode, I felt cheated, like the New Girl writing team was taking the easy way out and not being true to the character of Nick Miller or the situation at hand. Thankfully, Nick’s irrational comment is redacted almost immediately afterwards. In the loft’s kitchen, Jess continues to confront him about the “no-nail oath,” asking him why it was his idea to come up with the agreement to begin with. “You thought I was just going to sleep with one of you, I just couldn’t help it?” Jess says. Nick’s response shows why he attempted to dismiss “The Kiss” earlier in the episode: “It was me, Jess,” he tells her. “I couldn’t help it.”  Yet again, Nick’s honesty shocks Jess; she drops a box of fishsticks in response to his words, and the two of them almost end up kissing again, before they’re interrupted by Schmidt crashing through the loft door. Here again, despite all the hilarity that ensues on New Girl, it is the honest and intimate character moments where the show really shines.

The New Girl writers have handled the Nick/Jess relationship perfectly, and “Parking Spot” continues this bit of perfect writing, blending humor with drama and awkwardness with tenderness. At the end of the episode, Nick and Jess certainly are not a couple, but they are much more on their way to admitting their true, developing feelings for another than they were in “Table 34.” This is steady, perfectly paced character development for both Nick and Jess, and I am loving every second of it.

Even though I’ve used the majority of this review to discuss the central A-plot of the episode, the B-plot, featuring Winston’s search for a condom so that he can have sex with Daisy (Brenda Song) in the short window of time they have between each other’s jobs, is hysterical. I still cannot decide whether my favorite scene was Winston’s cries for help at the convenience store or his visit to Cece’s, where he forces her “arranged marriage candidate” from “Cooler” to take out a condom from his wallet and hand it over to him (all in front of Cece). Overall, great work from Lamorne Morris, who proves time and time again that Winston can be one of the funniest characters on the show, even when he’s not interacting directly with the group or part of the main plot.

“Parking Spot” had the awesome mix of goofiness, hilarity, and heart that makes New Girl a must-watch TV show every week. Another very strong episode for the show, which has been consistently firing on all cylinders since the TV season began back in the fall. 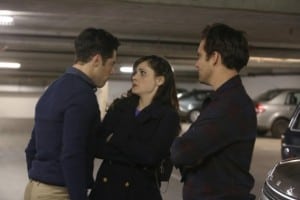 – I may be reading into this too much, but I took the opening scene of this episode as a callback to the last time we saw Nick and Jess brushing their teeth together in the first season episode, “Cece Crashes,” when their feet pointed at each other, a sign of their impending attraction to one another.

– Loved the sight gags of Winston wearing Daisy’s pants throughout the episode (YUM!) and of the different locations and conditions in which Nick, Jess, and Schmidt park their cars. Nick’s parking spot especially was just perfect.

– The awkward scenes between Nick and Jess are simply ripe for comedy. Not sure which scene was better: Jess’s embarrassing seduction of Nick or the pair’s “weird off” in the hallway.

– Again, there was a Coach reference in this episode! And it was awesome. Damon Wayans Jr., please come back to New Girl when Happy Endings is cancelled after this season (And I say this with great sadness as I am a huge Happy Endings fan, one who is really pissed that ABC is moving the show to Fridays).

– “Destiny might be a lady, but victory has a penis. Direct quote, Scott Caan.” – Schmidt

– “You nailed my mouth. And you nailed it good and hard and strong.” — Jess to Nick

– “I’ll be back faster than you can say, ‘Damn Winston, I’ve taken care of myself already.’” – Winston to Daisy

– My favorite quote of the night is this exchange between Jess and Schmidt after she fails to hurt him with her purple nurple:

Jess: Where are your nipples, man?”

Schmidt: “You’ll never know.” The line delivery by Max Greenfield and the look on his face had me dying with laughter. 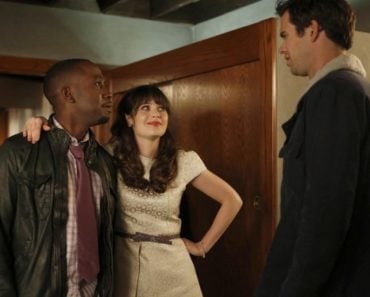 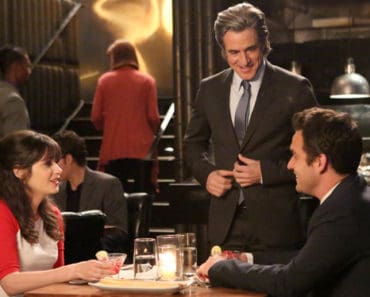 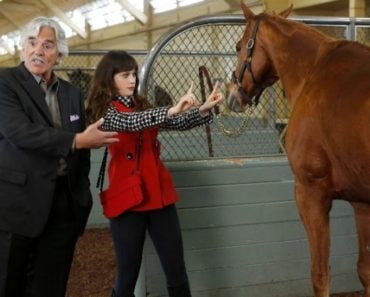 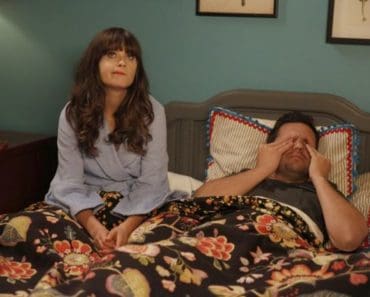 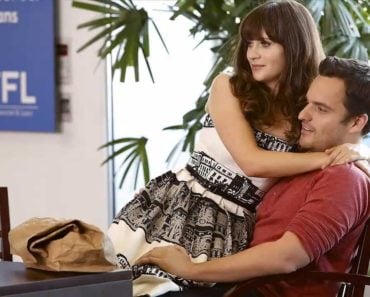