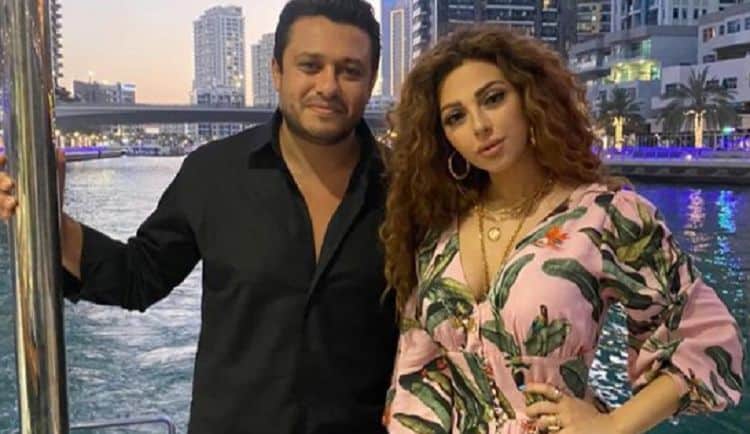 If you have not yet had the pleasure of getting to know Myriam Fares, do yourself a favor. Get to know her. Learn about her. Figure her out. Do some research and learn about the life she’s lived. She is a woman very open about her life, her religion, and what is important to her. She’s not concerned whether others agree with her, or that she’s not following in the ‘normal’ footsteps of what might have been imagined for her own life.

The reason we cannot speculate what her childhood was like is based on the fact that she is from the middle east. She was born and raised in a place called Kfar Chellal, South Governorate, Lebanon. She grew up in the area, she was educated here, and she began her career here.

3. She is Very Famous

She might not be a household name in America at the moment – but that does not mean she will not be. She’s one of the most famous women in the Middle East. She’s known for her singing, her acting, and her dancing, and she is magnificent. This was the life she was made to live, and she is making every moment count.

Fares married her long-time boyfriend in 2014 during an August ceremony. She and her Lebanese American businessman husband, Danny Mitri, dated for ten years prior to getting married, but they did not waste a second having babies. They welcome their first baby approximately a year-and-a-half after they got married. Their son, Jayden, was born on February 6, 2016. She welcomed her second baby on October 20, 2020.

She is doing a wonderful job of making her personal life as private as possible. No one knew she was pregnant with her second baby until she announced the birth of her second son. His name is Dave, and she and her husband were able to keep their pregnancy news to themselves throughout the entire pregnancy, and she is probably much happier for it.

6. She is a Christian Woman

She has never felt that she should have to hide her faith, though she’s been highly criticized for it in the past. Her Christian beliefs are widely criticized by those who feel she is too provocative, and she’s been the target of many within the Arab community who are considered extremists. Her faith is her own, but there are many who feel they can discuss it and judge her for it.

7. She Supports Many Things

She, like so many Christians, feel that she can still be Christian and still support the way others live their lives. She’s openly supportive of civil marriage as well as interfaith relationships. She can live her life the way she feels is right for, but that does not mean she has to judge others or forgo supporting their lives simply because it’s not the way she lives her own.

8. She is on Netflix

Netflix made the announcement in early 2021 that the network was releasing a documentary all about the Lebanese singer. It’s called, “Myriam Fares – the Journey,” and fans are going crazy over it. The entire premise is about her life while she was in lockdown, how she welcomed a baby without the world knowing she was pregnant, and so many other beautiful things that happened to her while she was away from the world with her little family.

9. She and Her Husband Are One Another’s Biggest Supporters

She and her husband support one another. No matter what else is going on in life at the moment, they are always there for one another. They always have one another’s back, and they are always going to have that going for them. They might be distracted, busy, or even frustrated, but they are a team, and nothing prevents them from functioning like a team.

10. Her Documentary is the Least Private Thing About Her

Myriam Fares is one of the most private people in the entertainment business (having a baby without anyone knowing you’re pregnant or that you gave birth?). Letting a documentary filmmaker into her home to film her while she was in lockdown is a situation through and through, and it is the least private thing about her. She does a good job of keeping her life private, but fans are clamoring to see more of her private life, and that is why her documentary is doing so well.