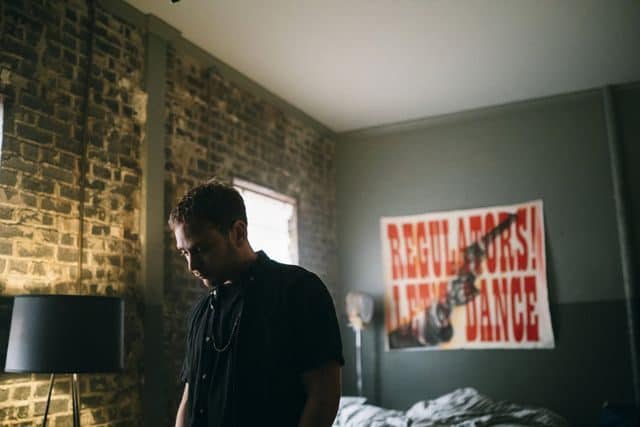 “Order is no longer your friend” is not just a threat a frothing Price makes to Zhang under black umbrellas during “init_5.fve” – it’s the absolute thematic core of this season of Mr. Robot, an idea we’ve seen take shape in any number of internal and external stories. This idea, while certainly flashy and dramatic, is a complete shift from the first season (“your democracy has been hacked” or “Look at me now, Dad!”, depending on how you feel), and this week’s episode is a perfect example of how that about-face has completely changed the week-to-week rhythms of the show, and not in a particular great or inherently satisfying way.

Of course, part of the show’s dissonance from its first season is the utter manipulation of narrative to drive drama: season one of Mr. Robot is full of satisfying payoffs for small character or plot arcs (save for the whole Tyrell murdering a woman thing) building towards a known climax, while season two is playing a much longer game, with all the teases, misdirections, and allusions that go along with it. In season one, we watched Elliot break down the barriers of E Corp with the power of fsociety, along with his mind: this season, we’ve merely observed his mental breakdown, a victim of processes, decisions, and events we’re no longer privy to, as we learn when we find out Elliot is telling the Dark Army what to do, not the other way around.

Instead of actual plot development concerning… oh, I don’t know, the woman Darlene killed, or what the hell game Whiterose is trying to play, or Dom doing anything for the first 40 minutes of the episode, we get Mr. Robot resetting itself for the third or fourth time this season: Elliot’s confused about Mr. Robot again, and he’s losing control of himself just as he’s about to enact the next stage of the big plan, we just learned is actually his big plan. Again, Mr. Robot is using the same facetious dramatic devices to try and string the audiences along: in fact, this episode has not one, but two cliffhangers where characters open doors and we don’t see who is behind them, a soapy element that really just feels like a middle finger to the audience in the context of the story.

Even more frustrating is that one of those people is Cisco, in turn revealing that last week’s closing moment – Darlene cracking Cisco in the head with a metal bat – was just a red herring, and she only murdered one person (save for a bruise, he’s completely fine. Who wrote this episode, Roger Goodell?), a fine example of Mr. Robot continuing to double and triple down on the twists, turns, and delayed revelations that have sucked so much energy out of the show in the first place.

There isn’t a single satisfying moment to this episode: Price exploding on Zhang would be one, if that story line made any sense at this point (we get to see Whiterose piss on a grave, though, so… that’s a thing?). The more and more Mr. Robot shrouds its purpose, the less sense the present makes: combine that with the absolute abandonment of any character development outside of watching Angela begin to hang herself on the noose Price laid out for her, and there’s a lot left on the table in “init_5.fve”, dramatically speaking. The motivations for characters like Cisco and Johanna are completely lost at this point in the convenient darkness in Elliot’s mind; and after how coyly this show’s played with their presence and importance throughout the season, turning them into empty vessels for plot – plot we neither understand, or can discern, given how withholding the writing is – is hardly an encouraging direction heading into the final three hours of the season.

Through nine lengthy episodes, what has really happened on Mr. Robot this season? Darlene kind of hacked the FBI, naive Angela was naive (and badass), and there was some murder. Sure, there’s stuff that’s happened in Mr. Robot‘s world – like Elliot planning a revolution while in jail, Angela being tracked by the FBI, the massacre of federal agents that’s already been forgotten – but much of that has happened in exposition or hidden off screen: despite all the dramatic speeches, narrative twists, and blood shed, nothing has really changed from where we were pre-hack at this point last season, at the end of this very episode in season one (episode nine). We still don’t know what happened to Tyrell, Mr. Robot’s presence is still a point of discussion, the fallout from the hack is still being measured, and Elliot’s connection to the Dark Army (and their “big plan”) still has not been revealed: for all that’s happened this season, we really haven’t been a part of the actual story of the show.

Ultimately, that’s the biggest misstep of what’s been a fairly ambitious season (well, up until episode seven, when that ambition was revealed to be a seven-hour long ruse) is that: the story to this show is still here somewhere, floundering while the show mediates on a bunch of people that refuse to change, and continue to make the same mistakes and face the same existential issues. Yes, that may make it the most accurate reflection of real life on television, but realism – save for the increasingly-small amount of time spent hacking on the show, painstakingly accurate details 0.5% of the audience understands – is not the show’s goal, and never was. Mr. Robot, in its attempts to barely tell a story this season, has stretched the threads of its characters and narratives to an absolute breaking point: even if the final three hours are an avalanche of reveals, developments, and twists, will any of it feel satisfying?

I think the reveal of Ray’s identity in this episode offers a pretty solid answer to that question: does anyone care? I think it was pretty obvious once it was revealed we were in prison what his position was: it was one of authority, and making that the supreme authority of the prison doesn’t really add anything to it. It presents this twist as a subtle bit carefully placed in the background: but it’s indicative of this season’s worst habits, contextualizing a story long after a point where it has any tangible effect, a dramatic pat on the back more than a satisfying reveal to resolve a minor character and plot point. It’s showy, but empty, a feeling becoming all too familiar as Mr. Robot stumbles through the second half of this once-promising season.