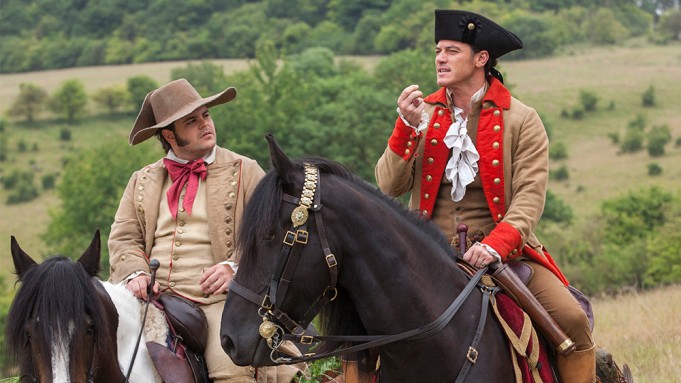 Anytime one hears that a show or a movie has been indefinitely delayed over creative and/or scheduling issues it’s a sign that no matter what someone says that there’s trouble afoot. But maybe this time around it’s kind of a blessing. It’s been a bit of surprise since it was announced that the live-action prequel would be headed to Disney+, especially since any further look at Gaston and LeFou might not yield much, but plenty of fans feel differently since they’ve been wanting to see this show, and were expecting that summer would see this story finally reach production. But that’s not looking likely at the moment since it would appear that the story has been halted in its tracks for the time being. One still has to wonder what in the world anyone was bound to see in this prequel, though it’s always possible that it will be started up again, so we’ll get to see anyway, but until the moment comes when the project is announced to be back on schedule, it feels as though it’s a little easier to breathe a sigh of relief since out of all the ideas that Disney has been coming out with, this one feels a bit awkward.

It’s nothing to do with the realization that LeFou is homosexual and is protective of Gaston to start with, but it does have a lot to do with the idea of why a story about Gaston and LeFou would be that interesting. While some folks want to know more about Gaston and get to the root of why he’s such a jerk and has a serious superiority complex, this has become the norm over the years as many people want to examine the psychology of those that are seen as arrogant individuals that believe themselves to be above others in one way or another, or at the very least removed from the same concerns that many people share.

Trying to understand the villain in a story isn’t a bad thing to be fair, but it’s something that a lot of folks would agree tends to drag the story back a bit, at least in some cases. There are tales in which the villain could very easily be misunderstood, as there are instances when someone will become the bad guy for reasons that might have sounded good at the time, but ended up turning them against those they cared about and could have created a character that wasn’t entirely evil, but became the villain since there was no other direction in which to turn. Gaston doesn’t really come off like this, since from the moment he’s seen in the initial story he’s a jerk, through and through. It doesn’t come as much of a surprise that some have argued for Gaston being far more heroic than some would want to think when it comes to the story. But in an era where even the barest whisper of misogyny still tends to rile up a great number of people, it’s amusing to think that delving into this character even further would be something that people might want to see. Unless there’s a softer side to Gaston that people haven’t seen yet, it feels like an effort that might make some folks question Disney’s decision to give it the green light in the first place.

But then, it could be that Disney is stretching out in different directions due to the lack of ideas coming down the pipeline, but even that doesn’t sound right given that there are quite a few projects yet to be started that have been in the planning stage for a while. The reasoning behind Gaston and LeFou appearing in their own story appears to be an idea that stems from people wanting to know more about a manly man that was introduced as a jerk but could be seen as someone very different from another perspective. There’s nothing wrong with another perspective really since it’s fair to say that Gaston might be seen as a jerk, but he’s “our jerk” as the saying goes. In other words, he’s the type of jerk that people stick around since he could have other qualities that weren’t highlighted in the movie.

That still sounds like the type of Gaston that most people have already seen and understand, so perhaps the delay might be a good time to go back to the drawing board and find something within Gaston’s character, perhaps further back than many people have gone, and discover a vulnerability of sorts that might make him a little more appealing. So to be clear, the delay isn’t great just because it spares people from seeing a story about an arrogant and egotistical character, but it might give the writers a better chance to see what they can do with Gaston to give him a bit of a universal appeal that everyone can enjoy to some degree.