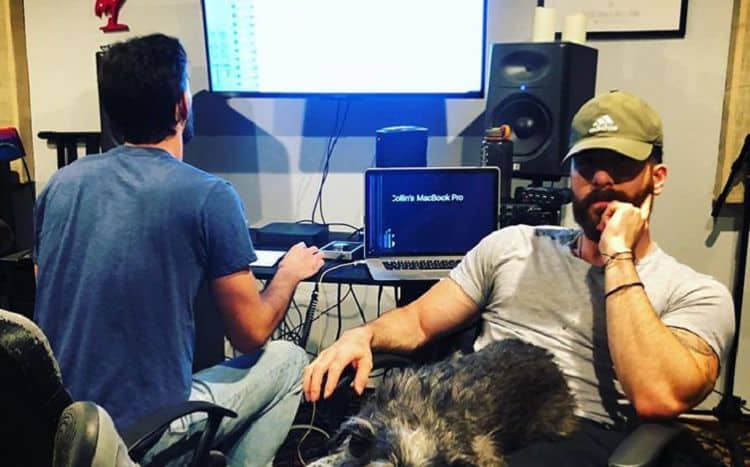 The Bachelor Presents: Listen To Your Heart is a breath of fresh air on television programming as it comes with a unique concept. According to Wikipedia, the how lies in the dating show and game show subgenres of reality televisions. It follows the lives of musicians who try to find love through their vocal prowess. All the contestants of the show are musicians from different genres, and they try to win the hearts of their fellow artists by singing together as well as hanging out and learning more about each other. Among the participants of the show is Matt Ranaudo. He is wowing the female audience through his killer looks and vocals to match. Let us learn more about Matt as we go through ten things you probably did not know about him.

His exact date of birth is not definite, though he indicates his age to be 32. It means his year of birth is either 1987 or 1988. He was born in Milford, a coastal city in Connecticut, where he also spent most of his childhood. Not much info is available about his family, though he opines that he picked his love for music from his dad, Pat, who used to tour as a musician.

Unlike many musicians who ventured to the art when they were a bit older, maybe early teens to early adulthood, Matt began his journey quite early. According to Bachelor Nation Fandom, he started singing when he was only three years old. That is such a young age when most of his peers were still struggling to utter their first words. He looked up to his father, who used to sing and do tours. The apple surely does not fall far from the tree.

Matt Ranaudo shared the love of music with his first cousin Collin Monahan. The two discovered their shared passion when young and complemented each other in their pursuit of singing. The two share many things in common as their mothers are sisters, who married to partnering musicians, their fathers. They started doing their musical exploration professionally when they were quite young, and Brother Stone and The Get Down, their band, came up. Despite joining different colleges, they still united over the weekends for gigs and during summer holidays to make money, as per their website.

4. The Move to Los Angeles

As the two singers perfected their art, they gained a lot of exposure in the Connecticut clubbing scene, where their music was popular. Their fan base grew, and it was mostly due to their distinct vocals and remarkable compositions. The big break came sometime in 2015 when they featured on a local radio station, which showcases up and coming talent. They played their songs, and from the radio session, they got a recording deal in Los Angeles. They took the opportunity and drove 3000 miles across the country to settle in the California city.

5. He is also a Songwriter

When it comes to music, having more than one leaning wall is enough to propel you to exciting heights in your career. For Matt Ranaudo, aside from singing, he is also a songwriter, and together with his cousin and bandmate, they come up with their compositions. It is a possible reason why they have such a unique sound that goes perfectly with their laid back personas and vocal capability.

6. Getting into the Bachelor’s Spinoff

It seems Matt put much focus on his musical career that he forgot about getting a darling. That was the main reason he made a move to be a participant in The Bachelor Presents: Listen To Your Heart. It seems he initially did not have the background knowledge about the show considering he did not know who the host, Chris Harrison, was. He has been on the show for a decent amount of time, and he seems to be bringing his best to stick on and find love. The show will also give his musical career the much-needed attention.

Ranaudo seems to be more of a recluse and does not reveal much about his personal life. There are not much details on his past relationships, though he says the longest relationship he has had is seven years. Wait, the object of affection during the seven-year union was with none other than his beard, such a twist. He hopes to break the chain by getting hitched once he comes out of the reality dating show.

8. His Personal Appearance and Style

When you come across Matt, you will immediately notice that you are in the presence of an artist. He has a laid back style and loves donning t-shirts and rugged jeans. He also sports his love, his perfectly trimmed beard. A tattoo on his left arm completes the free look that he seems to adore very much. Topped up with his fantastic build, you can understand why the female audience wants a piece of this musician.

As an artist, social media is a great tool to bank on as it creates exposure to your brand and helps you take note of emerging trends in the entertainment industry. Matt Ranaudo is active on social media, mostly on Instagram and Twitter, where he has 11.4k and 257 followers, respectively, at the moment. His band is also present on Instagram and has 17.4k followers and 152 posts.

The singer takes on one of the most exciting genres, neo-soul, as the conveyor of his message. He appreciated melodic and harmonic styles, and he lists Stevie Wonder, John Mayer, James Taylor, and D’Angelo as his influences.