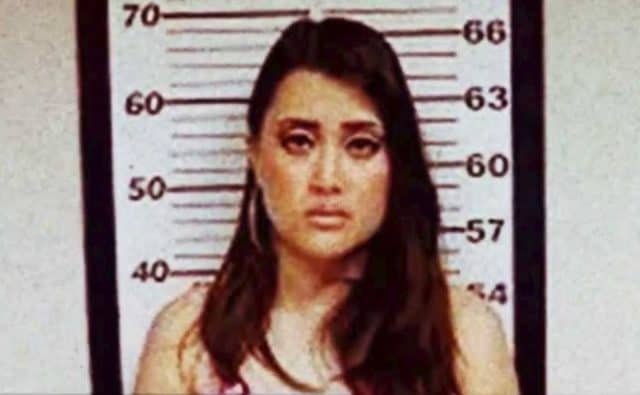 There’s a slightly guilty pleasure that comes from watching those who believe themselves to be all that and a bag of gold potato chips fall on their face, and the story of Lisette Lee, the self-titled princess of Beverly Hills, is one of those. To those that knew her and those that she trampled upon during her reign she was an heiress to Samsung, a jet-setter, a socialite, a boss, and an all-around pain the backside who just happened to be filthy rich. The kind of money she made and threw around like it was nothing was highly effective as an added smokescreen to supplement the lies that she told to keep herself on top and in the driver’s seat so to speak. In other words she was about as full of it as anyone could possibly be, but with a bankroll to bolster whatever wasn’t entirely real.

Lisette Lee is what some people would call a victim and others would call one of the worst types of people. She was born of a union between a Japanese casino mogul and a Korean heiress to the Samsung name. So in truth she did come from very influential ties, but the claims she made about her life were rarely if ever true since a lot of what went into her upbringing was far simpler and less appealing to talk about. It was better to spin a web of lies and be thought of as somebody rather than own up to the truth that her mother and father couldn’t marry due to cultural norms being what they were in Korea. In this fashion Lee managed to create a false life for herself and gather a small number of minions, they couldn’t rightly be called friends, to further the lie she’d built for herself.

A TV show based on this woman’s life would no doubt be solid largely because it would entertain a divided audience. Those that think she’s a victim due to the way her life turned out when she was younger would likely claim that she had no other choice and no role model to look up to when it came to deciding what she wanted to do with her life. However the differing opinion would be that she knew what she was doing and when she was caught decided to spin another fairy tale out of seemingly nothing while admitting that the first one was nothing but a bunch of lies that people either bought or made real on their own. In any case Lisette Lee is a classic narcissist, someone that’s so in love with the idea of herself that she can’t always see past the fantasy to how she’s viewed in the real world. There was obviously a bit of charisma about her to be able to gather so many to her side, but when that wears thin people begin to see the truth behind the lies and it becomes a matter of time before things fall to pieces.

If a show was ever to be made about her then it would likely only glorify the fact that she even exists, which would be inherently dangerous.