Home
Television
Lie To Me
Lie To Me 3.05 “Double Blind” Recap 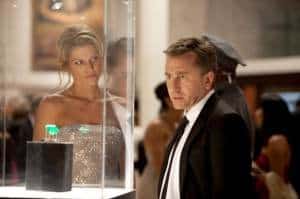 Lie To Me has a tough act to follow after last week’s impressive episode. It doesn’t get off to a good start by excluding Detective Wallowski entirely. I mention that because I figure she’d have a few choice things to say about Dark Blue‘s Tricia Helfer trying to put the moves on Cal.

Torres gets an angry late-night phone call from a museum curator telling her that the place has been broken into, although the two thieves were shot. Cal steps up for her, before he goes to interrogate the would-be robbers. He has a chat with Rick (played by Seth Peterson, better known as Nate Westen on Burn Notice), who tells him they were there to steal an item that’s already been sold to a mysterious buyer.

After that, he meets with Foster and Torres. While Torres is talking, he’s moving her aside so he can admire Naomi (Helfer, who in a bit of trivia was also on Burn Notice as the murderous Carla), who is in the hospital waiting room waiting for a colleague, or so she says. (We get a great look at a tattoo; I’m not sure if it’s the characters or Tim Roth’s, but I’d never noticed it before.) He tries to needle her for more information, but she balks. Rick dies shortly thereafter, and thanks to his awkward exchange with Naomi in the next room, Cal is convinced that there will be a second robbery attempt. Especially when Naomi suddenly appears after he and Foster have words with the curator, and she offers to buy him a cup of coffee.

At a nearby coffee shop, Cal does what he does best: needle information out of people. He gets Naomi to admit that the creepy guy in the waiting room is her ex-boyfriend Jack and tells her that Jack wants to hurt her. He’s not far off: when she texts him for help, she’s hiding in her car while Jack is screaming at her from outside. Cal is able to scare him off, almost too easily. Admittedly, I read the synopsis for this episode earlier today, but Naomi being a con artist is just so painfully obvious, at least to me; Cal hasn’t overtly picked up on it yet, so either he’s slacking off this week, or he’s playing her at the same time. With how omnipotent the writing makes him look sometimes, this makes him either incredibly stupid, or his usual near-infalliable self.

The rest of the team starts their investigation by focusing on temporary employees of the museum, such as a janitor and two painters. One of the painters tells Torres that the curator keeps hiring town cars, pays them in cash, yet never actually gets into the cars themselves. Loker has set up a camera in the lobby to see what the two do when they don’t think they’re being watched, and Torres notes that the one she’s just interrogated is the inside man from how he’s looking at a specific page in the museum’s exhibit catalog. The curator tells them the target must be the Statue of Osiris, but won’t answer her question about the town cars.

Cal has Naomi back to his house, of all places, and tries to be social. She flirts. He finds that unusual. “This is kind of a drag,” she says, “I can’t seem to hide anything from you.” Well, duh. She gets painfully in his face and drops the word “foreplay,” and I cringe. They make out like a pair of horny teenagers, much to my disgust, but thankfully that’s when Rick breaks in. He’s an ICE agent (allegedly). Naomi is not thrilled to see him, especially when he asks why Cal “can’t see the world’s biggest liar.” Well, my thoughts exactly. Thankfully, this also provides Cal a moment to tell Naomi that no, he doesn’t really like her like that. Alright, that makes the last few minutes more palatable.

Torres gets her own answer to the town car question: the curator has a drug problem, and is paying off his dealer. He swears he’s a “recreational drug user,” and Foster knows he’s lying. Torres is beating herself up for the fatalities, even if they were the bad guys.

Cal comes back to the office, telling Foster that Naomi is trying to play him, and sending Torres into the ladies’ room to read her. Torres tells him that Naomi appears to be genuinely into him, but she is hiding something. Cal tries to console Torres, which is awkward but well-intentioned. He and Foster then meet with the inside man (with the classic line, “When life gives you lemons, chuck ’em at people”), getting him to admit that he’s the inside man. He says Naomi knew the dead thieves, but wasn’t involved with the attempted heist. Cal has Rick arrested, and uses that to bait Naomi even further. He dangles a museum gala in front of her, knowing he’s got her feeling a very false sense of security.

Cal takes Naomi as his date to the gala, making pointless small talk about art until Torres comes over to say hello. (She asks him if his tux is a rental; without a beat, he says he stole it. That’s funny.) As he chats with Torres, Cal realizes from the time at the hospital that Naomi knew the janitor, and tells her to keep her eyes open for the guy. He doesn’t let Naomi out of his sight, and drops the first hint to her that he’s on to her scheme. Unfortunately, we have to endure her trying to shove her tongue down his throat again. I like Tricia Helfer, but not in this heavy-handed role.

Loker and Torres are trying to spot the janitor. “Old white people all look alike,” Loker ruminates, to which Torres responds, “You just now figured that out?” Gillian also arrives at the party just in time to banter a little with Cal. Nice to see that their relationship seems to have mended from the previous episode.

Everything is interrupted when a Congressman’s been poisoned and the burglar alarm goes off immediately thereafter. Something’s indeed been lifted, but it’s not the Statue; it’s a really big emerald. Cal races out front just in time to see Naomi’s accomplice getting away in a local taxi. She’s gutsy enough to be standing there when he comes back to the museum, telling him the history of the emerald and that Jack was her partner, before he turned on her. It’s a nice sob story, but he isn’t susceptible to her charms any further. Although he admits she had him fooled. Really? Seriously?

Gillian asks Cal why he let Naomi disappear. He tells her that Naomi’s team stole a fake emerald; he had the curator switch out the real one. She is angry that once again, she’s out of the loop. I can’t say that I blame her. Sometimes, this show does seem like a one-hander. Let’s just hope we don’t see Naomi make a return appearance. Cal might not have had her read, but I had her predicted every step of the way. It’s because of that, that I have to say “Double Blind” is not going to go down as one of my favorite episodes. Better luck next time, show.

Lie To Me is off next week, so it’ll be two weeks before I see you again. Until then, don’t get too attached to people you meet in hospitals. 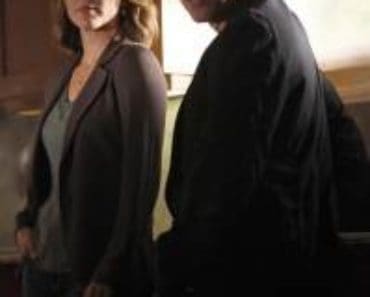 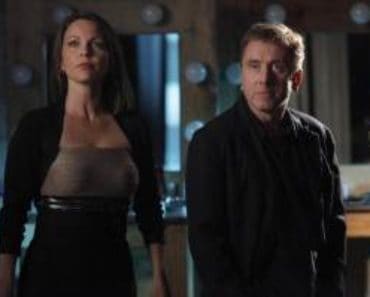 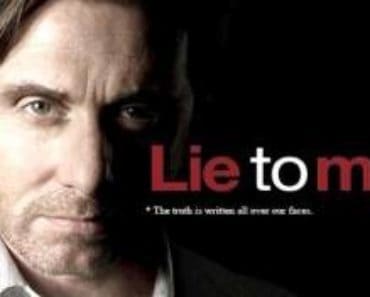 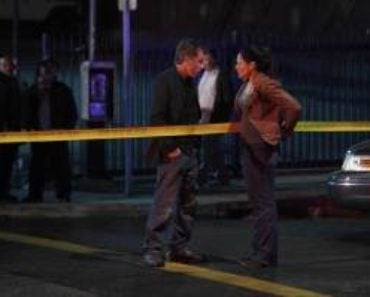