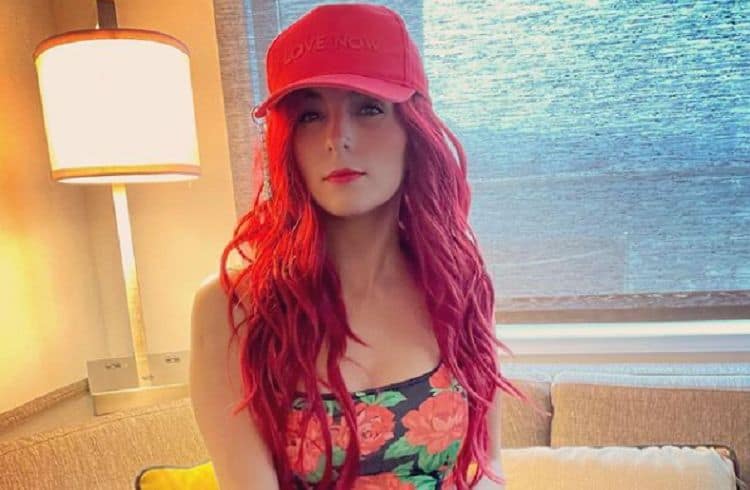 Leslie Mckenzzie is an internet sensation. She’s yet another of the many young women who have found fame by posting videos and clips of herself on the internet, and she’s made it big. She’s big on multiple channels, and she’s not slowing down anytime in the near future. However, she’s one of those women who goes to show that you can have tens of millions of followers and still find that most people in the world have no idea who you are – and now people want to know more about her the more famous she’s becoming.

Leslie Mckenzzie is famous because she went viral on TikTok. How did she do it? No one really knows other than the fact that she posts videos and the world wants to see more. There is no rhyme or reason why she made it or why anyone makes it, to be honest.

She is shockingly older than most people who are going viral on the social media app. She is not a young teen who went viral because of her dance moves. In fact, she’s almost 30. She was born on May 15, 1993. She has just celebrated her 28th birthday and that means she’s a good decade older than most.

3. She is From Italy

Something that people are unfamiliar with is her personal life. What we do know about her life, however, is that she is Italian. She was born and raised in Italy, and she is still there to this day. She is fortunate to have grown up in such a beautiful country with so much culture and so much history.

One thing that makes her fans want to hear and see more of her is her humor. She posts hilarious videos that make her fans come back for more each time she posts. It’s what she is most famous for, and it’s working out well in her life.

5. She’s Not Been Online Long

She is not someone who has been online for a long time. She began posting on her TikTok account back in March of 2018, and she was 25 at the time. She didn’t hit it big right away, but when she did, she did. She managed to get a lot of her followers to keep coming back, and they shared her videos, more followed, and now she has more than 11 million followers on TikTok alone.

She’s not just a TikTok star any longer. She’s also an Instagram star. She has more than 635k followers on the app, and that is a huge number. She could consider herself an influencer on this app, too, and that means she’s got a lot to be thankful for. She can charge a premium for the collaborations she takes on with brands and businesses, and all she has to do is post a photo and share a little about a product.

She is someone who has a lot of style, and she’s not afraid to go bold with it. You might see her looking classic and chic one day, and the next day she’s got bright red hair that matches her bold red outfit, and you won’t even recognize her. She has the confidence to pull it off, though.

Leslie Mckenzzie does not discuss her personal life with anyone. She is inherently private, and she keeps things to herself. She’s not looking to let the world know all she’s up to every chance she gets. She’s happier being herself, getting her life in order, and doing what she needs to do to be happy in private.

She’s all over the world for her work, and she loves to share photos of herself wherever she goes. She’s a travel lover, and it’s a wonderful thing to be. She knows this is a great perk that comes along with being an internet influencer, and she’s taking as much advantage of her time as an influencer as possible – and she’s getting to see the world while she does it.

10. She is Thankful for Her Fans

Leslie Mckenzzie has not forgotten where she comes from. She has not forgotten that she is an internet star, and that her star power comes from her fans. She knows that she’s got a lot to be thankful for, and she knows that she has to thank her fans for putting her in the position she is in right now. It’s been everything to her, and she loves it.