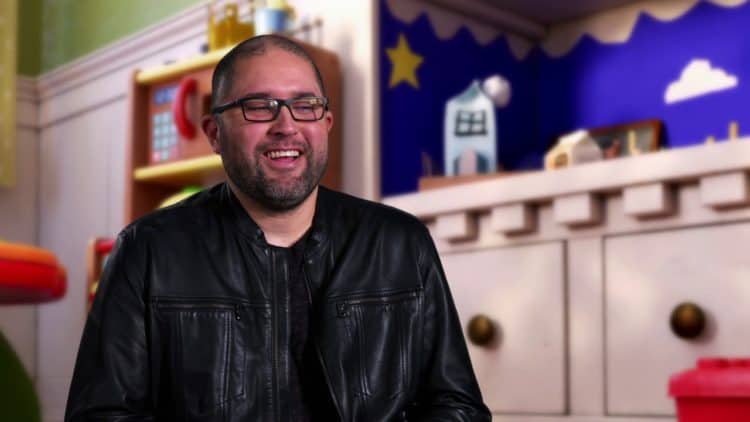 A lot of praise and glory is heaped on the actors that bring us the kind of entertainment that we enjoy, but sometimes it feels as though the directors and those that do the actual work to give the actors something to do goes without being noticed. Josh Cooley is just one among many that deserve a lot of credit for bringing the kind of material that people like to watch onto the big screen since he’s been with Pixar for so long that he’s risen steadily through the ranks until he’s managed to take one of the most coveted spots that a lot of people vie for. You might not recognize his name but if you’ve seen his contributions then there’s a lot to be thankful for since quite honestly those that work behind the scenes tend to be some of the most important people in show business given that they build the framework that exists for actors to utilize and for the people to enjoy.

Here are a few things about Josh you might not have known.

10. He started as an intern at Pixar Animation Studios.

Back in the 2000s he started out as an intern with an Associate’s degree and made his way steadily up as he began to learn the business and the ins and outs of the job he wanted. You could easily say that was hooked pretty quickly and knew at least a little of what he wanted to do moving forward.

He’s not super young but he’s not an old man yet either so he has a lot left in him and a lot of career left to experience if he desires. Given how much he’s worth one might wonder if he’s thinking of early retirement at some point, but we’ll have to wait and see.

Josh hasn’t really done any extensive voice work but he’s been good enough to lend his voice when it’s been needed so you could rightfully call him a voice actor, kind of. That being said it would seem that he tends to stay behind the scenes more often than not.

This was his directorial debut and to be honest it would seem that it depends on who you ask as to whether it was a success or not. A lot of people had misgivings about the movie but it did very well to be honest from a neutral standpoint.

6. His ratings on Rotten Tomatoes are actually quite high.

This could be due to the fact that his contributions, as far as being a director, are pretty sparse, but even on Rotten Tomatoes this seems to be an accomplishment these days since the site is renowned for being tough on just about everyone.

5. He does have a pretty hefty following on social media.

It looks as though Twitter is his biggest claim to social media which might turn some people off since going into the Twitterverse is kind of like walking down the wrong street in the wrong neighborhood and expecting to come out the other side the same. But he does have a good number of followers, enough to make a solid base.

Given that this has come from his work you can see how it might be thought that he might seek early retirement one day, at least until it’s deduced that this amount would go down rather quickly if he wasn’t working. Of course given that most people learn how to invest and keep the money flow going pretty quickly he could be sitting pretty eventually without the need to work.

3. Kevin Smith made a funny tweet about the movie he directed.

The emotions that were tweaked when it came to Toy Story 4 were so powerful for so man that it was enough to see some folks break down in tears and even criticize the movie for making them feel so strongly about it. Famed director Kevin Smith was one of the many that seemed to feel rather strongly about the movie and he made it known on Twitter just how he felt about it.

2. It’s kind of hard to find a wealth of information on him.

There’s a lot that has to do with where he works, what he does, and how long he’s been there, but finding any other information on him is kind of tough since there’s not a wealth of sites that offer a good deal about who he is and what is personal life is like. Maybe it’s for the best.

1. He’s done quite a few things with Pixar.

He’s worn more than one hat so to speak with Pixar and it’s not hard to see why he’s so valuable as he’s done quite a bit in his time with the company.

Sometimes the most valuable people are the ones you don’t get to see as often.