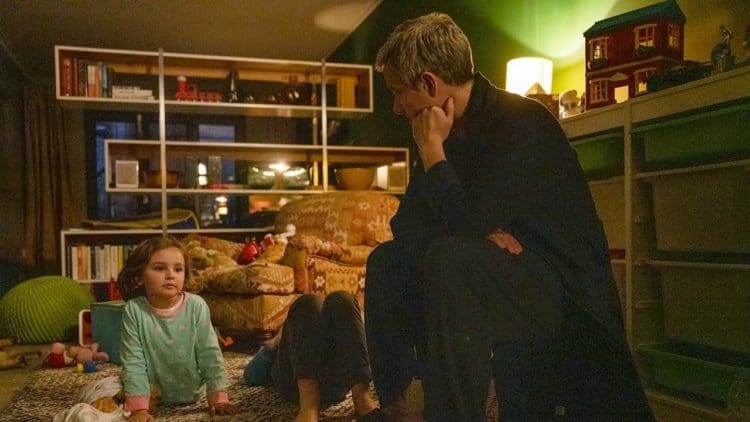 Jayda Eyles is a child actor, which means most people don’t know that much about her, and her parents are probably happy with that fun fact. She’s very young, and she is one of the new stars of a new series called “Breeders,” in which a set of parents and kids are shown making us laugh regularly — because it is a comedy — as they navigate the world of parenting. It’s a world in which your kids are the absolute center of your universe, but they are also tearing your sanity into pieces left and right and you sometimes cannot remember why you ever wanted them in the first place while simultaneously loving them so hard it hurts. It’s going to be good, we can feel it. But, she’s one of the little kids on the show, and she will be rocking our worlds soon, which means we thought we’d get to know a bit more about the adorable child actor Jayda Eyles.

She’s just a child, and we didn’t mean that in a way that’s she is a young teen or almost into her grown years. She’s literally just a child. She is only six, and she’s already working harder than most people. She’s at the age where she’s just learning to refine her reading skills and her handwriting and do real math, and she’s also working hard enough to learn lines and be an actor. That is not something that is easy to do, and we are impressed by her obvious intelligence and talent. She’s clearly not just a cool kid; she’s a smart one, too.

She’s got her own Instagram account, but she does not run it. Unlike some other child stars, however, her mother and father don’t run it, either. Her agency runs it, so you can expect to see a page that is kept purely professional, and you won’t learn a heck of a lot about the child star and her personal life on this page. That’s obviously for the best, too.

Her parents are her advocates, of course, but she’s got an agency doing all the dirty work for her in the back. She’s got them negotiating her contracts and working on her schedule and making sure she’s got a fair job and game. She’s lucky to have a team who respects her and her family and that works so hard for her.

We are going to assume this one because one — she’s six, and two — she’s a kid who seems like that based on her big smile and her fun photos on her Instagram page. They might not be exactly personal by any means, but she’s a kid who looks like she’s having the best time, and she looks like life is a good fun time for her.

She’s also on the other social media platform everyone loves so much, but we can assure you that she’s not on her on her own. She’s got her agent working on this page for her, too, which means you’ll see nothing but work-related tweets and things that are related to what she is doing in her life.

It might not be what she does for a living, but her headshots are nothing short of perfection on her Instagram feed. She’s a cute kid, and we cannot deny that. She takes the shots, she never loses that big smile, and we cannot say more than how cute we think she is. She’s got a future in modeling if she doesn’t like the acting thing anymore.

We don’t know if she uses them for her eyesight or because they are just so cute on her, but some of her Instagram photos have her rocking what looks like a pair of glasses that help with her vision. As someone who has also been rocking glasses since about the same age, I feel her. I also wonder why glasses in the 80s and 90s weren’t as cute and flattering as they are now. Of course, nothing really was, was it?

The creator of Breeders is writing from personal experience, which means she’s kind of playing someone’s child who was already going through the same kinds of things at some point in her life. Her character is loosely based off of the real life situations that were going on in the creator’s life when his kids were this little, so there is a little kid out there somewhere watching dad’s show and thinking, “Well, Jayda Eyles, I remember when that happened in my actual real life,” and they are probably laughing about it all the way home.

Not only does she spend a great deal of her time in London, she’s also a little girl who gets to travel a lot. We’ve seen photos of her in the airport on her way to Switzerland, which is such a beautiful, gorgeous place to visit. She’s got a lot of experience and a lot of travel behind her for a child who is only 6, and we’d be remiss if we didn’t mention how cool that is to get to experience so much at such a young age. We love it, and we hope she remembers as much of it as she can when she grows older.

10. She Likes Her Coworkers

We think that she’s got a great thing going on with the people she’s working with. They like her a lot, and she likes them a lot, and we’d assume that her own real life family also likes who she works with a lot, too. She’s not going to forget this experience at any point in her life, and we expect that this is teaching her a lot and preparing her for a very big career as she gets older and a little more experienced.