Home
Entertainment
Is Hollywood Out of Touch with Audiences? 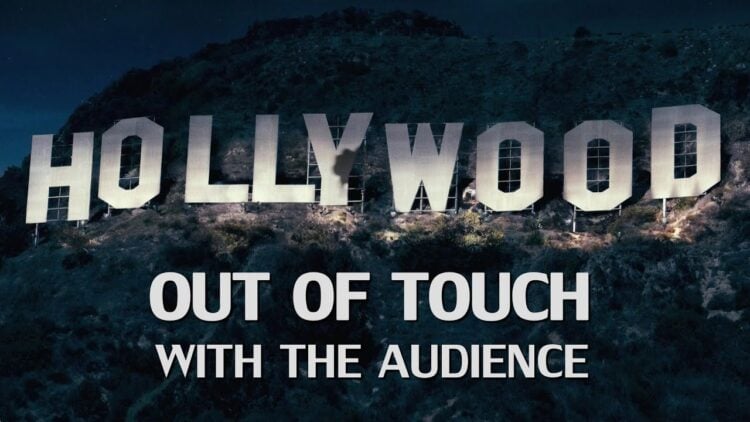 It certainly feels as though Hollywood has lost touch with their audience sometimes, doesn’t it? From the different types of dialogue to the way that certain figures are depicted in one movie or another, even in TV shows, it does feel as though Hollywood has taken a very stylized look at reality. The funny thing about this is that people expect movies and TV shows to be complete fiction, they even expect to see programs based on real life blown out of proportion and glamorized in ways that never happened. But what folks don’t really expect is a complete removal of the human element from movies, other than the most intense and gratifying moments that people thrive on. There are several reasons why people continue to flock to movie theaters, and only a part of this is the hope that they’ll see something worth watching. Most of the reason is that we’ve grown used to the sensation of having our egos and sensibilities stroked by directors, producers, and actors that believe they know more than their audience about what it is to lead a common, average existence.

With all due respect, there are those in Hollywood that exist at the creative level who do know something about what real life, minus the millions, is all about. This is a rather common argument to make, and it’s usually made by those that are envious of the people they watch and admire, but it’s also made by those that are tired of seeing Hollywood shoot for the stars when people want to occasionally see something THEY want to see, rather than what Hollywood thinks is worthwhile. This type of argument doesn’t tend to end that easily since it goes around the room a few times as blame is cast back and forth like a tennis ball.

What’s become a bit too obvious to ignore is that movies and TV have become little more than mood enhancers that change with each new trend and are made to supposedly reflect real life, but in truth are becoming less and less about the actual stories they represent and more about the social issues that people are facing today. Some will no doubt say that of course, this is happening, that the whole point is for art and real life to come together and influence each other. But the point of movies and TV, especially fictional programming, is to entertain, possibly educate, and create a memory that people will take with them for the years to come. What is happening however is that real life is being injected into fiction to such a degree that it’s become a highly-stylized version that many people insist is more real than others want to admit. The problem with this is that while people in Hollywood have no doubt worked to get where they are, the success that many of them find allows them to enter a type of bubble that insulates them from the world outside of the one that they’ve been welcomed into. Several stars have had to realize the harsh realities of life after their careers are cut short or simply annihilated by something they say or do. But the fact is that until that happens, a great deal of Hollywood tends to dissociate from the world around them.

This in turn causes a great number of people to ‘forget’ where they came from and what it was like in the world where they had little to no money and not a lot of prospects. But at the same time, they’re given scripts to read and parts to play that mimic the real world and the people in it. The problem here is that while some of those in Hollywood are very, very good at what they do, others take so many liberties with the ‘real world’ that they become caricatures that some folks are willing to idolize and others are bound to look as though they’ve forgotten what it means to be human.  That might sound a little harsh, but the disconnect between Hollywood and the audience is hard to miss, especially since those that are so desperate to state that there’s nothing wrong are those that stick up for some of the worst projects to ever come down the pipeline.

To be fair, everyone has their favorites and a lot of people are willing to stand by movies that others can’t stand. A bad movie isn’t exactly a disconnect, but movies that have no earthly business being turned into blockbusters is another story altogether. There’s still enough of a connection between Hollywood and its audience that allows for a meaningful relationship, but whether this particular ship will right itself or keep sailing off course is anyone’s guess. At the moment it would appear that plenty of people are unaware of it, whether because they don’t want to see it or simply can’t.