Home
Movies
How to Make Your Own Ghostbusters Slime 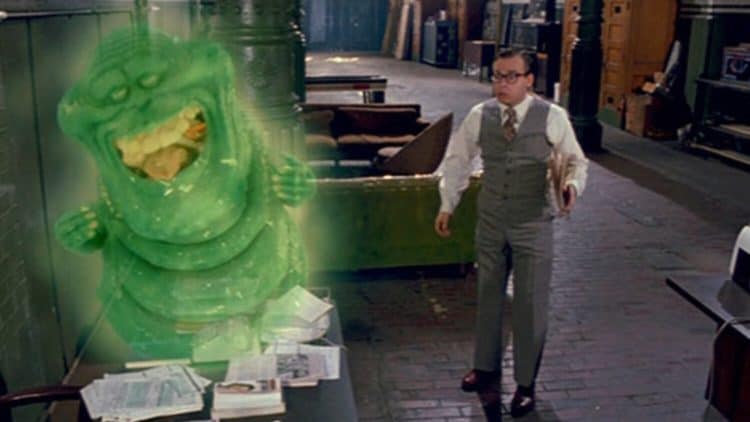 There are a few different ways to make slime to be certain, and they’re all pretty simple since they don’t require a lot of ingredients. In terms of how messy they are one might want to consider just what’s being used and how it will react when coming into contact with different surfaces, but otherwise it looks as though it would be fun for kids to play with. The note about not eating it would be wise to pass around since there’s no need to see people get sick from eating this stuff. If anyone is thinking about what it would be like to eat the real Slimer that’s, well, that’s just gross. Something indicates that it might be like eating rotten, jellied cranberry sauce, or perhaps like eating a giant tub of mucous. Yeah, it sounds gross, and the visuals one might get in their head are even worse. But this slime looks like it could be a lot of fun for a while, at least for as long as it could be kept from separating or drying out. Once it was left for long enough it does feel that this stuff might be kind of prone to drying into one huge glob, unless something within the composition would prevent this. But when it comes to entertaining kids this is definitely a cheap and easy way to do so.

Slime has been a part of the Ghostbusters for a while now since one of the most iconic scenes in the first movie has to do with Peter Venkman getting slimed by the green glob that came to be known as Slimer in the cartoon series. When the green blob went from being an enemy to a sort of mascot for the team it was widely accepted since the ghost was turned into a kind of rude and crude character that still had a heart of gold but didn’t really have much of a backstory other than the fact that he was simply there during the movie and was the Ghostbusters’ first successful capture. There’s definitely a hope that he’s been added to Ghostbusters: Afterlife, if only because it would be a nice return to the franchise for the ghost and it would be a nod to the fans that have been keeping up with the idea of another movie this whole time. Slimer was in the 2016 Ghostbusters movie, but to be fair, he hasn’t changed that much, and he even had a few friends along when he took Ecto-1 for a joyride. Just who or what Slimer is has been debated for a while since he’s either a former employee of the Sedgwick Hotel where he was first seen in the movies, or he’s a spirit of gluttony, which would make sense considering that he’s almost always associated with eating.

He did show up in Ghostbusters II as well, as he was the bus driver that picked Louis up on his way to help the other Ghostbuster. Slimer has never been violent really since he appeared aggressive in the first movie but might have done so just to get Peter to run. When that failed he slimed Venkman and then ran, which isn’t hard to believe since he ran from Ray when he tried to shoot the green spud, making it clear that Slimer really isn’t a combatant and would prefer to run instead of facing anyone that becomes aggressive. The ghost has been one of the favorite characters of a lot of people over the years though since he’s been somewhat endearing and despite the fact that he’s not that big of a deal in the movies, his influence has still been pretty widespread in the cartoon series, the games, and other parts of the franchise. It’s definitely strange how people lock onto certain parts of a movie and come to enjoy them more than others, but at the same time it’s not hard to think that Slimer would have been given this kind of attention since he wasn’t the first ghost that the guys encountered, but he was the first one that they were actively trying to trap. The idea that he made physical contact with one of them kind of sealed the deal when it came to remembering him after the movie, and placing him in the cartoon made it even clearer that he was a desired character that people wanted to see more of.

Making slime is something that a lot of people enjoy when they’re younger but kind of get out of when they’re older simply because it can make a pretty big mess and it does require a bit of cleanup. But in the spirit of the Halloween season, or just because it’s fun, making slime can be an easy and inexpensive way to get a few laughs and spend a few pleasant moments with others.