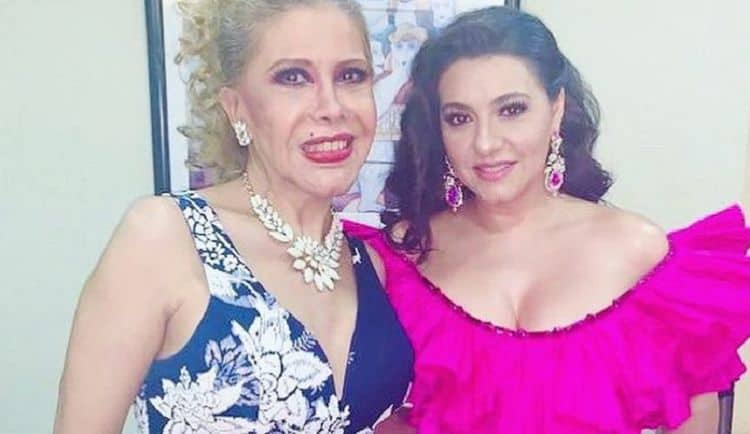 Graciela Beltran is a woman who has made a long and successful career for herself in the entertainment industry. She’s been singing and releasing music since the 80s, and she shows no signs of slowing down. What’s amazing about her is that she’s so resilient. She is able to create, to come back and reinvent herself into a new version of her already fabulous self, and she’s able to do this while being one of the most famous women in the Mexican music scene. She also finds a way to keep most of her life private, and it makes people want to learn as much as they can about her.

She was born on December 29, 1974. She just made it into the early 70s with that date of birth. It also means she’s going to celebrate her 47th birthday at the end of 2021. Only a few more years until she celebrates 50, which is probably the coolest and best birthday.

What we really find so interesting about Graciela Beltran is that no one knows where she is from. Some believe she was born in a small town in Costa Rica, but there are also some reports that she’s said herself she was born on American soil. We do know she is Mexican-American, but we have no idea where she was born.

3. She Led a Terrible Childhood

What makes her even more impressive is what she’s lived through and rose up against. There will always be people in the world who go through things we cannot even begin to imagine, but Graciela Beltran went through so many things that no one else can imagine. Her brother was kidnapped. No one knows where he is, if he is alive or dead, or what happened to him. Her brother-in-law was murdered in cold blood, and she witnessed her step-father killed when she was a child of only 9. It’s heartbreaking what she’s been through.

4. She’s No Fan of Jenni Rivera

For a time, she and famed singer Jenni Rivera were friendly. However, they spent most of their later lives feuding, and it all stems from the fact that while Beltran was on Rivera’s father’s label, she alleges he stole royalties from her. She also claimed he forced her into signing contracts that were not on the up and up, and Rivera always stood up for her father when those stories came out.

5. Her Faith Gets Her Through

Her life has been a difficult one at many stages, and it’s her faith that gets her through what is going on. She is able to get through almost anything because of her faith, and she credits it for all the strength she has, and her ability to get through things that have been difficult for her. She’s not saying life is always easy, but she is saying that it’s made easier with the right faith.

6. She Made a Statement About Jenni Rivera’s Untimely Death

Everyone remembers a few years ago when the singer and her entourage were killed in a tragic plane crash when they were headed to do a show. The singer lost her life, and despite their differences, Beltran did speak to reporters about Rivera’s death. “I want to thank her for the lessons I learned. And particularly I want to ask for peace for the persons who died in that jet together with Jenni Rivera,” was what she had to say.

Graciela Beltran does not speak too much about her personal life. She tends to keep things to herself, and she lets the world speculate about her, but she never really shares much. She’s someone who values her privacy, which is important when you haven’t much to begin with.

Her career has been kind to her. She’s doing quite well for herself, and that’s because she works hard and she does what she needs to do to focus on herself and her career. As of 2021, she has an estimated net worth of $21 million.

9. She’s Close to Her Mother

10. She’s Performed at the White House

She had the privilege of singing at the White House back when George W. Bush was the Commander in Chief. She sang for Cinco de Mayo when he was in office, and we imagine it was the thrill of a lifetime.