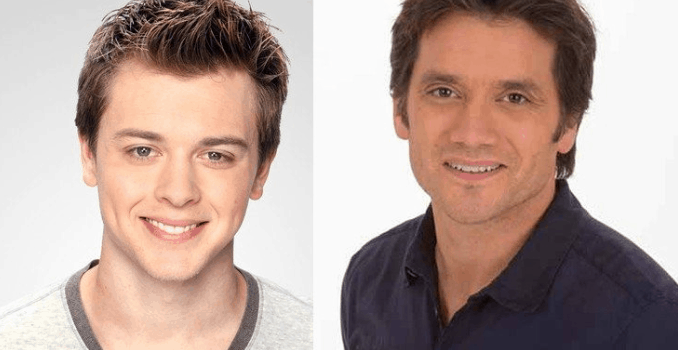 General Hospital fans love a little drama, and that is why they love the story lines their favorite actors and actresses come up with from time to time. We love when they have something so good going on that we don’t even know what else to do other than sit down and make things right. We love it when they bring the drama on the screen in a way that makes us hate them, and then they do something that makes us love them again. They are so good at that, but not everyone is good at doing that in their own lives. You see, sometimes people get to the point that they are going to have something else to deal with, which might just be that they have some legal issues of their own. Usually, they aren’t as bad as the ones they get arrested for on the screen, but thee General Hospital stars have been known to have a run in with the law here and there.

He’s a man we lovingly know as Uncle Jesse from all the years he spent on Full House, but we also know him as a man who spent many years on the daytime scene. However, he is also a man who has not been totally good at his life outside. He’s been arrested. It turns out that he recently made a very poor decision in his personal life. He decided to get behind the wheel of his personal vehicle after having a bit too much to drink. He was driving erratically and breaking laws on the road in Beverly Hills, California, and he was pulled over for one of his many infractions. It was then that officers noted he was so out of it that they sent him to the hospital immediately for medical attention. They were not sure what was wrong with him in terms of either drinking, having a health problem, or he was on something else. Either way, he was found to have a BAC way over the legal limit, and that was a big deal for him. He was arrested and charged with a DUI after that.

It was a long time ago that she made a bad decision in her own life. You know her as Maxie in Port Charles, and you also know that she’s not always on the up and up when it comes to making wise decisions and doing all the right things. But she is also a woman who made a bad choice when she was a lot younger, too. Her problem occurred in 2007 when she was caught drinking and driving. She was caught throwing her cigarette out of her car window, and it was still lit. That’s a bad decision in and of itself, and she was pulled over for the dangerous infraction. That’s when it was determined that she was under the influence. She was given a sobriety test, she failed, and she was arrested. She actually ended up pleading no contest to her charges, and she ended up with hefty fines to pay, three years’ probation, and she had to go to a 3-month program to help her get sober. She also had to go to 12 AA meetings as a result of her arrest.

She spent some time on the show playing a character we all remember, but her arrest was an ugly one. It happened a few years ago when she was in the Dallas airport. She was apparently intoxicated in public after having one too many drinks, and she made a big mess out of all of it. It was determined that she was putting both herself and everyone around her in danger, and she could not get on a plane as a result. She threw a fit when she was asked to sit in coach, and she was mad that her carry on bag was put in the back because there was no space in her area. She lost her mind and was removed from the plane, taken to jail, and booked and charged with these crimes. We assume she was very embarrassed after that incidents.