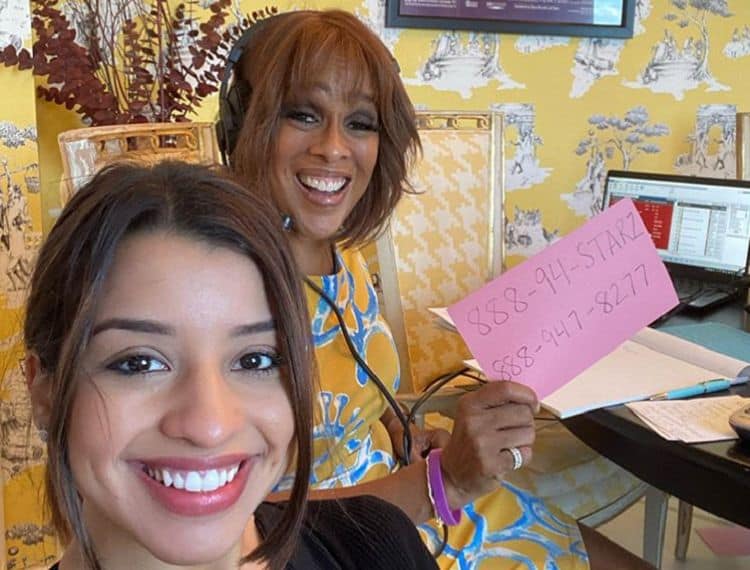 When you’re best friends with a well-known celebrity a lot of people tend to think that this is where your fame comes from, but Gayle King has been forging her own path in TV for a while now and hasn’t really needed her friendship with Oprah Winfrey to catapult her forward. From her earliest days to the present moment Gayle has been making headway on her own and has done whatever it takes to make sure that she’s a well-respected and known individual when it comes to TV and is able to be counted among the more successful news anchors that have come along. Some folks might not think that news anchors are worth recognizing as much but in truth the lot of them are just as hardworking as any celebrity and do have a rather important job of relaying the news to those that want to listen.

Here are a few things about Gayle you might not have known.

10. She’s been best friends with Oprah Winfrey since the 70s.

So essentially she’s known Oprah since before she was a huge hit and a household name. This could be a big reason why a lot of people think that Oprah is the one behind her fame, but quite honestly Gayle has earned her place on TV all on her own merit.

9. Gayle started as a production assistant and worked her way up to news anchor.

Like a lot of people she’s started at the bottom and worked up. It’s funny how this doesn’t seem to be as respected as it used to be in some cases as some folks just want to get to the top and claim that they deserve it, while others are glad for the learning experience that comes from doing it the old-fashioned way.

8. She did work with the Oprah Winfrey show for a while.

Gayle did have the chance to work as a correspondent on the show for a while and did seem to enjoy herself. The experience could have been responsible for keeping her around but it’s more likely that it gave her a few pointers and showed her what it takes to go out on her own.

7. At one point she had her own show but it only lasted one season.

She did get to have her own show for one season but it didn’t produce the kind of ratings that were desired and it was cancelled after that first season. It could be that she didn’t give the people what they wanted or didn’t really follow a format that people understood, but maybe it’s an indication that she’s better as part of a team rather than being on her own and taking the lead.

6. It was rumored that she would be on The View at one time.

These rumors were put to rest pretty quickly since nothing ever came of them. The idea was that she would replace either Star Jones or Rosie O’Donnell. As you can see though this never happened and she’s been doing just fine where she’s been.

If you’re wondering how she came to be worth this much then you don’t need to wonder too much since it’s a product of doing her job and doing it to the best of her ability. Obviously some wise financial investments and practices helped out here and there, but so far she’s been one of the best news anchors in the business and it shows in how she’s been rewarded.

4. She got to meet with Meghan Markle and Prince Harry shortly before their baby was born.

This was such a big deal to so many people throughout the world that it was a treat for anyone that had the chance to meet up with the royal couple to discuss, well, anything. For those that wanted to know more about them and their lives it was definitely a special moment, especially for Gayle.

3. The following she has on social media is pretty substantial.

You can see from her Instagram account that she’s rubbed shoulders with some of the biggest names in TV and the world to be quite honest and has been having a good time doing it throughout the course of her career. If pictures say more than words sometimes then her Instagram account is a running series that’s nowhere close to finished.

2. She became the editor of O, the Oprah Magazine in the late 90s.

She still does work with Oprah in a way since she’s been the editor for the magazine for a while now and seems to enjoy it. This does make for a busy day though.

1. Gayle doesn’t seem to sleep much.

Her days begin super early and end super late it sounds like, giving her only a handful of hours to sleep and recharge her batteries before going out and doing it all again.

She’s impressive, that much is clear.