Home
Movies
Food For Thought: The Movie “No Escape” Was Set in the Year 2022 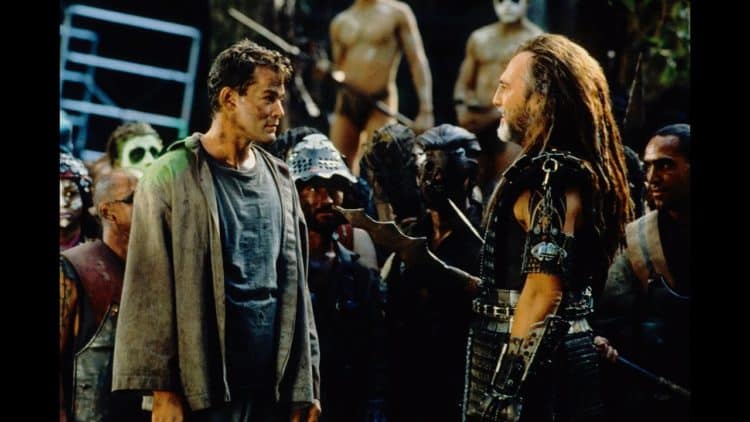 It’s always interesting what happens and who starts talking when we start nearing the dates that were set more than a decade ago in the movies. It was like this when Escape From New York predicated that by 1997 Manhattan would be a prison, and it was like this when Back to the Future 2 predicted that by 2015 we’d have flying cars and that the Cubs would win the World Series. Well, that last one did happen, close enough that it was kind of eerie really. But when talking about a movie like No Escape it’s kind of unnerving to think of corporations owning and running prisons since when the buck stops with private ownership it becomes a question of just how realistic will movies like this appear one day. Set in 2022, No Escape is the story of a prisoner that is sent to a maximum security prison set in the middle of a desert wasteland with only one way in or out and miles upon miles of arid, lifeless country all around. Robbins, played by Ray Liotta, is a man who shot his commanding officer and has also escaped a couple of high security prisons already, so it’s obvious that the guy is something of a badass and very intelligent as well. Given that one might think that he’d be on constant lockdown and confined to solitary, especially since the prisons of the  future don’t tend to care about human right in the least.

When Robbins is seen as too dangerous to be kept in the prison, that tells you just how bad he is, he’s then sent to the prison island that the prisoners have heard is dubbed Absolom, a place that is set in the midst of miles and miles of open ocean. There is no escape from the island, and while it might actually be seen as a refuge and not really much of a prison the issue with the island is that due to the prisoners sent there being free to do what they want, there are some very, very bad individuals on the island that just don’t care about anyone but themselves. The Outsiders, no not Pony Boy or Soda Pop or any of the others, are a band of violent and extremely aggressive individuals that have formed a loose group that’s run by the villainous Merek, who controls the lot of them through his slightly humorous but inherently deadly charm and aggressive demeanor that comes out in brief flashes, therefore serving to remind everyone that while he is a cultured individual he is also the craziest and most unpredictable of the bunch. When he encounters Robbins however he finds a challenge that he can’t pass up, and after Robbins rejects his offer to join the group, the Outsiders chase Robbins until he’s shot in the neck with a dart and falls off a cliff.

As with any story if there’s a group of bad guys there must be a group of good guys as well, hence the arrival of the Insiders as they find Robbins near death and bring him back to health. Eventually the Outsiders clash with the Insiders, all to the design of the warden as he knows very well what goes on around the island and does his best to insure that no one else ever finds out. One thing that’s very evident about this movie is that it makes the viewer feel sorry for several of the convicts, the Insiders obviously, as it would appear that they’ve found a place where they can serve their penance for what they’ve done and become better people. The feeling that they did something worthy of being sent to prison and then to the ultimate isolation is rarely brought up, save with a few individuals, some of whom a person might actually want to see escape. But to think of what might happen if corporations ever take over the prison system is kind of spooky since it might be that No Escape could become the kind of story that would further divide this nation when it comes to thinking of how the criminal justice system in the US should evolve. Brian A. Kinnaird of Psychology Today has more to say on this matter.

The fact that our justice system is imperfect is very easy to note, but the matter of how to fix it has yet to be agreed upon by many people given that some would seek leniency for various criminals while others would support harsher punishments. One big hope is that no matter what happens, something like No Escape would never become an option since despite being a great action movie with Ray Liotta of all people, it’s still an insane and inhuman way to treat every prisoner in the system, though there are many that would likely be seen as prime candidates for such treatment, no matter how controversial that sounds.