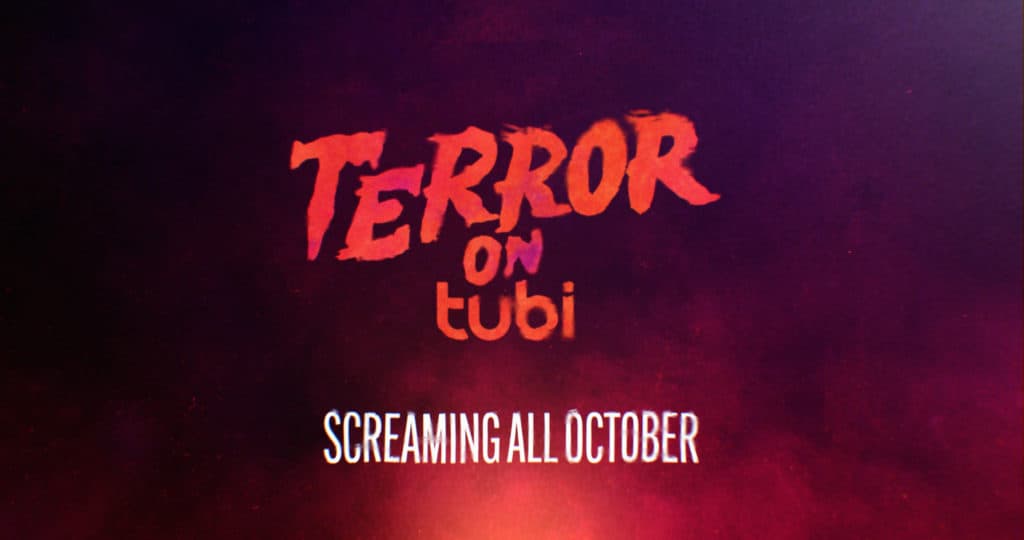 As the old song says, “it’s terror time again.”  And that means that it’s time to dig around your friendly local streaming service to find the best horrors, thrillers and chillers out there to satisfy you from here until Halloween (or, at least, however far into the season you can manage to last).  And when it comes to Horror, there are few better options for you than Tubi.  Not only does it offer a surprisingly robust catalog of seasonally-appropriate movies for you and yours – many of which serve as deep cuts into the genre that are pretty far afield from the usual suspects – but it does so for the low, low price of free (plus or minus a few unobtrusive ad breaks). 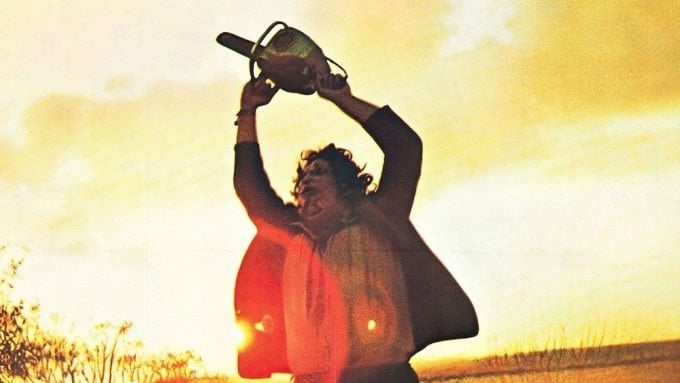 A seminal entry in the American horror tradition, The Texas Chainsaw Massacre is a grisly landmark for the genre and one of the core pre-Halloween (1978) movies that act as a crucial link between the comparatively reserved thrillers of the 1960s (e.g., Peeping Tom and Psycho) and the nakedly commercial slashers of the 1980s (e.g., Friday the 13th and A Nightmare on Elm Street).  Although I’m not alone in lamenting that nothing in the movie itself is ever as visceral or horrific as its evocative title, there’s still a lot to love within its sparse, 83-minute runtime, from its direct discussion of economic displacement due to increasing automation to the juxtaposition of its picturesque Southern setting and the brutal killings it depicts. 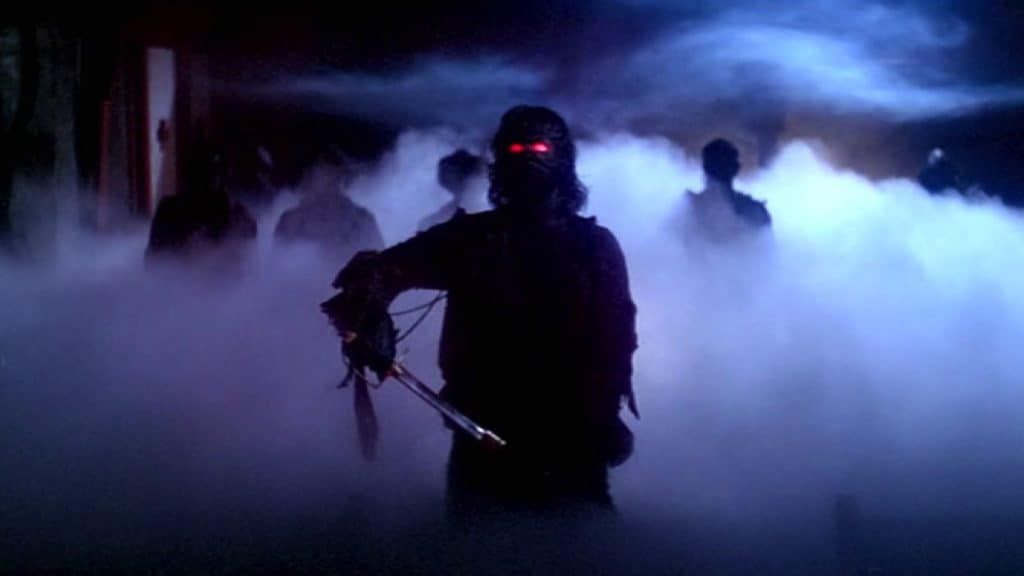 It’s a shame that so many horror fans of my generation were first introduced to this unsung John Carpenter classic by way of its terrible 2005 remake, which resoundingly stands as the very worst in that decade’s cycle of remade 80’s genre movies.  Because, with the possible exception of Prince of Darkness (1987), The Fog is Carpenter’s most atmospherically lush film in his rather expansive filmography.  Inky black, shrouded in breath of spectral fog and wrapped in the hypnotic radio soundscape proffered up by local DJ Stevie Wayne, the film plays out like something of a retro version of a Panos Cosmatos movie. In fact, it directly draws on the tradition of campfire ghost stories and operates on a kind of nightmarish dream logic that few other films have ever convincingly pulled off.  Even aside from its infamous, years-later rehash, time has only improved upon the original film, whose story centers around the wronged ghosts of the past rising up to strike down the descendants of murderous colonials on the centennial of the town’s founding and rings truer in an age where we ourselves have begun to more critically interrogate our colonial past and continued veneration of genocidal “heroes” like Christopher Columbus. 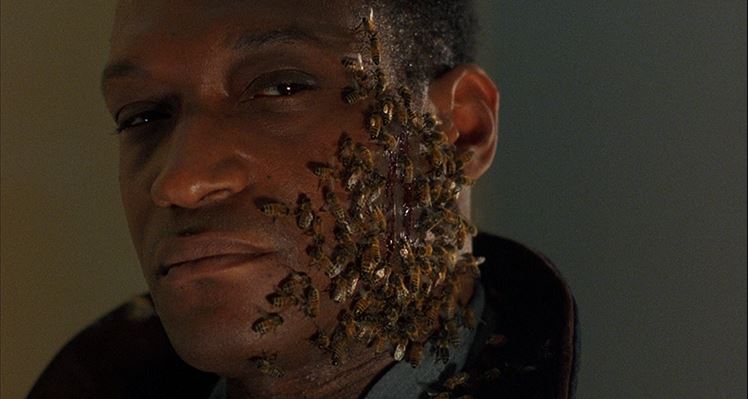 With the newest entry into this franchise finally hitting earlier this year after a frustrating series of Covid-related delays, a whole generation of ostensible horror “fans” who have clearly never seen the original movie are clambering over one another in order to be the loudest to lament about how Nia DaCosta and Jordan Peele “ruined Candyman” by making him “woke.”  Because, somehow, a story of a lynched Black man in an interracial relationship haunting the residents of an infamous redlined slum that has itself been radically gentrified in the years since its release was ever about anything other than race.  While admittedly always a little muddled in the exact focus of its race politics (for instance, why would Candyman haunt the predominantly Black residents of Cabrini Green when his anger would more appropriately be directed towards the rich, overwhelmingly White neighborhoods that are a literal stone’s throw away?), Candyman’s legacy speaks for itself, centering a Black victim of White violence and the ways in which that anger lashes out at the world around him.  That being said, this film absolutely should be watched in tandem with the identically-titled 2021 film, as the themes and characters mutually inform one another and, rare for any film, the decades-later follow-up actually improves and clarifies the hazier aspects of the first movie.  An absolute must-see for a world where Black Lives unquestionable Matter.

I stumbled on this film rather happily a few days ago, having spent years unable to find a copy of Dario Argento’s third Suspiria movie anywhere (either digitally or on a disc that would play in a North American BluRay player).  While it was hardly the unifying masterpiece that neatly tied the disparate mythology developed in Suspiria (1977) and Inferno (1980) decades prior, it did prove to be a reasonably satisfying conclusion to a sprawling tale of witches, conspiracies and the ascendent ghosts of the past.  More technically well-made than its predecessors – if, sadly, also less stylishly and more drably shot – Mother of Tears foregoes the prior movies’ ephemeral dream logic of an epically escalated narrative of apocalyptic scope and scale.  In the end, though it may be genre blasphemy to say out loud, it holds together just as well as anything in this particular franchise ever did, only (for better or for worse) playing to a much more modern sensibility and a more mainstream desire for narrative cohesion. 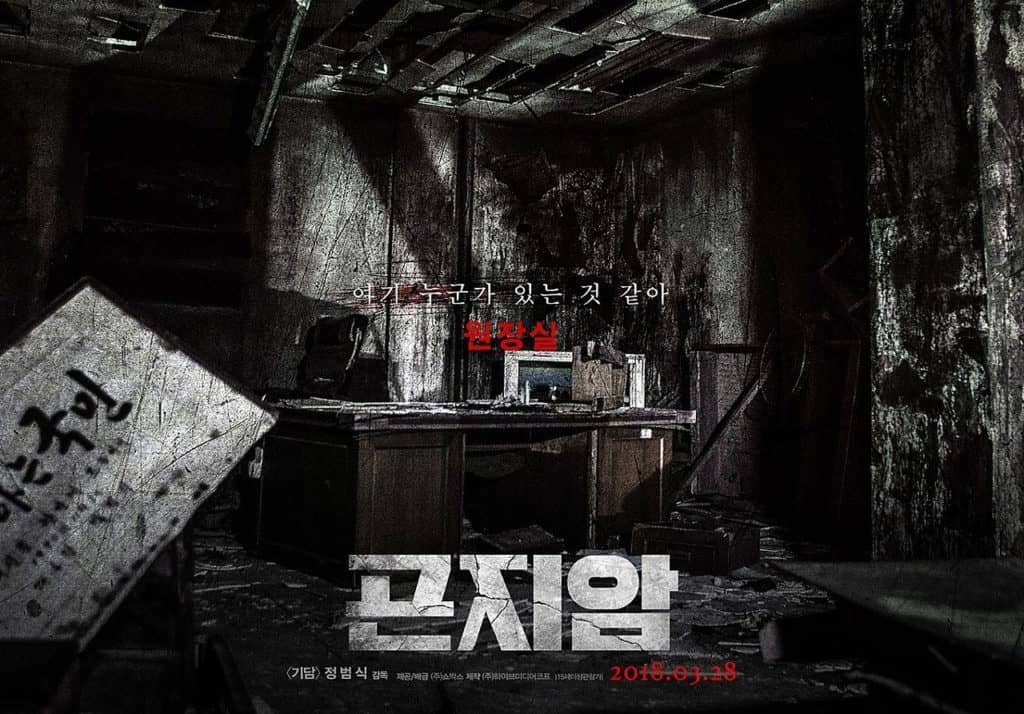 If you are a horror aficionado, chances are that you’ve seen a lot of found footage in your day.  A mainstay of the genre since the mondo exploitation films of the 1970s, its popularity exploded following the success of The Blair Witch Project (1999) which, paired with its laser-focused ad campaign designed to sell the fantasy of a film recreated from recovered footage of a troupe of doomed film students, proved to be one of the biggest runaway successes that the film industry ever saw.  After all, found footage movies are extremely cheap to make (even by the standards of the notoriously cost-effective horror genre) and come with a built-in hook of ostensibly being based on a “true story” (after all, where else would all of this “real footage” come from?).

While this particular vein of horror feels pretty worked over in at this stage in the game, GonJiam: Haunted Asylum proves to be shockingly effective at pulling off its meager ambitions of yet another haunted asylum entry into this particular subgenre (something that I thought had simultaneously peaked and died with the excellent Grave Encounters at the start of the last decade).  But this Korean feature finds a surprising lot of ways to keep the kinds of footage varied and interesting (including handheld cameras, mounted cameras, drones, go pros and computer-mounted cameras).  And while it does take a little too long to get everything set up, when they finally let loose in the titular asylum, the scares are both effective and relentless, with a few rather cleverly done gags in particular stealing the show by the time the credits start to roll.  Although much lower in profile than other Korean horror / thriller productions, this is one whose reputation is already starting to grow among horror diehards, and is certain to be one to check out if you want to stay up-to-date on the latest and greatest that this truly globalized genre has to offer. 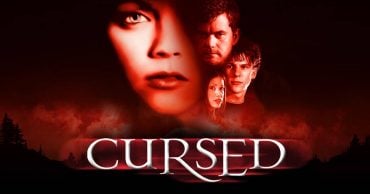 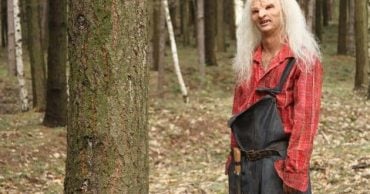 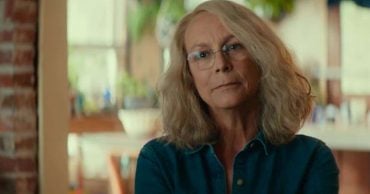 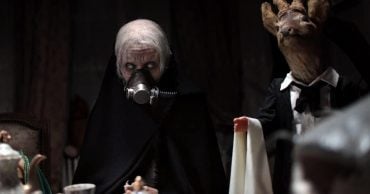 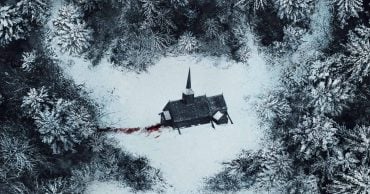 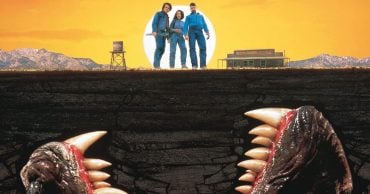