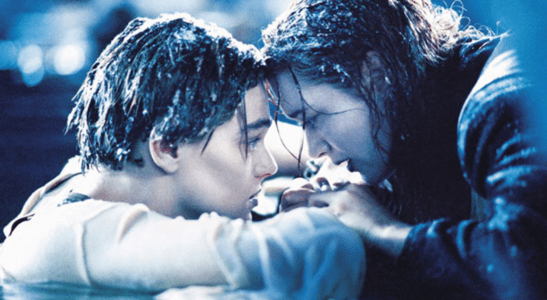 The multibillion dollar cruise ship industry is having an extremely rough time of it right now. Not only is nobody willing to take their cruises due to the coronavirus crisis, ships themselves have become deadly hotspots for spreading disease. Take the Diamond Princess, an international ship that spread coronavirus so quickly throughout its ship it currently has more cases than actual countries such as Malaysia, Portugal, Czech Republic and Brazil. Additionally, there are also reports of countries across the Caribbean refusing to take cruise ships for fear that they could reintroduce a variety of cases back into their lands.

This is not to mention their current non-coronavirus related problems such as being some of the biggest pollutants in the world as well as ruining idyllic cities such as Venice and Dubrovnik by unloading an unhealthily large amount of tourists upon their shores every single day. One imagines after this whole crisis has settled down that people will start some serious conversations about their place in the world.

For now however, its time to take your mind back to some of the most thrilling cruise ship adventures. A time when they were glamorous affairs, places for romance, adventure and danger. To help you celebrate, we have compiled a list of five essential cruise ship adventures. Spanning from classic romances to iconic disasters and sometimes both within the same movie, our list should keep you sated while waiting for the world to go back to normal and you can take a classic cruise liner again. Read on to see what we’ve picked. Think we missed something essential? Let us know in the comment section below.

Back during the 70s boom of disaster movies such as Airport and The Towering Inferno, The Poseidon Adventure may be the best one of the lot. It tells the story of the SS Poseidon, an ageing ship on its last journey between New York and Athens that suddenly gets turned over by a tsunami – leaving the characters scrambling to find their way to safety.

It’s held together by a barnstorming performance from Gene Hackman as a priest known for his unorthodox views. He doesn’t act as if he is in a mere genre picture. He acts as if he is in the starring role of a Bergman movie, imbuing his performance with a much needed moral turmoil, and making The Poseidon Adventure way more compelling than perhaps it should’ve been. It was remade in the 00s with Kurt Russell and deeply improved special effects, but that version cannot hold a candle to the fantastic original.

An Affair to Remember

Deborah Kerr and Cary Grant are a match made in heaven in the deliriously romantic An Affair To Remember. It tells the story of a playboy, played by Grant, who meets a woman on the SS Constitution en route to New York. They become fast friends, with their relationship slowly developing into something more special, despite the fact that they are both involved with someone else.

Nonetheless, they agree, if all things go well, to meet in six months on top of the Empire State Building, where they can consummate their relationship. Yet on the day of the fateful meeting, Terry is injured in a car accident, making their meeting sadly impossible. A deliberately melodramatic exploration of love versus fate, it’s a film sure to make you reach for the tissue box at regular intervals.

Based on the 1949 stage musical of the same name, this Howard Hawks film is a light, enjoyable cruise journey filled with extravagant musical numbers and endless sight gags. It stars Marilyn Monroe and Jane Russell as two stage girls looking for love; the former a rich husband to help her succeed economically, the second a man who can match her ferocious good looks and razor-sharp wit.

A truly sparkling confection, it was a massive box office hit when it was released in 1953. Now it’s best known for Marilyn Monroe’s iconic rendition of “Diamonds Are a Girl’s Best Friend” – a true pop culture staple that has been covered by everyone from BeyoncÃ© to Madonna to Christina Aguilera to James Franco.

Critically maligned upon its release, Speed 2: Cruise Control takes the template of the original Speed film and makes something completely deranged yet relentless entertaining. Sandra Bullock reprises her role from the original film as a woman vacationing on a cruise ship across the Caribbean who finds more than she bargained for when the ship is taken over by a villain named Geiger, excellently played by Willem Dafoe. Once again the vehicle simply cannot stop, heading for the mainland and potentially leaving acres of destruction in its wake.

It’s notable for the three and a half star Roger Ebert review which stood against contemporary critics at the time. While everyone else believed the film was total rubbish, he called it a “truly rousing ocean liner adventure story”. I’m gonna have to agree with Roger on this one.

If there was any solid evidence for the innate attraction of cruise ships upon the imagination, look at the titanic box office success for Titanic, which made over a whopping $2 billion in 1997. A three-hour plus cruise ship extravaganza, it has everything you could ever wish from the genre, starting with romance, intrigue, American immigration founding myths and rivalry, before descending into an epic disaster movie.

Anchored by two great performances by Kate Winslet and Leonardo DiCaprio as star-crossed lovers, Titanic still holds up as one of the best movies ever made. Of course, many cruise ship romances are predicated on this idea of temporary romance. Characters fall in love but once they return to land (usually New York) they have to go back to their real lives. Yet by having Jack die on sea, Rose can forever freeze him in time, rising him up to an ideal of a man she will never have again. A remarkably brave move in a remarkable, once-in-a-lifetime movie. It’s unlikely the cruise ship genre will ever be quite so marvellous again.