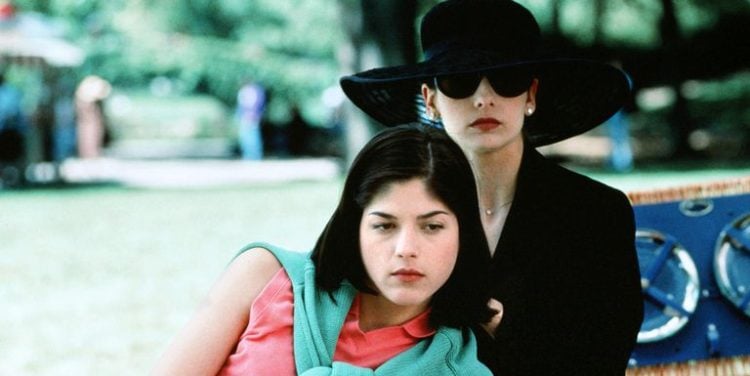 Villains throughout the decades have certainly changed, but it almost seems as though female villains in the 90s acquired an edge to them that made each and every last one of them particularly dangerous in a way that few if any women had been in film before. Something about the 90s villains simply cried out ‘danger’ no matter how hard they fell. There was some quality to them that kind of indicated that if they could they would rise from the ashes of their reputations and come back even stronger than before, and a lot more vengeful. But no matter what it is that made them seem so dangerous they definitely set a precedent for female villains that have come after since women in films that carry on the antagonist role are now absolutely vicious and have no remorse most times, showing that they can be every bit as dangerous, if not more so, than men.

Here are just a few of the best 90s female villains.

Manipulative, vindictive, heartless, and cruel, Kathryn was a rich girl that knew she had everything and yet still wanted to make the lives of those around as miserable as she felt. It’s got to be rough having everything and still wanting more, right? Well, even if you can’t drag a single tear of pity forward (don’t worry it’s a monumental task) you have to admit that Gellar did play a pretty convincing role by portraying a spoiled rich girl that thought she was untouchable. The best part about the role was that she did finally get her comeuppance at the end when her stepbrother Sebastian managed to get the last laugh from beyond the grave.

You might be wondering why I didn’t put her mother in this spot instead of Marguerite, but I assure you it’s not a mistake. The baroness was in fact pretty horrible since she did sell Danielle into slavery to pay off a debt. But the baroness also had a chance to be kind to Danielle and while she didn’t take it she did show some sign of silent repose during the film, as though she was on the verge of saying something nice but forgot how to take that final step. Marguerite on the other hand was nothing but nasty. You can say that she never had a chance thanks to a mother that taught her how to manipulate and lie her way into the confidence of others, but she certainly took to the life with a great amount of zeal.

Is there anything more deadly than a young woman with a crush on an older man? In reality it seems like it would be more deadly for the young woman since the thought tends to be that older men that like younger women are perverts, some of the time at least. But in this case the younger woman in question is simply devious and is hell bent on getting the man she wants to pay attention to her and profess his love for her. You’ve got to wonder just what kind of cues young women see at times that might spur them on to thinking that a guy likes them, and how many of them are real. This is of course a rather extreme case thank goodness.

Catwoman has always been and will likely always be one of the most iconic villains of the Batman franchise. The funny thing about it is that throughout her history she’s straddled the line between good and evil many times and has even managed to help the caped crusader more than once. But there’s no doubt about where her proclivities lie, she’s too tempted by the wrong side of the law on a regular basis to become a hero or even a neutral party. In the Christopher Nolan series it seems as though she might have earned a reprieve from the life, but then again so did Batman. But in legend she’ll likely always be a villain.

The Trunchbull had to be one of the meanest, ugliest, and nastiest villains to ever come out of the 90s. She actually took pleasure in making the lives of children a living hell, so that qualifies her as being a villain right off the bat. Added to that however is the fact that she would send kids to a room called “the Chokey” which was a sort of modified iron maiden that had been made out of a closet and a few well-placed spikes. Keep going and you learn that she took over Ms. Honey’s house after her father, the Trunchbull’s brother, passed away. Oh yes, she was undoubtedly one of the worst, and her humbling might be argued against by bleeding hearts but it was satisfying to many children that watched the movie.

The 90s villains kind of opened the doorway for female baddies to get even worse.