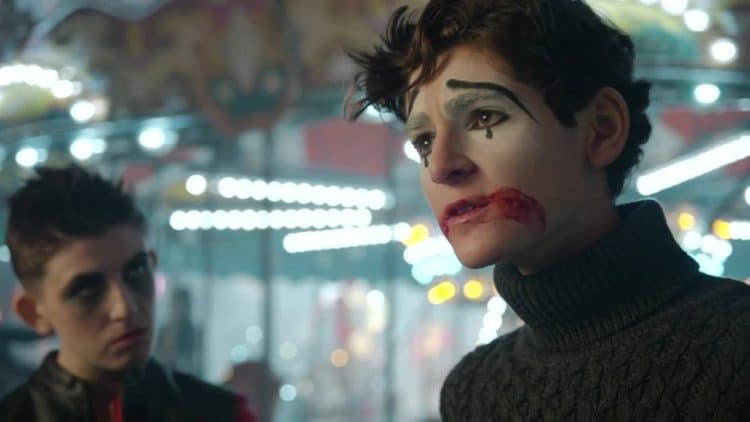 For a while now it’s been seen that Batman’s world has been expanding as more and more characters are taking on lives of their own and are being explored in different ways. Gotham was the chance for Jim Gordon to finally have his own story as it focused on a time before the Batman came forth, when Gordon was still a detective and not the commissioner. Plus it gave him a lot more depth than any other version has thus far since the series allowed his life to develop and for fans to see what he was like before he gained the responsibilities and authority that they’d recognized for so long. But thankfully Gotham wasn’t without its overall excitement that came from watching Bruce Wayne grow into the man he would eventually become. Along with this is the fact that thanks to the emergence of a few key villains and a few classics that we already knew, there were bound to be some awesome fight scenes along the way. While it’s not big-screen caliber in some regards a lot of the fights were still fun to watch since they featured characters we’ve come to know along with other characters that we enjoyed finding out about.

Here are some of the best fight scenes from Gotham.

It’s fair to say that the character of Scarecrow in Christopher Nolan’s first two movies didn’t get to be quite this awesome since in the series he’s not only able to wield a weapon with a great deal of precision, but he’s also got a costume that doesn’t look like it came off the bargain rack at Value Village. Something about this character does inspire nightmares and yet fora ll that it’s easy to see that Jim Gordon can stand up to him quite easily since he doesn’t back down and he’s not about to be intimidated. Despite being one of Batman’s weakest enemies the Scarecrow did have his moment to be terrifying.

It’s easy to think that Alfred is JUST the butler at times since he doesn’t seem like he’d be the kind of guy that could throw down with just anyone, or would even try to. But in Gotham, Alfred is the guy that’s sworn to protect Bruce at any cost since young master Wayne hasn’t yet figured out how to fight and definitely hasn’t figured out how to fight crime on his own. So Alfred has to do a lot of the heavy lifting at first since he’s the guy that’s been around, seen things, done things, and been the kind of person that wants to leave his past behind on account of it being pretty violent at times.

It’s kind of funny how people seem to think that Alfred is going to be a pushover just because he dresses nicely and doesn’t seem like he’d be the type that could do any damage. Tabitha finds out a bit differently when Alfred starts manhandling her without much trouble, though she does manage to get her hits in and does wound Alfred in a significant way. That being said though in a straight up brawl it does seem as though Alfred could put her down if he really needed to, but it would be a close fight and one that would be too close to really predict with that much accuracy since both of them know how to fight dirty.

Let’s just put it out there and say that this is not the Jim Gordon that we know from the comics since despite any and all background that he’s been given in the past it wouldn’t have been assumed that he could go toe to toe with sword-wielding villains and end up taking them all down in this manner. Within the Gotham series Jim Gordon is simply awesome since he can take a great deal of punishment and then dish it out just as hard. It makes you remember that at one point and time Jim was a younger man and things were likely very different since not only was he able to fight, but he was able to hold his own with a lot of people that thought he was just another cop.

Obviously Bruce grew up a bit during the series and came into his own after a while when it came to fighting. To be honest Jerome tended to rely heavily on underhanded tactics that would help him against anyone else that wasn’t much of a fighter and didn’t really know how to handle themselves. But given that Bruce was learning how to fight and throughout the series it seems safe to say that Jerome really didn’t understand what he was asking for when he started taunting Bruce.

The evolution of the Batman story was a lot of fun to watch quite honestly.