Home
Movies
Dumbledore vs. Gandalf vs. Yoda: Who Wins? 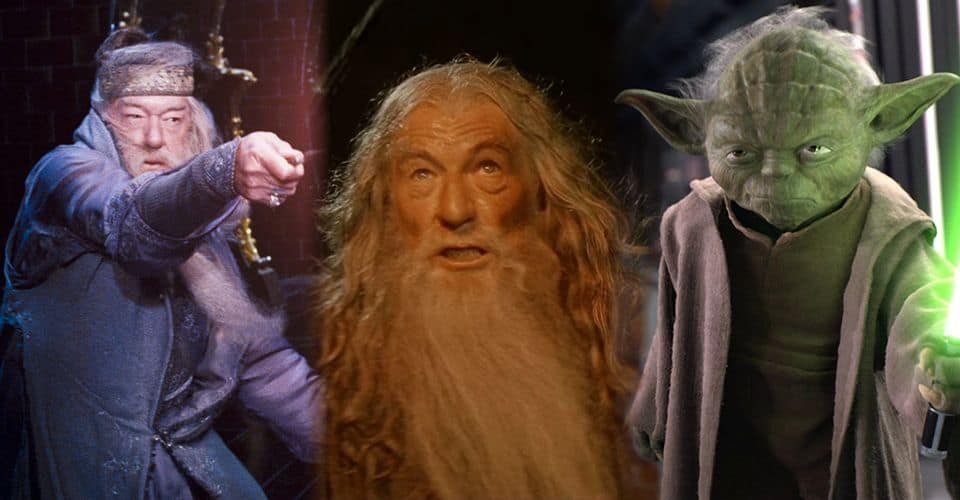 One thing to remember when talking about which fictional being would prevail against another fictional being is this: don’t take it personally. We all have our favorites and there’s a good reason why we’ll stick up for them, but arguing something along these lines with something like “because they’re just awesome” still isn’t a valid argument. Another thing to consider is that a situation like this is to be considered a deathmatch more often than not, so stating that heroic figures wouldn’t fight each other that often is kind of obvious, especially when talking about the likes of Dumbledore, Gandalf, and Yoda, who would likely rather sit around discussing one bit of wisdom or another. But in a deathmatch setting, no one is discussing the matters of the world, universe, or anything else. It’s simply time to get down to business and find out who’s the toughest of the bunch. It’s not entirely surprising to find that those on Twitter leaned heavily toward Gandalf being the favorite given his status as one of the strongest characters in the Lord of the Rings universe, as well as someone that can be resurrected after fighting a literal demon.

Yoda appears to come in second, while Dumbledore, for all the power he holds and can fling about at a whim, would appear to the low man on the list. The last part feels accurate since it does sound reasonable to think that Yoda might stomp Dumbledore, though starting that it would be an easy fight does feel kind of inaccurate given that Dumbledore tended to have a number of contingencies that were always in play when it came to the Harry Potter movies, though he wasn’t immune to everything, as his death at Snape’s hand was prepared and expected for a couple of reasons, only one of which was to protect Draco Malfoy and trick Lord Voldemort. Dumbledore was dying anyway and needed someone to facilitate his end, which likely would have been a bad one. But getting into how insanely tough he was when it came to his magic, he certainly would have put up a fight against Yoda and Gandalf, but he would fall all the same.

This brings us to Yoda and Gandalf, and this is where I can’t help but laugh as people continue to argue over fictional beings who are extremely powerful and are both dedicated to their own cause. Here’s why I don’t think Gandalf would run right over Yoda however, and it has a lot to do with the fact that each combatant would use every weapon at their disposal. Yes, I get that with Gandalf this means that he has ‘Jesus level’ abilities, but this, in turn, makes him an ultimate MacGuffin that proves that Tolkien was every bit as likely to bring in characters that were simply too powerful for their story, and could only be harmed under special circumstances. As great of a duelist as Yoda is, and as much as he would carve Gandalf up if he were anyone else, or had the same durability as say, an armor-clad dwarf, it’s feasible to state that Yoda won’t be touching him in his god-mode since Tolkien fans will lean heavily on this and use it as a means of stating why Gandalf will carry this fight.

One downfall of this type of character being placed in any story however is that they can never really show everything they can do since it would mean destroying the area around them and doing a great deal of collateral damage that such characters wouldn’t want. In short, Gandalf holds back because he knows to cut loose would be to harm too many and damage too much, and he’ll only ever do this when he absolutely has to. It’s kind of like asking why a planet-busting MCU character doesn’t ever cut loose on the bad guys while on the ground since the same thing will happen, they’ll tear apart whatever is around them. The fact is that Yoda, despite being powerful enough to move a mountain-like creature, is not a planet-buster, and never has been. He could take down Dumbledore without a doubt, and he would likely seek out any possible way to bring Gandalf down that he could, but the ironclad status of Gandalf the White is such that only a few people could possibly hurt him, and Yoda isn’t one of them.  It’s kind of hard to say such a thing, but creating a character and making it impossible to bring them down after they’ve been resurrected following a hellacious battle is cool, but it’s also a risky thing to do since, without any further risk to the character, the interest can tend to dim after a while. So far Gandalf is still a favored character, but quite honestly, overpowered characters get boring rather quickly.