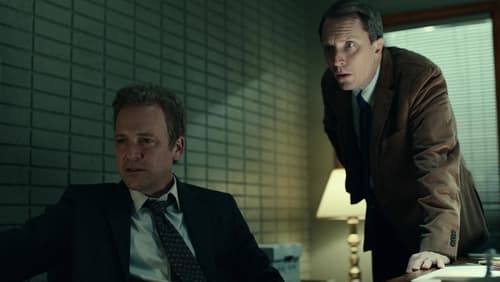 On Dopesick Season 1, Episode 5, Dr. Finnix and Betsy reached all-new lows and they both were forced to seek treatment for their addiction. Purdue Pharma keeps is adamant about concealing the harmful side effects of Oxycotin even to the point of purposefully getting an employee addicted to the drug and giving her the boot for being an addict because she discovered an online forum dedicated to teaching people how to to get high off the drug.

The episode opens with Dr. Finnix in group therapy at a high-end rehabilitation center. If you thought seeing Dr. Sammuel Finnix a trusted physician’s downward spiral was painful then hearing other victims of Oxycontin relay their stories are even more heartbreaking. Dr. Finnix recounts his story and admits that some of his patients have died off of the opioid prescriptions that he wrote. After spending three months in rehab, Dr. Finnix is released but he’s nervous that he’ll start to crave Oxycontin again. Dr. Finnix relapses immediately. Nurse Leah realizes that Dr. Finnix is using again after she receives a mysterious call from him the night before. Dr. Finnix claims he doesn’t remember calling and admits that he has started using again. Leah suggests that he tries out a methadone clinic. Dr. Finnix is hesitant to try methadone because he believes that it would be trading one addiction for another. Leah suggests that they find a clinic that’s focused on truly helping opioid addicts and Dr. Finnix agrees to give it a try. Methadone proves to be a success for Dr.Finnix and it has him hopeful for the future again. He calls one of his old patients that has addiction issues and asks her to consider Methadone treatment.

The U.S Attorney of Maine Jay McCloskey decides to take matters into his own hand by sending letters to physicians in Maine about the dangers of Oxycotin, this forces Richard Slacker to have to sit down with the attorney. Richard Slacker invites Dr.Friedman to attend and then immediately takes back his offer when Dr.Friedman makes it clear that they should talk about the measures that they should be taken against the addicts that are giving the medication a bad reputation. This is unsettling for Richard Slacker and he tells Dr.Friedman to skip out on the meeting. After the meeting with U.S Attorney McCloskey, we find out that McCloskey eve talky takes a job to work for Purdue Pharma. The corruption surrounding this pharmaceutical company and the government agencies runs deep!

Although Bridget Meyer’s marriage is falling apart she does experience a small victory when she lands a meeting with the Food & Drug Administration and they agree to take action against the lain medication if she can provide proof that it’s unsafe to consume even when used as prescribed. Bridget visits a Drug Enforcement Agency museum where the highly regarded Rudy Giuliana gives a presentation highlighting the benefits of Oxycotin and why it’s such a transformative medication. It’s obvious that Purdue Pharma has him in their pocket as well. Bridget puts together a report that shows that 98% of Oxycotin deaths were a result of patients taking the drug with other non-lethal medications. People that started to abuse the drug went on to use harder drugs like heroin.

Prosecutors Rick and Randy realize that they have been working on the case for three years. They began to backtrack through the evidence that they have been building and they discover that Purdue Pharma has paid off a lot of people to get its drug approves for use when they realized that the Oxycontin blood charts have tampered with it. The blood charts were false and according to an analyst, the only way it could have made it through the FDA’s approval process is if someone turned a blind eye. Martin Willis is Purdue Pharma’s top sales rep. He has generated a billion dollars for the pharmaceutical company but over the last few months, he has become dissatisfied with selling Oxycontin. He even declines Amber’s offer to go home with him and he’s had a huge crush on her for years.

Betsy has been doing her best to stay on the right path. She prays with her family every day and even works out. However, when she walks past her ex-girlfriend’s trailer one day it makes her emotional and she falls right back into the downward spiral of addiction. She goes to her drug dealer and asks for Oxycontin but her dealer gives her heroin instead. This is Betsy’s first introduction to street drugs. 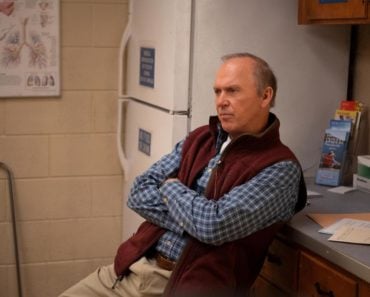 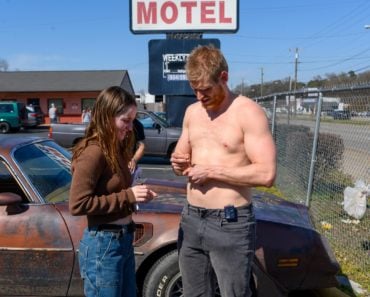 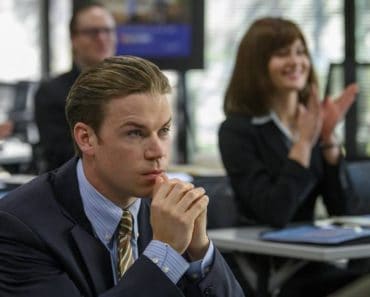 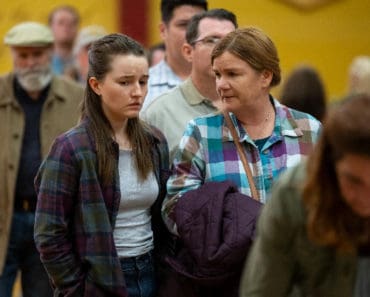