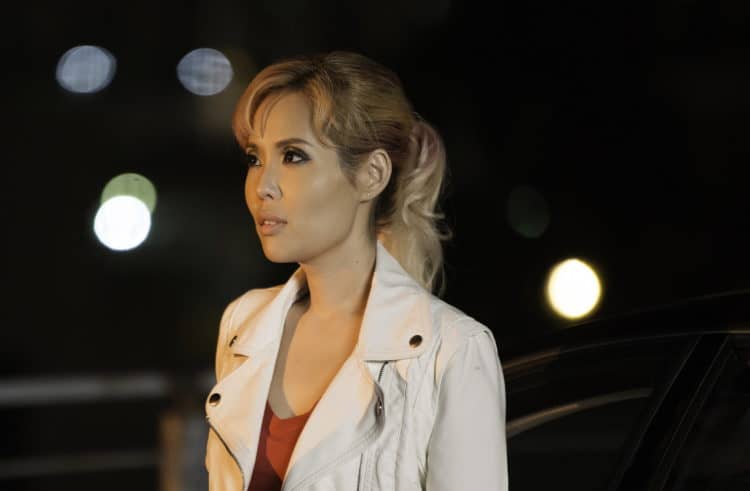 Ever since “The Fare” was released, Brinna Kelly has been getting many interviews which have helped thrust her into the limelight. It is not the first film she has worked on, but we all know there is always one film that makes a difference in the life of an actor. “The Fare” has been described as one of the most intriguing independent films which goes to show how talented the actress is. Here are a few more details about Brinna to shed light on her chosen career path and what inspired her indie film.

Inspiration can come from anywhere if only we take our time to look for it. For Brinna, she did not even have to search for it; it came to her inbox. The film’s director, D.C. Hamilton, sent her an article of how phantom fares were being reported by cab drivers operating around where the Fukushima nuclear disaster occurred. According to the article, dazed passengers would disappear as they rode in the back of a cab. The director thought that would make a great movie and Brinna agreed with him hence gave it a “Twilight Zone” twist.

2. She is a writer, producer and actress

Brinna disclosed to MovieWeb that in as much as writing, producing and acting in her films is challenging, it comes with the territory. As a producer for independent films, the tight budgets cannot afford her the luxury of hiring a catering team or drivers. Therefore even in “The Fare”, she got to be the caterer and driver as well. Of course, you cannot serve two masters and expect a splendid job in both. Therefore Brinna had a hard time focusing on each task.

Television shows are more than just entertainment as proven by how much “Twilight Zone” influenced Brinna as a child. The second season of the series had episodes that left young Brinna’s mind “blown away,” as she puts it. According to her, the twist of events that occur in episode 15 made her realize that not everything is as it seems. Further, the 6th episode taught Brinna that we get to form our own opinions as it opened her to the real meaning of perception.

4. She once was a writer for a stand-up comedian

A journey of 1000 miles begins with one step, and for Brinna, who hoped to one day become a screenwriter, her first step towards achieving her goal came through writing comedy. She loves humor hence began writing for a stand-up comedian before proceeding to write for a sketch comedy show. To Brinna, humor is what connects two characters, and she makes a point of incorporating some in “The Fare” to facilitate a connection between Penny and Harris.

5. She met with Gino when filming “The Fare.”

You cannot force chemistry to exist between people, but when it does happen, then there is no way the two can hide it. That said, Brinna confesses that some people find it hard to believe that she and Gino did not know each other before the making of “The Fare.” The two actors met nine days before filming started and they instantly felt connected. The spontaneity in their energy made rehearsing unnecessary since they wanted to be in the moment. Besides the chemistry, they both are experienced actors who have a background in both film and theater; hence, when the cameras began rolling, they just clicked.

6. “The Fare” is her first romantic film

Most producers usually stick to the genre that fans have come to appreciate them in; hence, people like Sylvester Stallone do not do comedy while Adam Sandler does not do action. Still, when some try to do something different, it works out for the best with Damon Wayans’ performance in “Lethal Weapon” proving comedy is not the only thing he is cut out to do. Brinna, on the other hand, has established herself in the genre of horror films with movies like “The Midnight Man” and “The Binding.” However, she found she is still a romantic at heart hence incorporated some romance in “The Fare”, and it turned out beautifully.

According to Stephen Follows, the average time it takes for a Hollywood film to make it to the cinemas is 871 days. Comedies have the shortest pre-release announcement period of 751 days, and Adventure films take 1,103 days. Independent films, however, not only have to make budget cuts but work with a limited timeline. Brinna and her team, therefore, took only six days to film “The Fare;” there is a day they did 25 pages. With just three main characters, she admitted shooting was not that hectic.

8. She hopes to make a Halloween classic

Brinna’s career goal is to one day make a Halloween classic, and she is already laying down the foundation for this dream. Consequently, she is working on two scripts that are both in the horror genre; one is horror-comedy while the other is horror-fantasy. Brinna loves Halloween, and she is waiting to see how the audience responds to “The Fare” so she can have the chance to bring both of these scripts to life. As she told The Blood Shed, for one to make it in the horror film genre, the last film made must speak to the audience before proceeding to the next.

The number of followers has been used to rate how well someone is doing, considering that YouTube subscribers could help in making millions. However, sometimes that is not always the case; there are celebrities on social media whose following barely reaches a thousand. For instance, Steven Spielberg has 963 followers and 84 followers on Instagram and Twitter, respectively. Brinna, can therefore not beat herself up over her low number of followers; 294 on Twitter and 398 on Facebook.

Brinna is not a familiar face, but surprisingly, she has been in the industry since she was 11. She confessed that the film industry is where she has been all her life, and she must have been focused on pursuing it professionally. Brinna went to UCLA, and immediately after graduating, she began writing scripts. As for her acting career, she prefers starring in her own projects.