Home
Entertainment
Blade vs. Wolverine: Could It Happen? 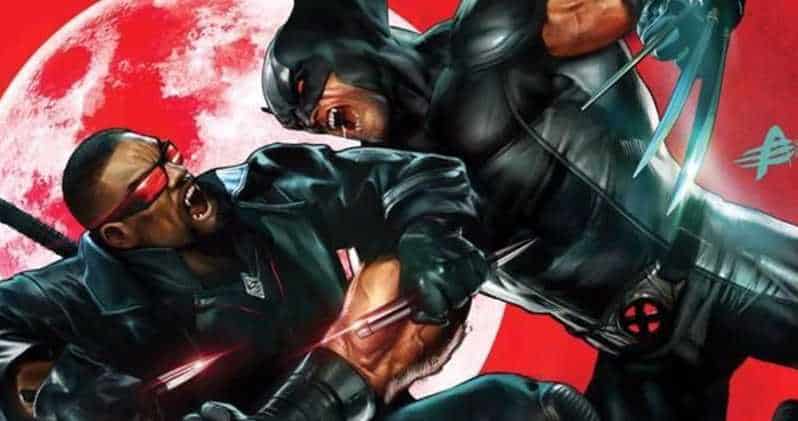 Ryan Scott of MovieWeb has made it clear that Blade and Wolverine already been seen going head to head in the comics, but what might happen if we were given the chance to see it on the big screen? A lot of people would stand to either side of the dividing line as you can guess, with a lot claiming that Blade is great but he’s not quite on Wolverine’s level, and others stating that Wolverine might be biting off more than he can chew with the daywalker. It’d be a good match to be honest since both are unique and deadly hunters that are quite good at what they do and are without a doubt deadly in their own right. One of them is half-breed vampire that has unique healing abilities, while the other is a mutant with healing abilities and an indestructible metal skeleton that gives him an increased level of durability.

Some folks would point out that Blade can’t hang with Wolverine since he has no natural defenses that would keep the clawed mutant from ripping him open, while some might claim that Blade is more than just a strong and durable vampire hunter. Some would say that Blade could put a round into Wolverine’s eye and end him, while others would remind those people that this would indicate that Wolverine is going to sit still and let it happen. A fight between these two would no doubt get up close and personal without much hope of either keeping the their opponent at a distance. In the end thought it would be moot since they’re both out to achieve the same goal, to defeat anyone that seeks to harm those can’t defend themselves. Pitting heroes against one another is kind of interesting since it takes into account their many different abilities and pits them against one another at their peak levels and with plenty of preparation that could help sway the battle. But in an ideal world combatants of this caliber wouldn’t be completely rested or at their absolute best since it would seem that they’d be all over one another when they could gain the best advantage.

What’s even better though is the thought, the hope really, that we might get to see them on the big screen one day, or perhaps even on the small screen. Blade has already been confirmed to be coming to the MCU in Phase 5 if not later, and Kevin Feige has stated that the X-Men are indeed coming as well. So why couldn’t these two meet up at some point? It would be a culmination of heroes from such different backgrounds that it would be easy to anticipate the epic nature of it. While the Avengers movies were great since they brought together so many heroes, a lot of them were those that fans recognized as being from the same team. This kind of negated the overall feeling of risk since Ant Man, Wasp, Hulk, Thor, Iron Man, Captain America, and everyone associated with them were within the same rough sphere of influence. Blade and Wolverine don’t have that connection, and because of this there’s a lot more risk, but a chance of a much greater payoff if it worked. It’s easy to think that the MCU isn’t even considering this as more than a fringe idea if they’re considering it at all, but if they did in fact manage to come around to such an idea it would likely be met with a great deal of excitement. Why?

It would be different, that’s why. It would be taking two superheroes that are known for being absolutely vicious, tend to go no holds barred, and yet are bound to protect humanity at the same time despite being reviled by the same folks they try to save. Blade is a bit arrogant in his manner, as is Wolverine at times, but one thing that can be agreed upon is that they’re simply the best at what they do, despite the fact that Blade is something of a specialist. His whole M.O. is that he goes after vampires, for the most part, while Wolverine has fought enemies that are mystical, earth-born, and even cosmic in nature. He’s gone toe to toe with the Hulk and while he did lose a few times he’s also gained a couple of victories throughout the years in different universes. Blade’s accomplishments are no less as he’s gone up against some truly powerful enemies and come out the other side. But it would appear that Wolverine might have a slight edge on Blade not only in combat experience, but also in the sheer durability he possesses and the amount of pain he can take. Blade is tough, no doubts, but he’s still not quite up to Logan’s level. Of course some folks have other ideas about this.