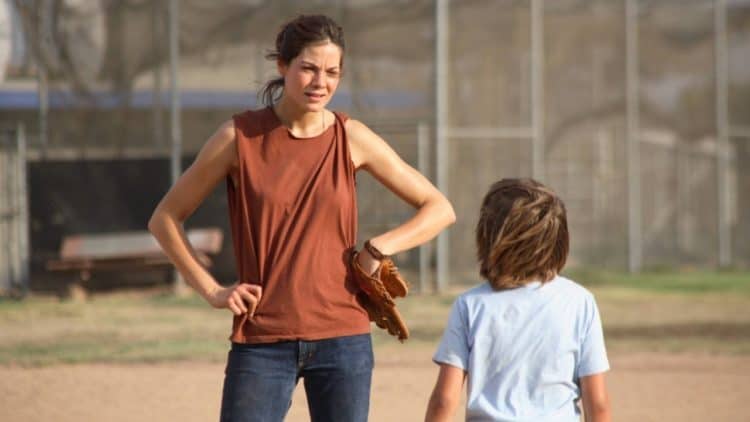 Michelle Monaghan seems like one of the many actresses that is definitely beautiful and very skilled but seems to be pushed to the side every now and again for various reason that are hard to figure out. She’s done quite a bit of modeling in her time so it can’t possibly be her looks, and she’s proven to be a skilled actress so it’s not her talent. Somehow though it would seem that she doesn’t always get the most high-profile roles that would suit her, though the roles that she does end up getting tend to be those that allow her talent to come forward in a big way. It feels fair to say that her career has been on an upswing as of the last several years and despite starring in a few clunkers here and there she’s been getting noticed more and more as time goes on. At this point it does seem as though we could start seeing her in one blockbuster after another if she really desired such roles.

Here are a few of the best moments she’s had in the movies thus far.

I can already hear the groaning and the eye-rolling that’s going on but hear me out on this one. Pixels was a flop, there’s no doubt about it, but it wasn’t really the fault of Michelle or anyone else on the cast, it simply wasn’t a well-scripted movie. But her part in this film was actually kind of interesting since she played the role of a single mother as well as a woman in the military that was helping out with a very specialized project that had the uncertain task of saving the world. While the whole plot and premise was kind of, well, strange, she created a very solid character that was a lot more multi-dimensional than the others.

It’s amazing how Ethan Hunt’s life seems to revolve in circles and pulls in all those that have either interacted with him in the past or still have something to do with him in the present. Case in point is his former wife Julia who everyone thought was dead in Ghost Protocol until the very end of the movie. Thankfully she was alive and well and being allowed to live her life and be happy. It does seem kind of hard to think about how someone could be completely happy not knowing and not being able to find out just where their significant other was at any given time or if they were being safe. It’d be even worse for the agent thinking that their work could eventually harm the people they care about.

This is an odd movie if you can get through it without getting one massive migraine. Going back into the past to change it usually has rules that once broken have huge ramifications for those involved, but this time around it seems as though the greatest limit is the amount of time that one can spend in the past due to the program making it possible. If that’s not enough, the program allows a person to inhabit the body of another individual, kind of like a Quantum Leap version of time travel that tends to expire in eight minutes since the subject ends up being killed after that length of time.

It’s amazing how people can go so long without seeing one another and then just pick up as though no time has passed. Dawson and Amanda were fated to be with one another it would seem but fate is often a bit cruel even when it’s kind since she was involved with her husband and his son when Dawson came back into her life. This complication wasn’t tested nearly as much as you might think, but when her son is in a car accident and needs a new heart the donor is found quickly, which seems unreal, though she has no idea who it was. A year later however her son has tracked down the donor and found out that it was Dawson, who was shot by his father. In the end they are able to be near each other, in one way at least.

Admittedly her part in this movie is very small but it is meaningful since she’s the reason that Robert Downey Jr. braves a trip with a very eccentric man that causes him no end of trouble and almost makes him miss the birth of his child. But when all is said and done he gets to be there for his wife and newborn child and has made a rather strange friend in the process. It’s as touching as it is funny, which is what makes it such a great movie.

She’s worth a lot more than some folks seem to think in terms of acting.